Monty Don has taken to Twitter to reveal he’s experiencing problems with rabbits in his Longmeadow garden. The Gardeners’ World host, 67, lamented the issue he’s facing in his veegtable garden, before revealing he’s planning to get one of his dogs to address it.

The rabbits have crossed a line…

In view of his 274,000 followers, the horticulturalist shared the scope of the problem with his fans.

Monty wrote: “The rabbits have crossed a line… Over to you Patti,” he added, referencing his Yorkshire Terrier dog.

The star also shared a snap of one of his vegetable patches.

A large hole could clearly be seen in between rows of plants. 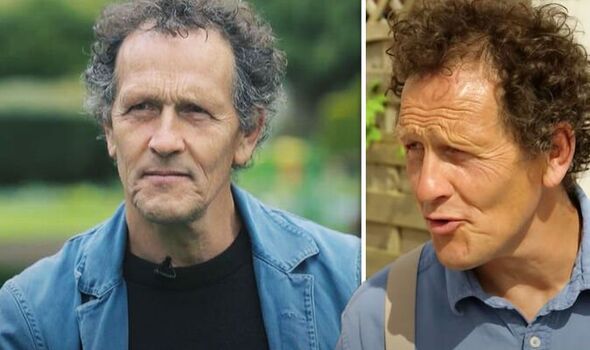 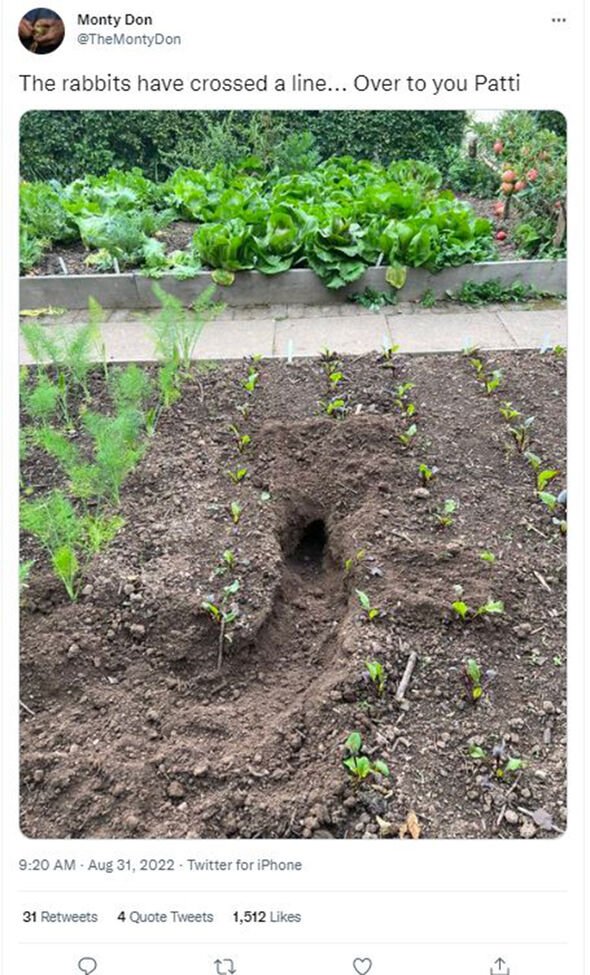 Following his post, Monty’s fans took to the comments to sympathise with the star.

Twitter user @AnnaSkiing wrote: “I feel your pain, I’m trying to protect a young lilac and dogwood from pesky deer.”

@Twiggymitch replied: “Rabbits ate all my strawberries and raspberries.

“I moved strawberries to greenhouse and pulled out raspberries. 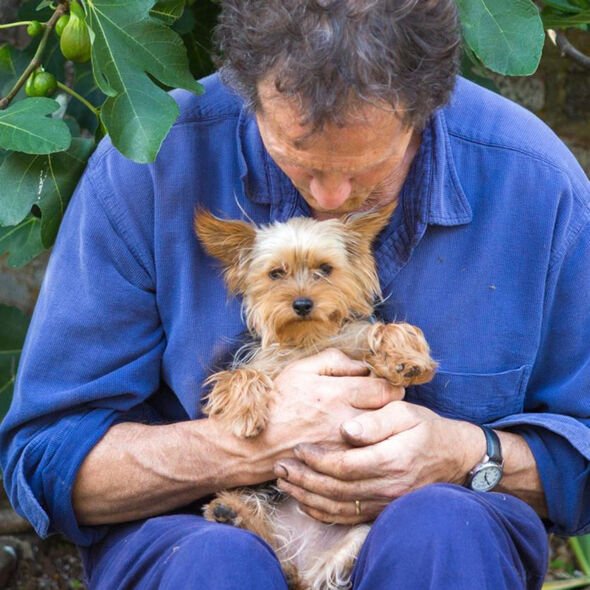 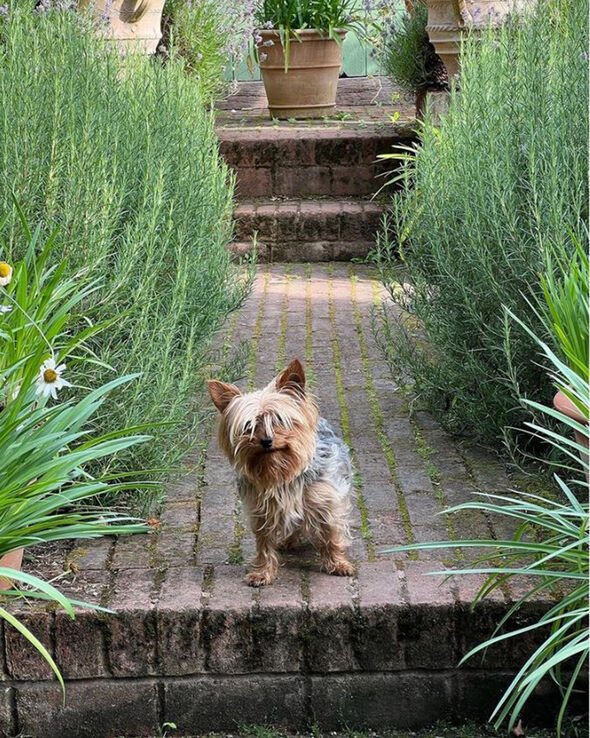 “I’m planting my potted rhubarb in their place and hopefully the water rats don’t eat it like last time,” they added.

It comes after Monty was inundated with support as he and his family welcomed a new arrival.

The BBC favourite now has another reason to celebrate after he shared the family has welcomed another baby’s arrival.

Monty and his wife Sarah were already proud grandparents to their grandson George, granddaughter Daisy, and they have now welcomed another grandson into the family.

The horticulturalist penned: “I acquired another grandson yesterday. Everyone very happy.”

He was swiftly inundated with messages as fans also shared their delight about the happy news.

Monty recently sent social media fans into a meltdown when he shared a candid photo with his granddaughter Daisy, who was born in May.

The gardener sweetly held his granddaughter close to his chest as he rested his head on top of the little one’s sun hat.

He tweeted: “My granddaughter Daisy – slightly bemused by sun hat and being cuddled by strange man but strange man could not be happier.”