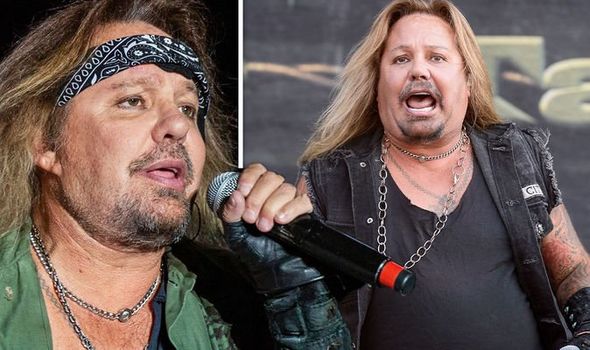 Motley Crue star Vince Neil, 60, has been admitted to hospital after suffering an accident during a performance, according to reports.

The musician reportedly fell off stage during a gig with his solo band.

Vince was performing at the Monster on the Mountain festival in Tennessee on Friday night when the shock fall took place.

According to TMZ, Neil had only played a few songs in his set when he fell through a gap between one of the speakers and the stage.

He was then helped to his feet by a member of the crew before hobbling away from the gig.

The US media outlet reports he was rushed to hospital in an ambulance where X-rays were taken.

Bassist Dana Strum is said to have given the crowd an update about Neil’s injuries during the gig.

He reportedly said: “The truth is – Vince fell and broke ribs when he fell. He can’t breathe and he’s gonna get dealt with medically.

“He was so excited to be here. He lives in Tennessee. But he was willing to stick it out and tough it out when the people back here were telling him, ‘Don’t do it.’

“Let’s have one good round of applause, please, for this guy.”