Neil Jones: ‘Could have gone a different way’ Strictly professional breaks up fight

Neil Jones is known for his incredible ballroom skills as a dancer on Strictly Come Dancing and he’s currently performing with his wife, Katya Jones, on hitter Somnium: A Dancer’s Dream show.

But taking a break from displaying his amazing moves, the star broke up a fight at his local supermarket on Monday night.

The star explained he was out with his dog when he come across the altercation.

“I went out to the local supermarket and a fight started outside,” he told HELLO! at their Star Women Awards.

I said there’s no point fighting about it, they were just drunk

“I was there with my little dog, and I went out there and I broke it up, and I went up to the guy and I said ‘look just go home, you’re going to forget about this tomorrow and it’s going to feel really stupid.’”

He continued: “I said there’s no point fighting about it, they were just drunk.”

Neil reflected that the fight could have ended up a lot worse for the pair.

Meanwhile, Neil has been an avid watcher of Love Island 2019 this year and hasn’t stopped sharing his opinions on Twitter.

Yesterday, Neil had his say on Molly-Mae Hague after she was annoyed following a challenge which suggested she only on the show for the prize money of £50,000. 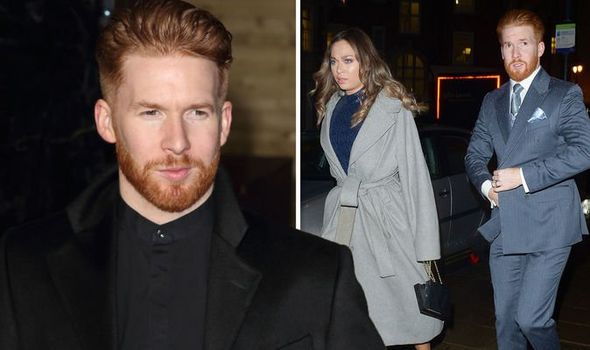 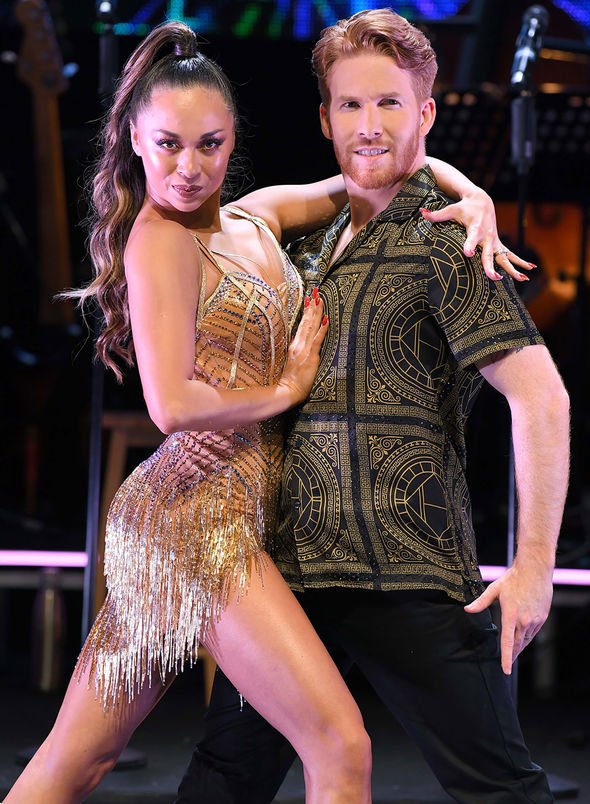 One joked Neil’s wife, Katya, needed to interfere and said: “@Mrs_katjones i beg you take his phone away I am WEEZING”

Another agreed: “All the people on love island want money….that’s all their brain think off and of course fame.”(sic)

A third found Neil hilarious and commented: “Omg Neil is back with the love island tweets I’m dying.” 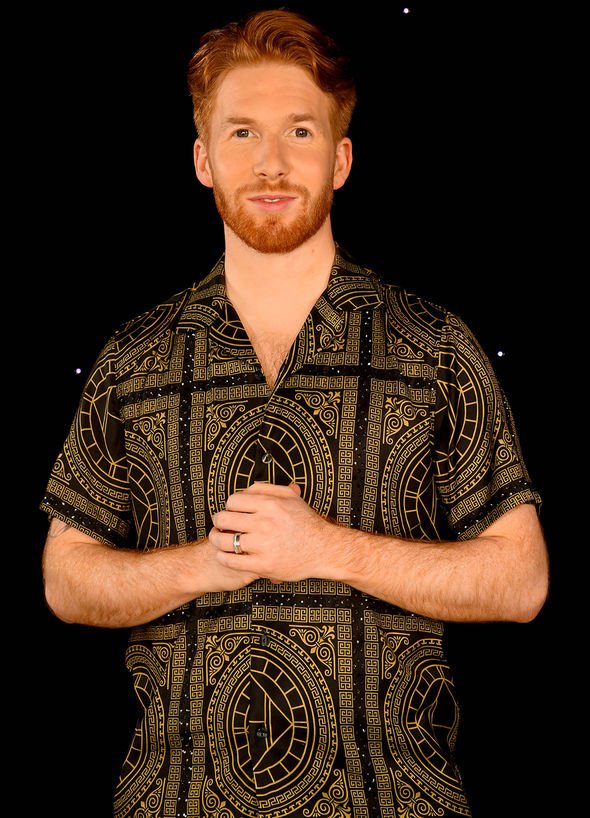 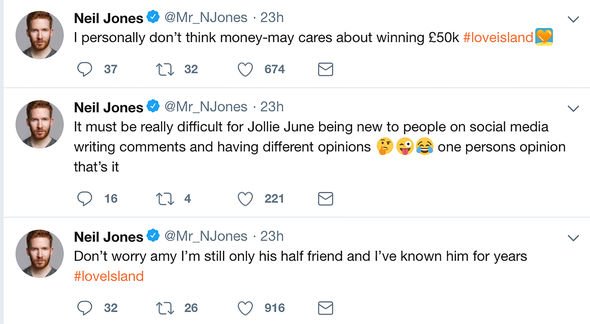 In another tweet, Neil commented on his pal, Curtis Pritchard, who is Strictly Come Dancing professional, AJ Pritchard’s brother.

Curtis is currently paired with Amy Hart, and on the show last night, the blonde beauty quizzed the dance on whether they will work on the outside.

AJ’s brother was a little lost for words as he failed to give Amy, his half-girlfriend, an answer.

Neil wrote: “Don’t worry Amy I’m still only his half friend and I’ve known him for years #lovelsland.”