OBJ and Olivier Vernon ain’t the only shiny new pieces on the Browns this season … ’cause safety Jermaine Whitehead just copped a new diamond pedant — worth $75k!!

TMZ Sports has learned … the ex-Auburn star is adding to his growing jewelry collection … copping a Roman Numeral “II” pendant from Luxe Jewelers in ATL in honor of his favorite number (’cause he’s the 2nd son in his family).

We’re told the piece is made of 7 carat VVS diamonds and 18k gold and features the years he played ball in high school, college and the NFL on the back.

Of course, Whitehead also had a massive jewelry haul earlier this year … which added up to $79k, so the dude is clearly a fan of shiny things. 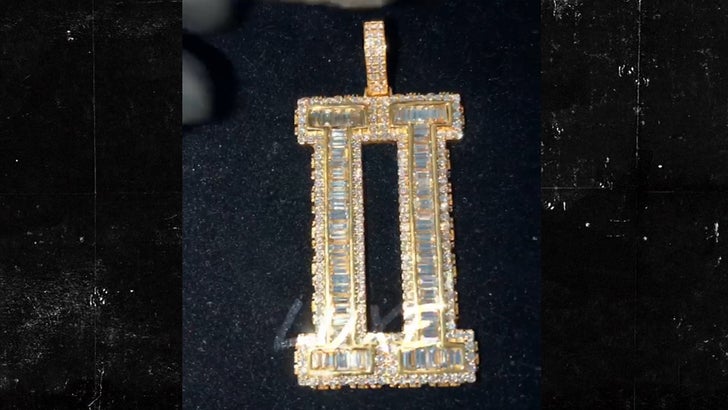 Cleveland fans are probably hoping the next batch of ice coming his way is a Super Bowl ring.