Early on in an interview with The Guardian about her new film, “Being the Ricardos,” Nicole Kidman called out the reporter for asking a “sexist” question about Nicole’s ex-husband, Tom Cruise. They’d been talking about her performance as Lucille Ball in a film focused on the “I Love Lucy” star’s marriage to Desi Arnaz, which ultimately ended in divorce in 1960. “It’s about a creative and romantic relationship that doesn’t work out. But from it come some extraordinary things. And I love that. I love that it’s not a happy ending,” Nicole said. “This film says you can make an extraordinary relationship thrive and leave remnants of it that exist forever. Yeah, that’s really gorgeous. You can’t make people behave how you want them to, and sometimes you’re going to fall in love with someone who isn’t going to be the person you spend the rest of your life with. And I think that’s all very relatable. You may have kids with them. You may not, but they were very much in love.” That’s when the reporter asked Nicole if her comments were her “way of talking about Tom Cruise,” whom she divorced in 2001 after 11 years of marriage. “Oh, my God, no, no. Absolutely not. No. I mean, that’s, honestly, so long ago that that isn’t in this equation. So no,” said Nicole, who remarried in 2006 and now shares two young daughters with Keith Urban. “And I would ask not to be pigeonholed that way, either,” she added. “It feels to me almost sexist, because I’m not sure anyone would say that to a man. And at some point, you go, ‘Give me my life. In its own right.'”

More than 10 years after they called time on their marriage, Arnold Schwarzenegger and Maria Shriver are officially divorced. The two had been using a private judge to mediate their apparently complex divorce. According to TMZ, the private judge signed paperwork approving the split terms earlier this month and a sitting judge in Los Angeles made it official on Dec. 28. Arnie and Maria separated in May 2011 after 25 years of marriage in the wake of news the “Terminator” star fathered a son with the family’s housekeeper. TMZ reports they had no prenup and basically split their substantial property and assets — thought to be in the neighborhood of $400 million — equally between the two.

When surgeon-turned celebrity TV doctor, Mehmet Oz — known better as Dr. Oz — announced he was running for U.S. Senate in Pennsylvania as a Republican in 2022, Oprah Winfrey initially stayed mum on her longtime friend, colleague and regular “Oprah Winfrey Show” guest’s campaign. She finally addressed Dr. Oz’s candidacy in a New York magazine profile published this week. “One of the great things about our democracy is that every citizen can decide to run for public office,” Oprah said in a statement. “Mehmet Oz has made that decision. And now it’s up to the residents of Pennsylvania to decide who will represent them.” Despite her tepid comments about his senate run, Oprah’s professional relationship with Dr. Oz dates back to at least 2003, when she produced 13 episodes of his Discovery Channel show, “Second Opinion With Dr. Oz.” He was also a guest on five seasons of “Oprah,” according to Wikipedia. More recently, he’s come under fire for advocating unproven or disproven approaches to medical issues including COVID-19, and for inviting anti-vaccination activists on his show. “We are angry at our government and at each other,” Dr. Oz said in his November campaign announcement. “We have not managed our crises as effectively as past generations. During the pandemic, I learned that when you mix politics and medicine, you get politics instead of solutions. That’s why I am running for the U.S. Senate: to help fix the problems and to help us heal.”

Travis Barker’s daughter, Alabama Barker, sparked concern this week when she shared a photo of a hospital bracelet with her name on it on her Instagram Stories. The newly minted 16-year-old didn’t elaborate on why she was hospitalized, but she did say she was on her way to recovery. “I’m gonna be OK! Thank you to everybody who made sure I was good,” she captioned the bracelet pic. According to Page Six, Alabama’s health scare came shortly after she celebrated her 16th birthday on Dec. 24 with her father, her soon-to-be stepmom, Kourtney Kardashian, and Kourtney’s son, Reign Disick. Travis shares Alabama and her brother, Landon Barker, with his ex-wife, Shanna Moakler.

Producer Dr. Dre is saying goodbye to “more than one-fifth of his fortune and roughly half of his liquid assets” as her prepares to pay his ex-wife, Nicole Young, $100 million in their divorce settlement, Rolling Stone reported this week. According to TMZ, the Beats Electronics founder is slated to fork over $50 million before the end of the year, with the second $50 million payment due in 2022.Nicole, who filed for divorce in June 2020, will also move out of the former couple’s home in Malibu by the end of the week, though she’ll reportedly hang onto their Rolls Royce, Range Rover, Escalade limousine and Spyder motorcycle, as well as her jewelry. Dre, whose estimated net worth hovers around $820 million, will reportedly keep their seven properties and six of their vehicles. Dre and Nicole’s high-stakes divorce has been contentious at times, with Nicole claiming Dre “held a gun to [her] head” twice and “punched” her twice, Dre denied the allegations. 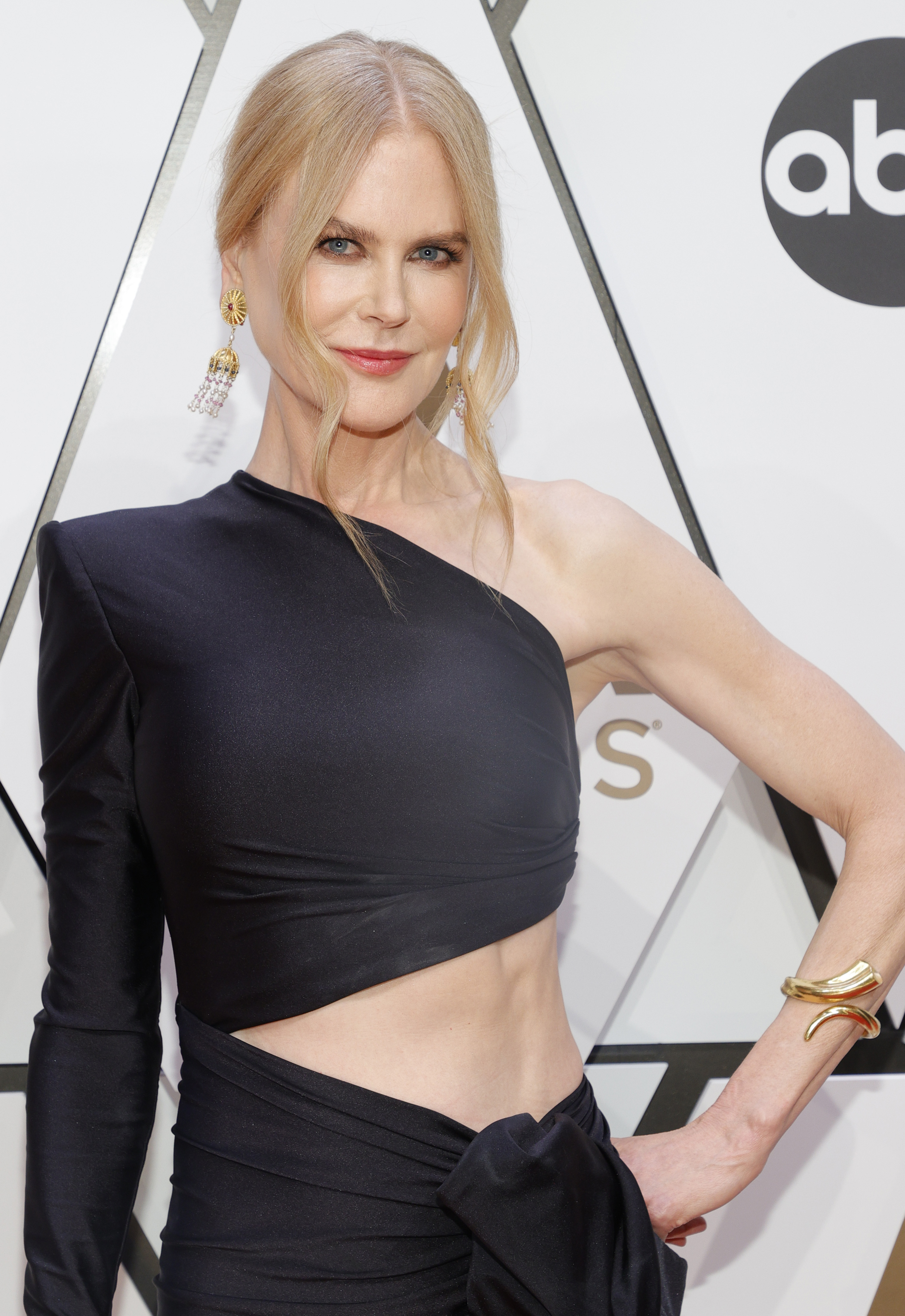 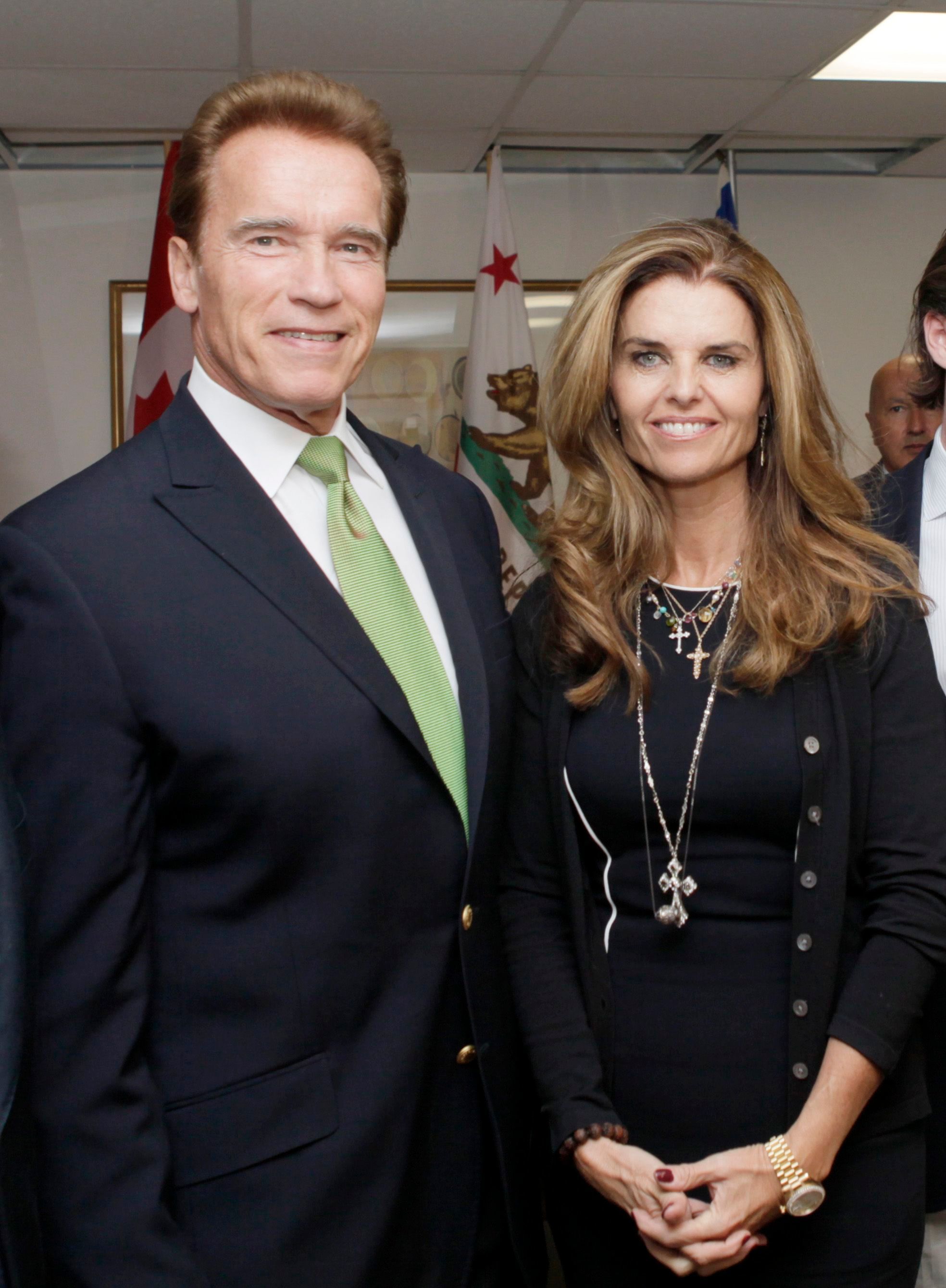 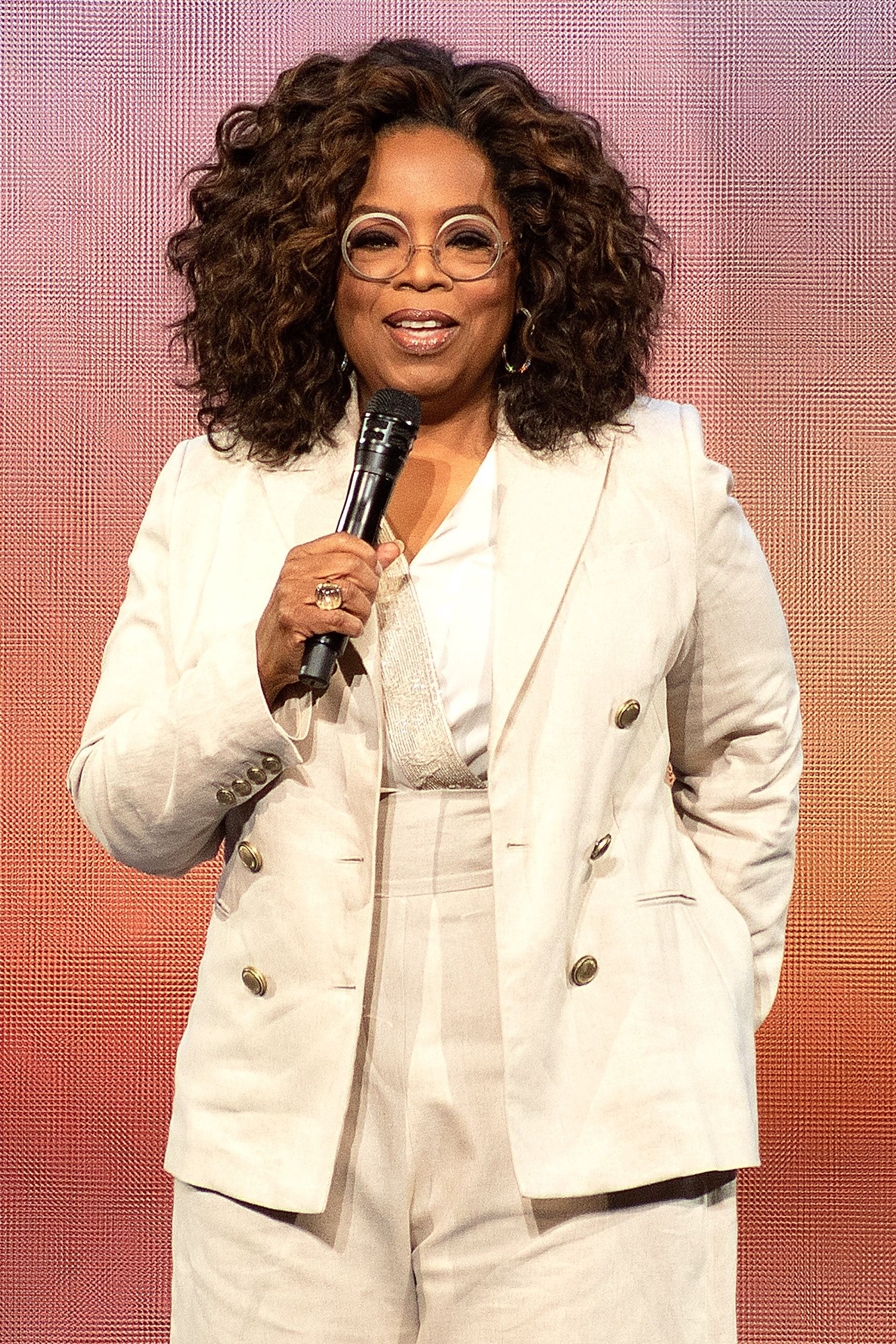 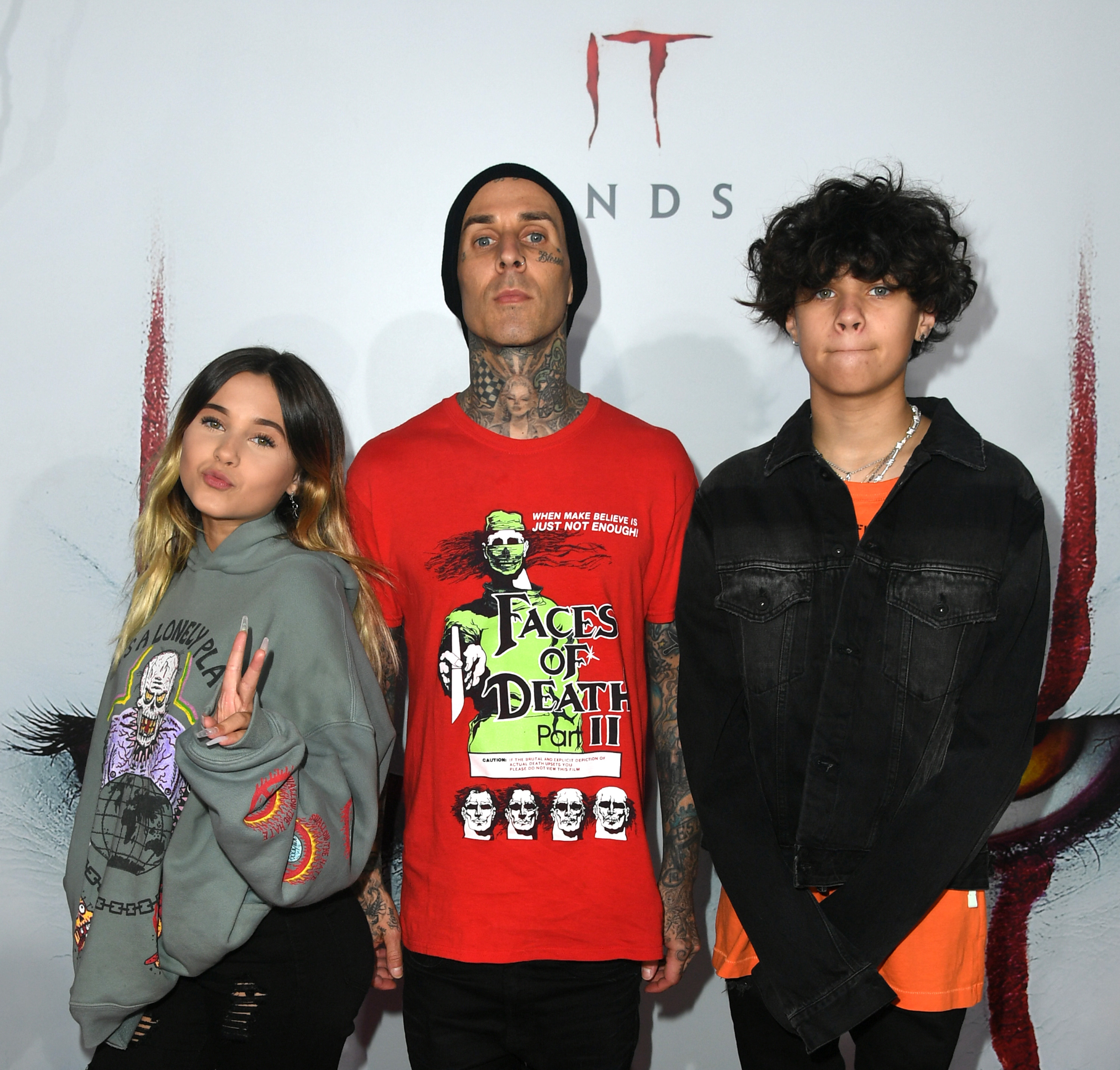 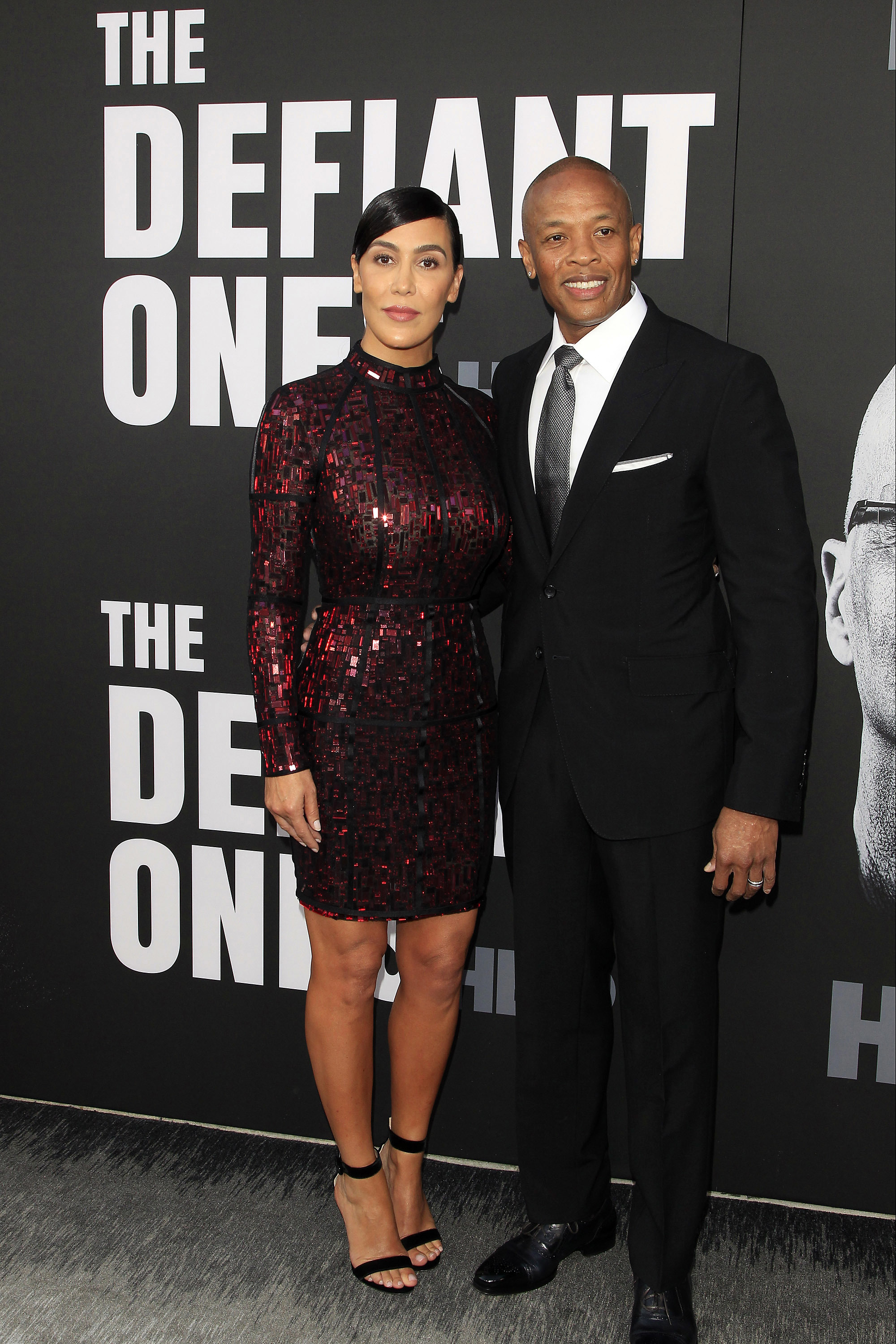 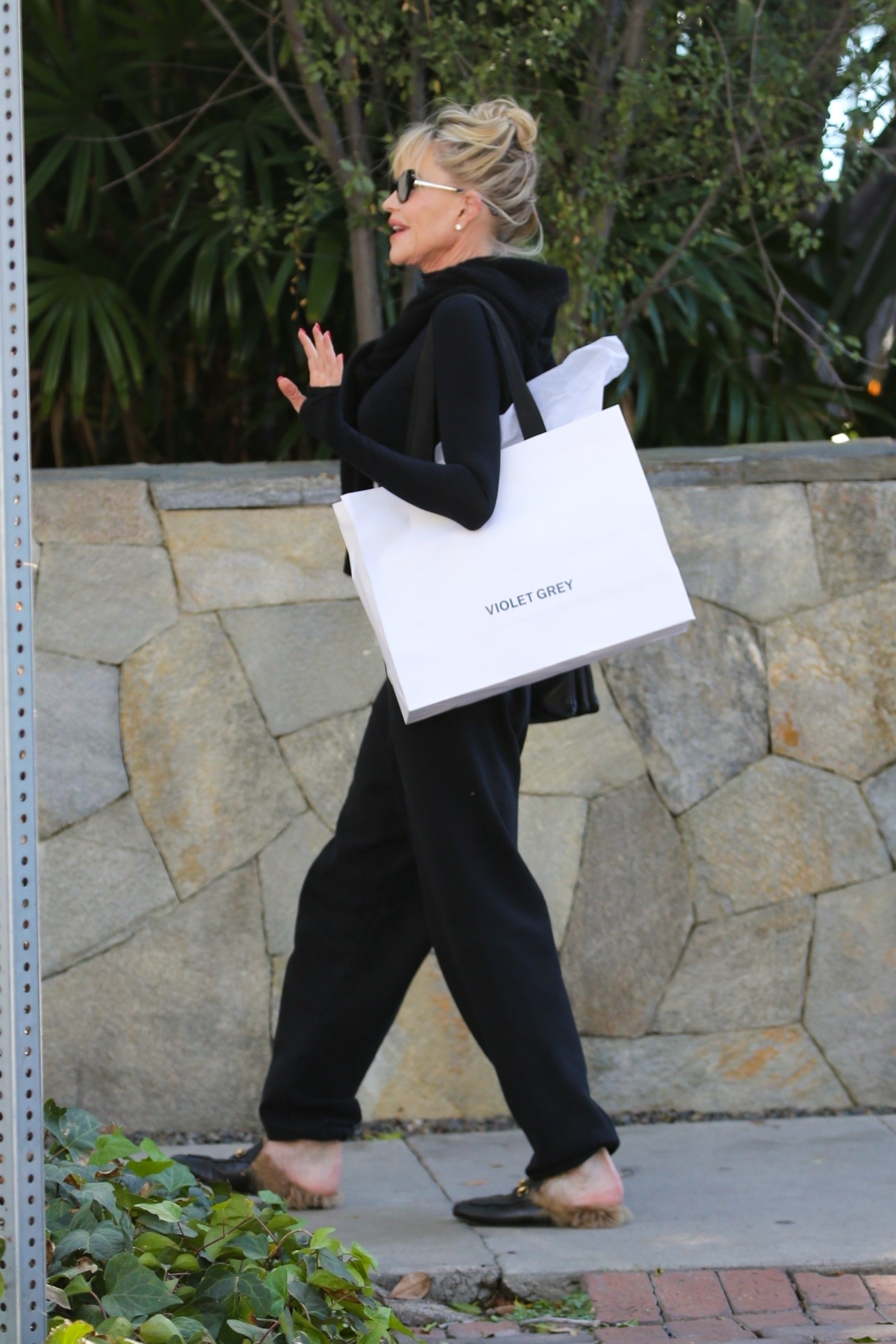