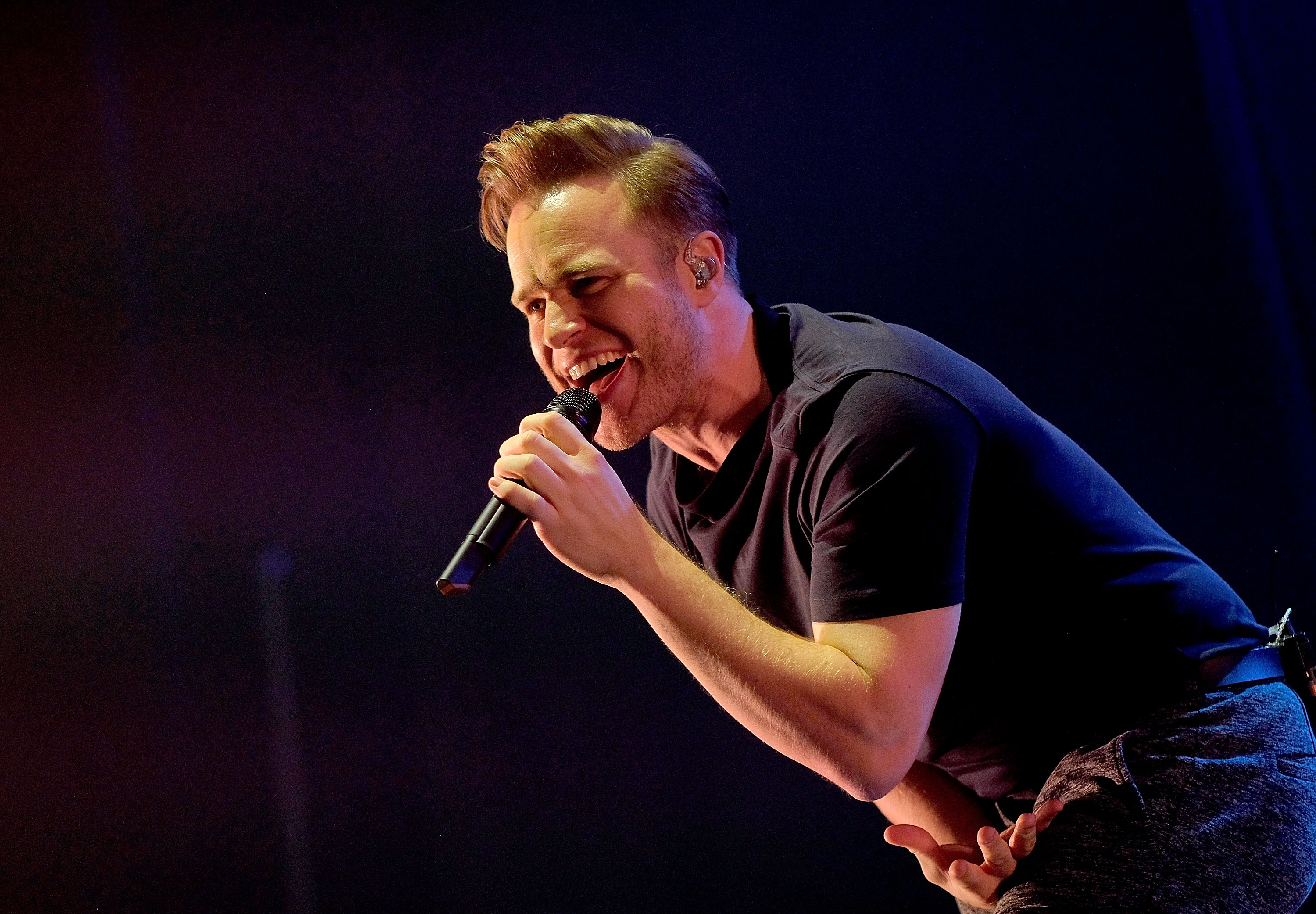 Olly Murs has unveiled his genuinely impressive body transformation as he worked to get fitter than ever after injuring his knee.

The Dear Darling singer, 38, suffered the injury while performing on-stage in August 2021, when he jumped during his second song and dislodged a bone fragment from his leg which then got stuck in his knee.

The injury is painful enough just to imagine, never mind experience – but trooper Olly not only finished the song but the show as a whole, limping through the remainder of his set list.

While he pushed himself as much as possible, Olly was forced to cancel the remainder of his tour this year after being hospitalised with yet another knee operation.

Over a year after the injury, the former X Factor star has now revealed how he’s been working on his fitness as he swears he won’t let his bad knee ‘stop me from [bouncing] around on stage.’

Taking to Instagram, Olly shared a hugely impressive side-by-side comparison of him before starting his fitness kick and now – with a brand-new six pack and toned and muscular body.

Sharing the photo with his four million followers, Olly wrote: ‘Put ya positive pants on and tackle the day 😅💪🏻👌🏻.’

Staying positive, Olly explained: ‘Facts are my knee won’t ever be back to normal but it won’t stop me from bouncy around on stage or in life. You know who I am and I ain’t stopping for no-one! ‘

He teased: ‘Hope ya ready for the madness cos I am!’

The Voice judge often shares clips of himself working out on social media since starting his health kick, which makes him a perfect match for his fiance – bodybuilder Amelia Tank.

Olly recently asked Amelia to marry him while they were on a romantic beach holiday together, having first got together in 2019.

And the star is back in good health after being forced to cancel shows this summer, saying he was ‘gutted’ to have to do so.

‘I’ve had to undergo major new knee surgery again this week 🤦🏻‍♂️😩 been trying my best to avoid having it done but the op was needed and it went well,’ he wrote on Instagram at the time.

‘I’m recovering in hospital but it means I’m having to cancel all my summer shows this year whilst I focus on my rehab… ‘I’m so bloody sorry but my focus now is on recovering and I’ll keep you all updated on how I’m getting on!’

Signing off, he teased: ‘Stay cheeky catch you soon.’