Pete Davidson and Phoebe Dynevor Pack on the PDA at Wimbledon

Dearest readers, it’s official: Phoebe Dynevor and Pete Davidson have attended their first public event together as a couple!

The Bridgerton star appeared to be totally smitten with her new beau in pics taken during day six of the Wimbledon Tennis Championships at the All England Lawn Tennis and Croquet Club on Saturday. Dynevor, 26, and Davidson, 27, seemed to pay no mind to onlookers as they cuddled, laughed and took selfies at the high-profile event.

At one point, Dynevor was even caught kissing Davidson on the cheek, a move that had the Saturday Night Live star smiling ear-to-ear. And in case that wasn’t cute enough, the two adorably showed up to the championship game in matching green ensembles. 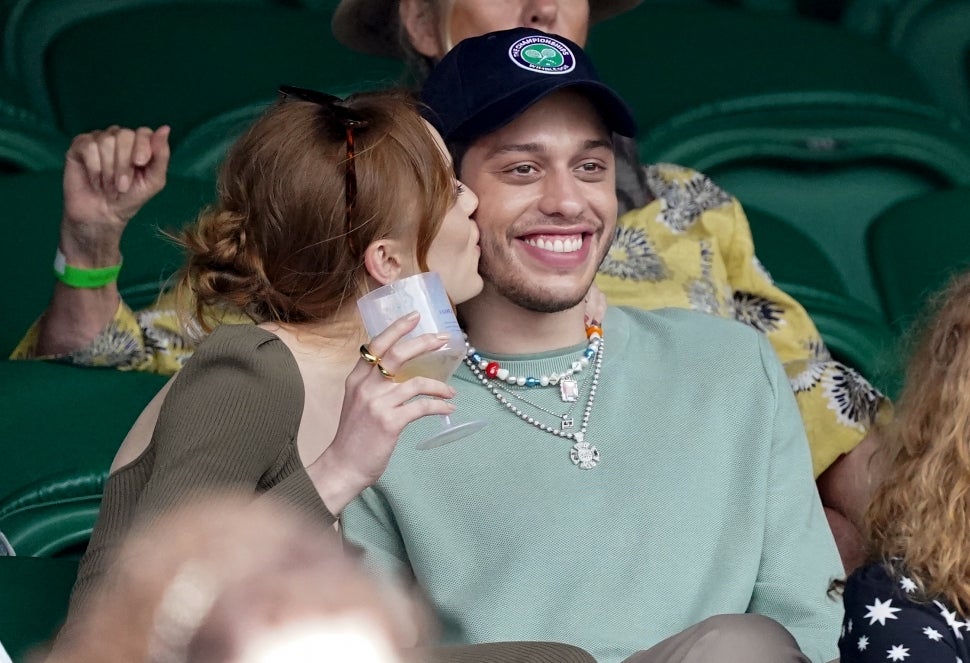 Rumors that Dynevor and Davidson were dating first started swirling back in March, when an eyewitness told ET that the pair was allegedly holding hands while in the United Kingdom together. That same month, a source told ET that Davidson and Dynevor “really hit it off” after meeting at a New York City gathering.

“They started off as friends and quickly realized there was chemistry between [them],” the source said. “Pete and Phoebe started out casually dating but things have gotten a bit more serious recently.”

The source added that Davidson and Dynevor “have traveled between New York City and England to spend time with one another while also working.”

In April, they were spotted hanging out together again near Stoke-on-Trent, an English city just south of Manchester. The two were seen visiting a grocery store and taking a stroll together in photos obtained by The Daily Mail at the time. While on their walk, they appeared to be laughing and joking around, with their arms wrapped around each other.

Hear more in the video below.