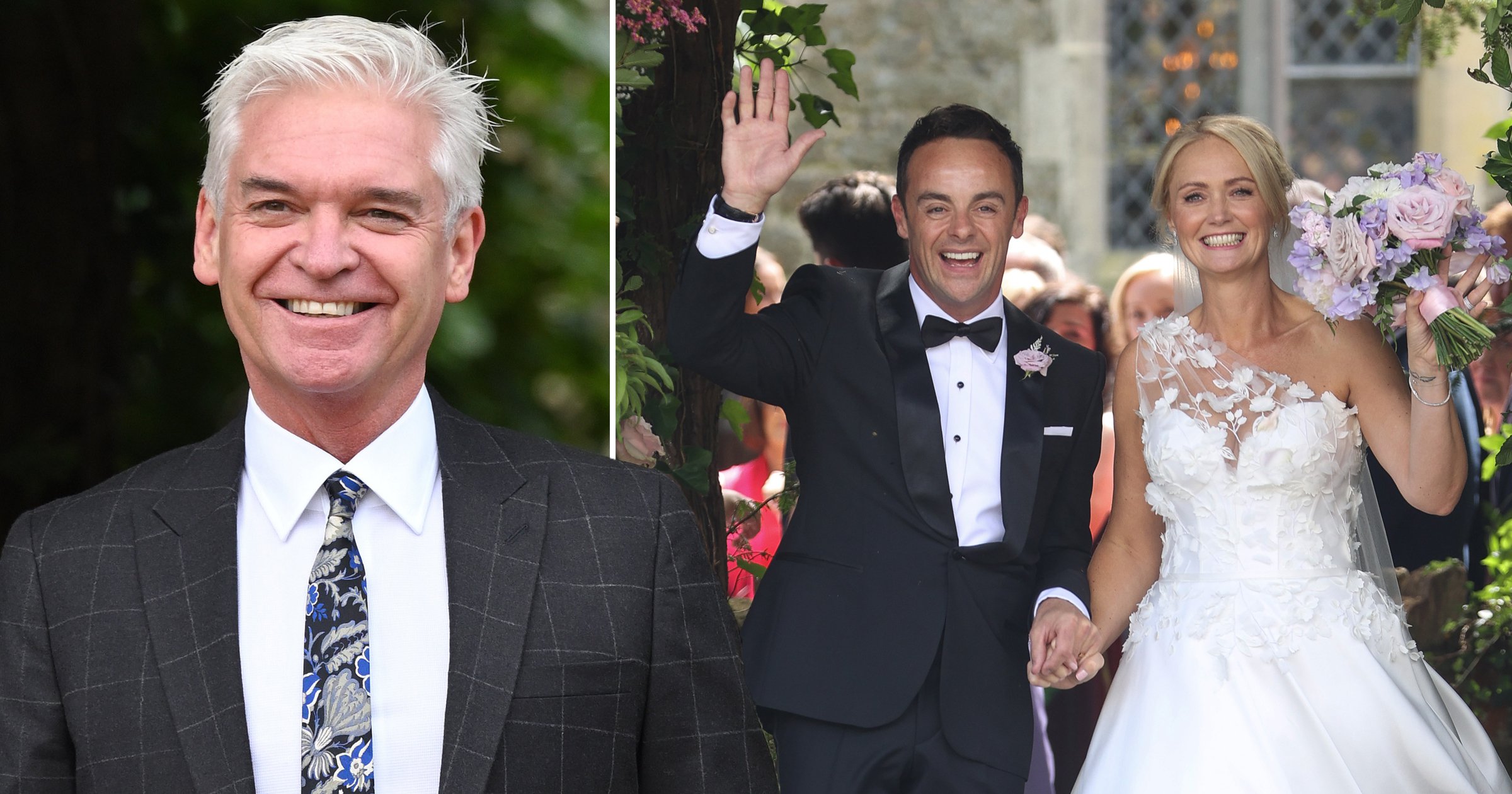 Ant McPartlin’s wedding to Anne-Marie Corbett in Hampshire on Saturday has been praised by invited guests including Phillip Schofield, who gushed about the ‘amazing’ day.

Britain’s Got Talent and I’m A Celebrity co-host Ant tied the knot with his former PA Anne-Marie after three years of dating, and the pair welcomed a whole swathe of British TV talent among their 100 invitees.

This Morning host Phillip Schofield, who attended with Stephanie Lowe, spoke in superlatives about the ceremony at St Michael’s Church in Heckfield.

Talking to the Sunday Mirror, he shared: ‘It was amazing. It was really fun, really nice, warm and cheerful. I really enjoyed it.’

Ant’s BGT colleague David Walliams, a judge on the show since 2012, also shared his thoughts with the publication.

‘It was very romantic,’ the popular children’s author said. ‘They have a great sense of humour so there were a few laughs.’

David attended with his rumoured ex-partner, actress and former glamour model Keeley Hazell, who has most recently been linked with Jason Sudeikis.

Dozens of people gathered outside the church after the afternoon ceremony, where Ant and Anne-Marie shared a kiss at the prompting of onlookers, much to the delight of fans.

Among the rest of the star-studded attendees was, of course, Ant’s best friend and long-standing professional partner, Declan Donnelly, who was on best man duties.

BGT judge Alesha Dixon and her husband Azuka Ononye were also guests, alongside Cat Deeley and Patrick Kielty, Frank and Christine Lampard and Dermot O’Leary and his wife Dee Koppang.

Stephen Mulhern, who appears on Ant and Dec’s Saturday Night Takeaway, was also said to have had a special role as he performed a mini routine which had everyone ‘in rafts of laughter’, according to a MailOnline source.

Not everyone was able to make the special day of Ant, 45, and Anne-Marie, 43, though as Amanda Holden sent her best wishes from abroad.

The performer and BGT judge wrote on Instagram: ‘So sorry we will miss @antanddec special day…we are still away. Sending our love and huge congratulations to Ant & Amzie on this special day.’

The newlyweds and guests enjoyed a reported £100,000 reception at Heckfield Place hotel, with a menu by Michelin star chef Skye Gyngell and plans in place to party until 1am.