Former GMB presenter Piers Morgan, 55, has taken to social media to hit back at critics, a week after making the decision to leave the ITV breakfast show. After facing backlash on social media and more than 57,000 Ofcom complaints sparked by his comments about the Duchess of Sussex, Piers left the show after six years of hosting alongside co-host Susanna Reid, 50.

Taking to Twitter yesterday evening, the TV star informed his 7.8million followers of his thoughts on the drama from the past week.

He wrote: “Two key points from the past week that need reinforcing: 1) It’s not ‘racist’ to disbelieve someone who’s telling lies.

“2) You don’t have to agree with a word I say to support my right to have my own opinions.”

The tweet from the controversial personality has so far garnered 40,000 likes. 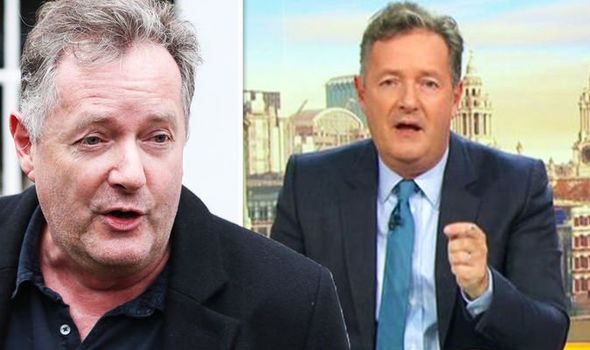 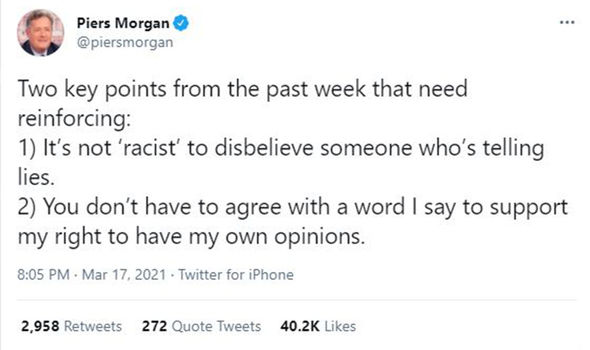 Followers of the presenter were quick to weigh in with their views in the comments.

One wrote in support of the ITV host: “Whatever you may think of Piers, (and I disagree with him more than most), on these two points he is absolutely 100% correct, and I do wish more people would take these on board, and really think about their response to a particular comment before they start calling people out.”

Another added that while they weren’t a fan of the newsreader, they agreed with his views: “Can’t stand Piers Morgan.

“But the campaign against him and the complaints to Ofcom have been absolutely ridiculous. I still fail to see what he said that deserved so many complaints.” 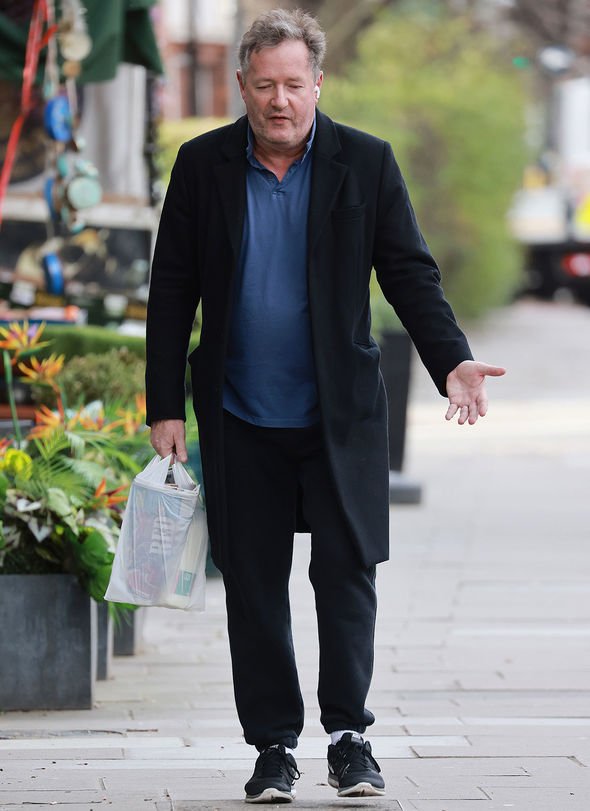 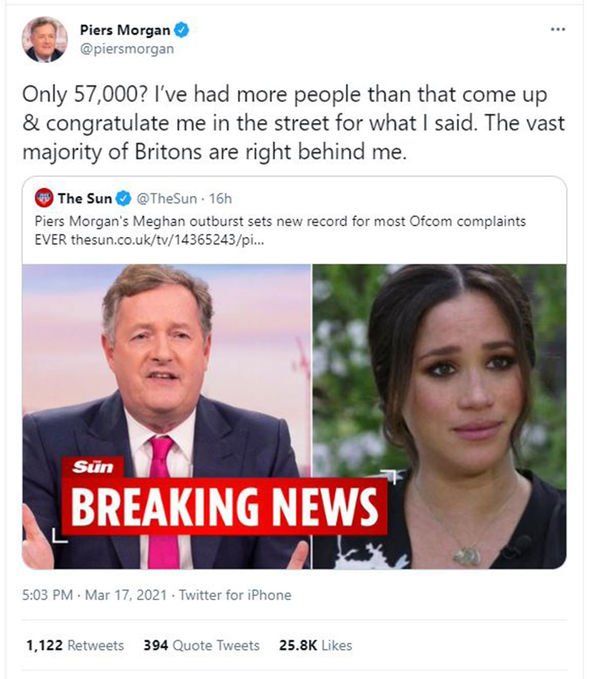 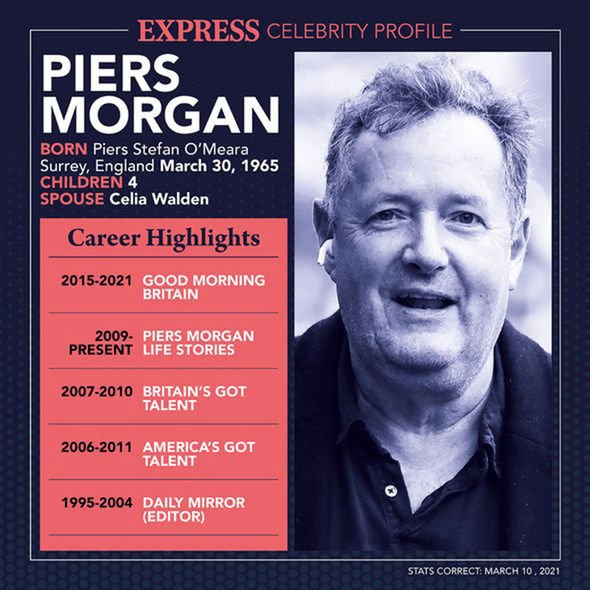 It was revealed yesterday that in the week since Piers’ departure, the breakfast show has seen its ratings plummet.

According to The Daily Mirror, GMB viewers were down by 255,700, compared to last Monday’s instalment with Piers.

On Monday, the episode saw 1.3 million people tuning in at its peak, with an average of 895,000 viewers, compared to last week’s episode, which attracted 1.9 million viewers.

Since his exit, Piers has hit out at rival BBC Breakfast for the final time, boasting that GMB had smashed them in ratings the day he stormed off the ITV programme. He gloated: “BREAKING NEWS: Good Morning Britain beat BBC Breakfast in the ratings yesterday for the first time. My work is done.”

Piers’ tweet towards his critics comes a day after he responded to the news that his rant about Meghan Markle on GMB was the most complained about TV moment ever, attracting nearly 60,000 complaints.

He wrote: “Only 57,000? I’ve had more people than that come up & congratulate me in the street for what I said.

“The vast majority of Britons are right behind me.”

During her landmark chat alongside Prince Harry, Meghan opened up about racism she had experienced as well as her own mental health.

The Duchess of Sussex told Oprah how she had felt suicidal at times after joining the Royal Family.

On the morning after it aired in the US, Piers told GMB viewers how he didn’t believe anything Meghan had said.

This led to condemnation from many stars as well as criticism from leading mental health charity Mind.