Post Malone Will Return to Stage After Hospitalization Following Fall

3:24 PM PT — Post Malone just broke his silence, confirming that he’ll be back on stage tonight in Cleveland. 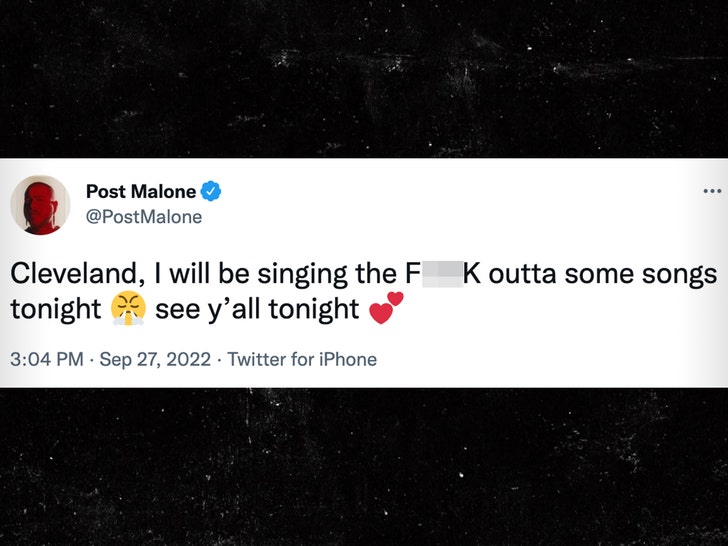 Post Malone is stepping back into the spotlight after needing to be hospitalized in Boston last weekend — powering through the pain for his fans.

Sources connected to the singer tell TMZ … Post will perform Tuesday in Cleveland, where he’s scheduled to hit the Rocket Mortgage FieldHouse.

This is pretty major news, considering fans (especially those in CLE) have been wondering if he’d be able to take the stage after abruptly pulling the plug on Saturday’s gig. Now, we know he’ll see his fans — but we’re told he’s still nursing a rib injury from that nasty fall.

Our sources tell us PM got a CAT scan and X-Rays done over the weekend, and doctors found he’s suffering from a small fracture in his rib cage. We’re told Post was given pain meds to manage things — and after a few days of rest, our sources say he’s given his team the green light that he plans to rock the house.

He’s got another gig Wednesday in Pittsburgh, and more shows next week. Obviously, he’ll feel things out after Cleveland, but it’s a good sign he’s making his way back so soon.