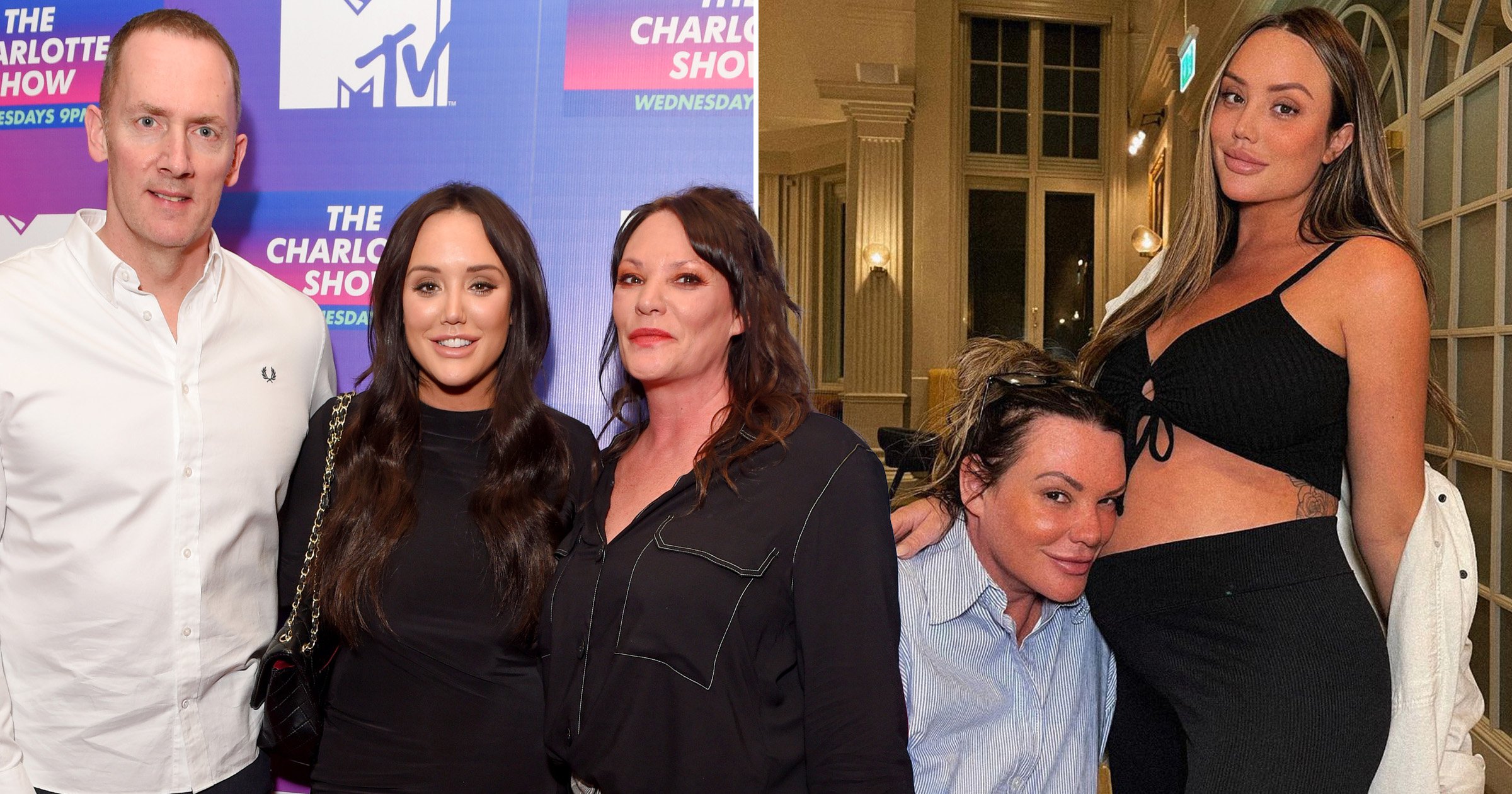 Charlotte Crosby’s mother was diagnosed with breast cancer just weeks after the Geordie Shore star found out she was pregnant with her first child, the pair have revealed.

Letitia Crosby, 53, had had no symptoms of lumps but was shocked to discover she had breast cancer which was found during a routine mammogram.

Routine mammograms begin between the age of 50 and 53 and continue every three years until the person turns 71, however Charlotte and Letitia are campaigning for the age to be lowered.

Letitia told The Sun: ‘It was just a routine mammogram, I have never missed one. When they told me it was cancer I was floored.’

She added: ‘It was so difficult to tell Charlotte I had cancer. We had all the happy news a couple of months before that she was having the baby.’

Charlotte, 32, who is expecting her first child with boyfriend Jake Ankers, discovered a lump in her own breast after her mum’s diagnosis, revealing: ‘I became so much more aware of my own body.

‘And then I found a lump literally just after mum was diagnosed. I went to get it checked out straight away. Luckily it was nothing bad.’

Letitia had to undergo four biopsies on the 11mm tumour before having a five-and-a-half hour surgery to remove it and reconstruct her breast, also having three lymph nodes removed.

She is now set to undergo chemotherapy and radiotherapy to ensure all of the cancerous cells have been eradicated from her body.

The pair have been to pick out a wig together for when Letitia loses her hair and she admitted that the diagnosis has ‘taken the enjoyment’ away from what should be an exciting time awaiting her first grandchild.

Charlotte admitted it was hard for the news to sink in for her as she couldn’t believe her mother actually had cancer.

She shared a sweet photo of Letitia cradling her bump on Instagram as she told her followers the news, adding: ‘Something we have been dealing with behind closed doors for some time now.

‘I want to first say how much I admire my mam for her bravery and strength. Love you so much mam forever and ever.

‘And secondly she wanted to share her story to help anyone going through the same thing to prompt everyone NOT TO MISS THEIR MAMMOGRAMS!’

Charlotte added: ‘My mams journey is far from over yet we are all taking each day at a time as a family and she’s is the very best hands of our amazing NHS.’