The Duke and Duchess of Cambridge are set to visit Cardiff on Saturday to meet some of Wales’ best-known performers ahead of the city’s Platinum Jubilee Celebration Concert.

Buckingham Palace revealed that William and Kate will be introduced to the crew at Cardiff Castle where they’ll learn about the show’s lighting, sound and visual effects before getting hands-on with some final preparations.

The pair will also get a chance to meet show hosts, Aled Jones and Shan Cothi, along with performers such as Mike Peters from The Alarm, singer Bonnie Tyler, West-End star John Owen Jones, weatherman Owain Wyn Evans and Pendyrus Male Voice Choir.

MORE: 7 pictures which prove the Countess of Wessex has the closest bond with mother-in-law the Queen

With the performances scheduled to finish at 7pm, the crowds are expected to stay on and watch BBC’s Party at the Palace on giant screens in the castle grounds. 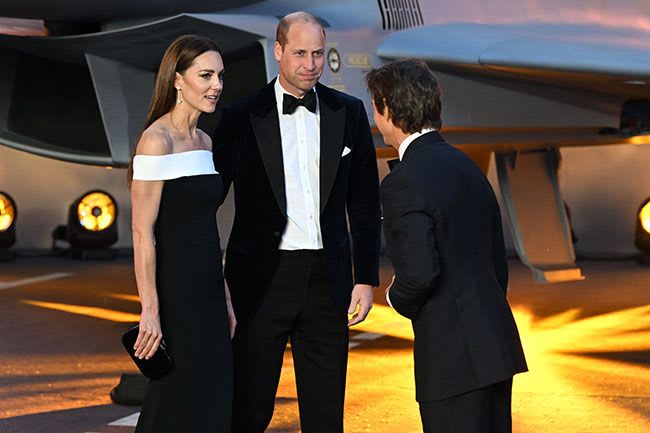 Over the jam-packed jubilee bank holiday weekend, members of the royal family will travel to other home nations, with the Earl and Countess of Wessex set to visit Northern Ireland.

Sophie and Edward are due to meet children taking part in multicultural street performances, join in with art and craft sessions, and speak to people as they share their personal memories of meeting the Queen.

Princess Anne will be visiting Edinburgh on Friday

Accompanied by her husband, Vice Admiral Sir Tim Laurence, Princess Anne will visit Edinburgh on Friday. The couple will tour Edinburgh Zoo before meeting with children for an animal handling session in the Rainforest Room. To finish their tour, the royal couple will visit the much-loved Penguin Enclosure.

Beyond this, The Princess Royal will visit HMS Albion where she’ll inspect a guard of honour before boarding the amphibious transport dock and meeting representatives from charities across Scotland.