Tea for one. Prince William carried on with his royal duties on Monday as his wife, Kate Middleton, continues to self-isolate following an exposure to COVID-19.

The event marked the 73rd anniversary of the NHS and was originally supposed to include Middleton.

But it was announced on Sunday that the mother of three was self-isolating at home after coming into contact with someone who tested positive for COVID-19.

A royal source previously confirmed to ET that the duchess received both of her vaccinations after going public with her first one in late May. Prior to the news of her exposure, she attended Wimbledon on Friday.

The Big Tea event was conceived by the duke and duchess, who were given permission by Queen Elizabeth II to plan it. The Big Tea was supposed to herald the return to garden parties, which have been canceled since the start of the pandemic. 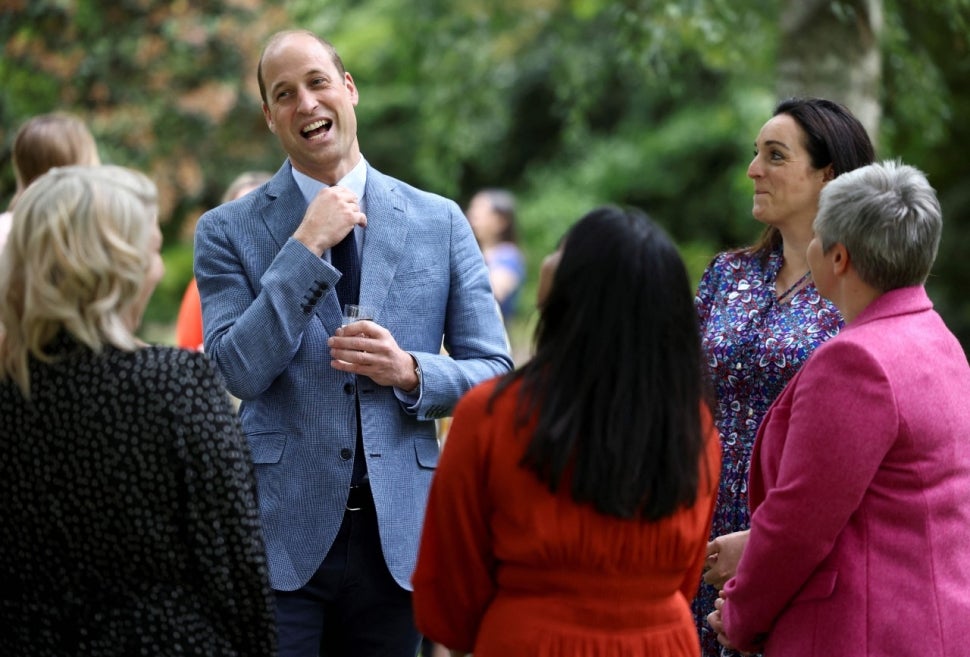 Despite his wife’s absence, William carried out the event, praising the healthcare heroes for their tireless work.

“I am delighted you could all come here and thank you. What you guys are doing on a daily basis is just extraordinary, I don’t know how you all keep it up, it’s been truly relentless,” he said to the NHS workers who attended the event.

Earlier in the day, William attended the Service of Thanksgiving at St. Paul’s Cathedral in London.

In honor of the special occasion, the queen awarded the George Cross to the NHS, sharing a handwritten letter on social media.

"It is with great pleasure on behalf of a grateful nation, that I award the George Cross to the National Health Services of the United Kingdom.”

Her Majesty The Queen pic.twitter.com/fgfmEpCvZ0

“Over more than seven decades and especially in recent times, you have supported the people of our country with courage, compassion and dedication, demonstrating the highest stands of public service,” the queen wrote in her message. “You have our enduring thanks and heartfelt appreciation.”

The George Cross is awarded for “acts of the greatest heroism or of the most courage in circumstances of extreme danger.”