At 95 and less than a year before she celebrates her Platinum Jubilee marking an unprecedented 70 years on the throne, Her Majesty is getting ready to meet her 13th occupant of the White House, President Joe Biden and his wife, first lady Jill Biden, at Windsor Castle on Sunday, after the conclusion of a summit he is attending in Cornwall.

As the president’s press secretary, Jen Psaki, told reporters said last week, “Who among us wouldn’t want to meet the queen? … They issued, of course, a graceful invitation, which he certainly accepted. He’s looking forward to seeing her with Dr. Biden as well.”

This will be the Bidens’ first overseas trip since taking office and his first meeting with the queen as president, although he may have been introduced to her in the past during his nearly five decades in Washington.

During her reign, the queen has been treated to a record five State Dinners at the White House – more than any other monarch or head of state according to the White House Historical Association.

The announcement: Queen Elizabeth II and Joe Biden to meet at Windsor Castle 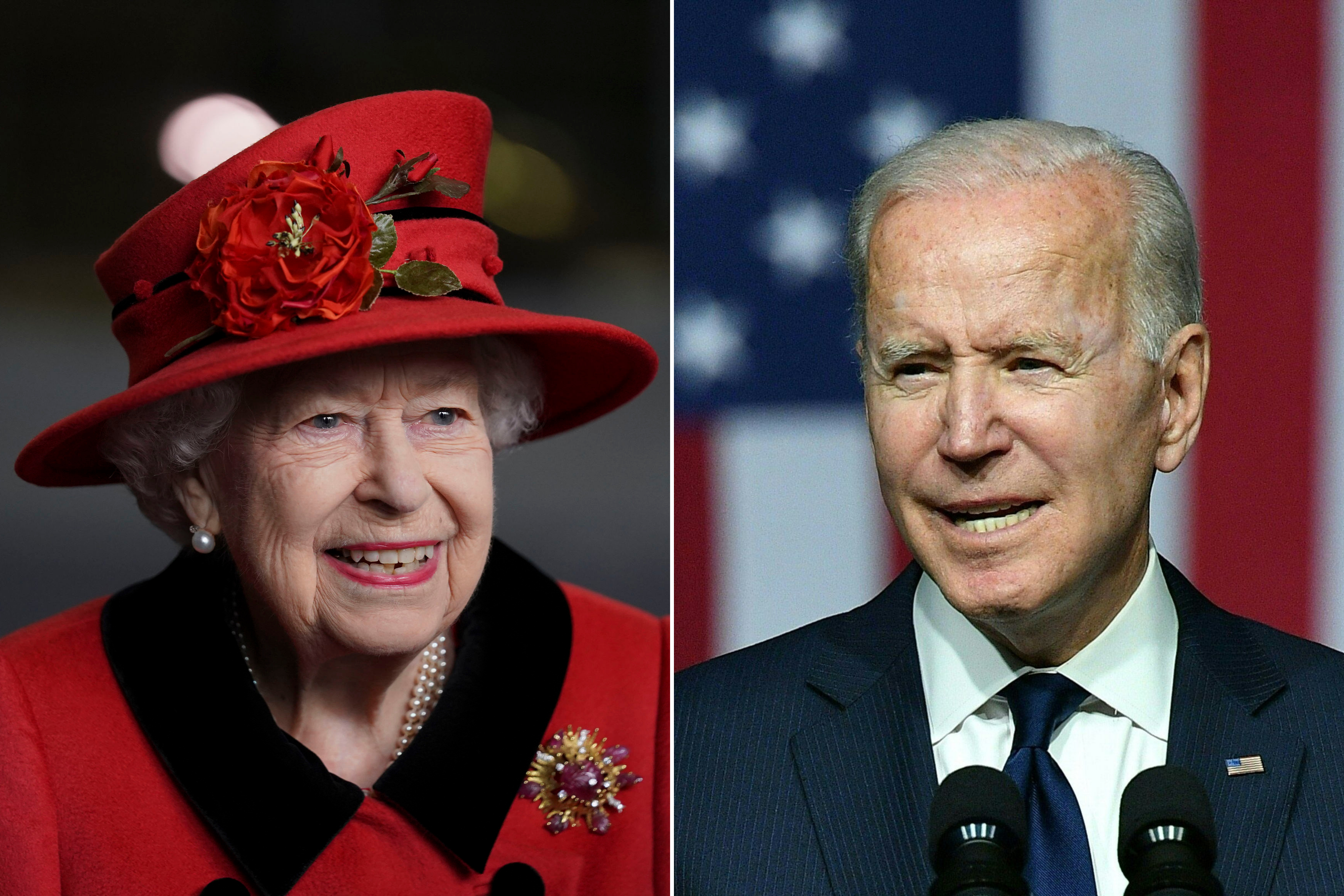 Queen Elizabeth II and President Joe Biden will meet at Windsor Castle on the final day of the June 11-13 visit to the U.K. for the Group of Seven leaders' summit. (Photo: Steve Parsons/WPA Pool/Getty Images, Mandel Ngan/AFP via Getty Images)

Which US presidents has Queen Elizabeth II met?

No other human being alive now (or ever) can say what she can say: to have met every serving American president except one (President Lyndon Johnson) out of 14 since 1951, historians say. Her first was President Harry Truman, whom she met when she was Princess Elizabeth, the year before she became queen.

That record is in part due to her age and long service. But it’s also because of the esteem in which she is held. The president of the United States may be the most powerful world leader but the queen is arguably the most famous and the most well-liked, possessed of tremendous soft power earned over seven decades.

So the Bidens, who took office just under five months ago, are no doubt aware this meeting will be a date with a woman who is as much a living symbol of history as the 1,000-year-old castle in which they will meet.

Although Buckingham Palace is the queen’s working residence, she has been sheltering and working at her weekend residence at Windsor Castle west of London since the start of the coronavirus pandemic in 2020.

Next year: Britain plans celebrations for Queen Elizabeth’s upcoming 70 years on the throne 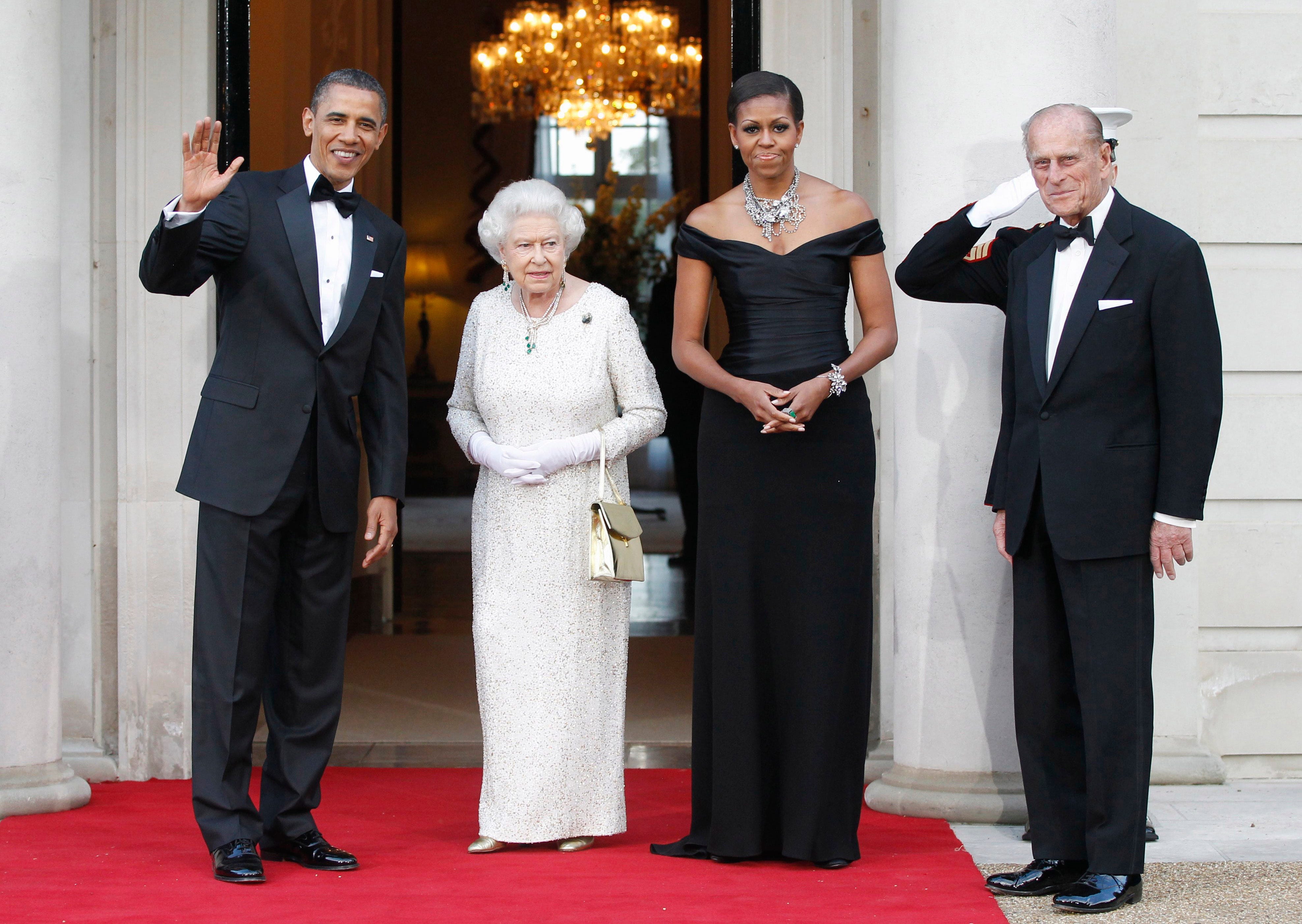 What to expect from queen’s meeting with the Bidens

The meeting with the Bidens will not be a state visit; it’s a more informal courtesy call of the sort former President Trump and first lady Melania Trump carried out when they dropped by for tea with Her Majesty at the castle in 2018. (The following year, she hosted them for a state visit, including the usual lavish state banquet at Buckingham Palace.)

Typically, the actual meeting with the queen is private but the pageantry aspect (at which the royals excel) includes an outdoor massing of scarlet-clad troops in the castle Quadrangle with the monarch and the president pacing down the lines to inspect the Guard of Honour as the band plays on.

(The Quadrangle will be getting a workout this weekend: On Saturday, a mini-Trooping the Colour parade celebrating the queen’s official birthday will take place there, the second year this usually sprawling London ceremony has been reduced and moved to the castle due to the pandemic.) 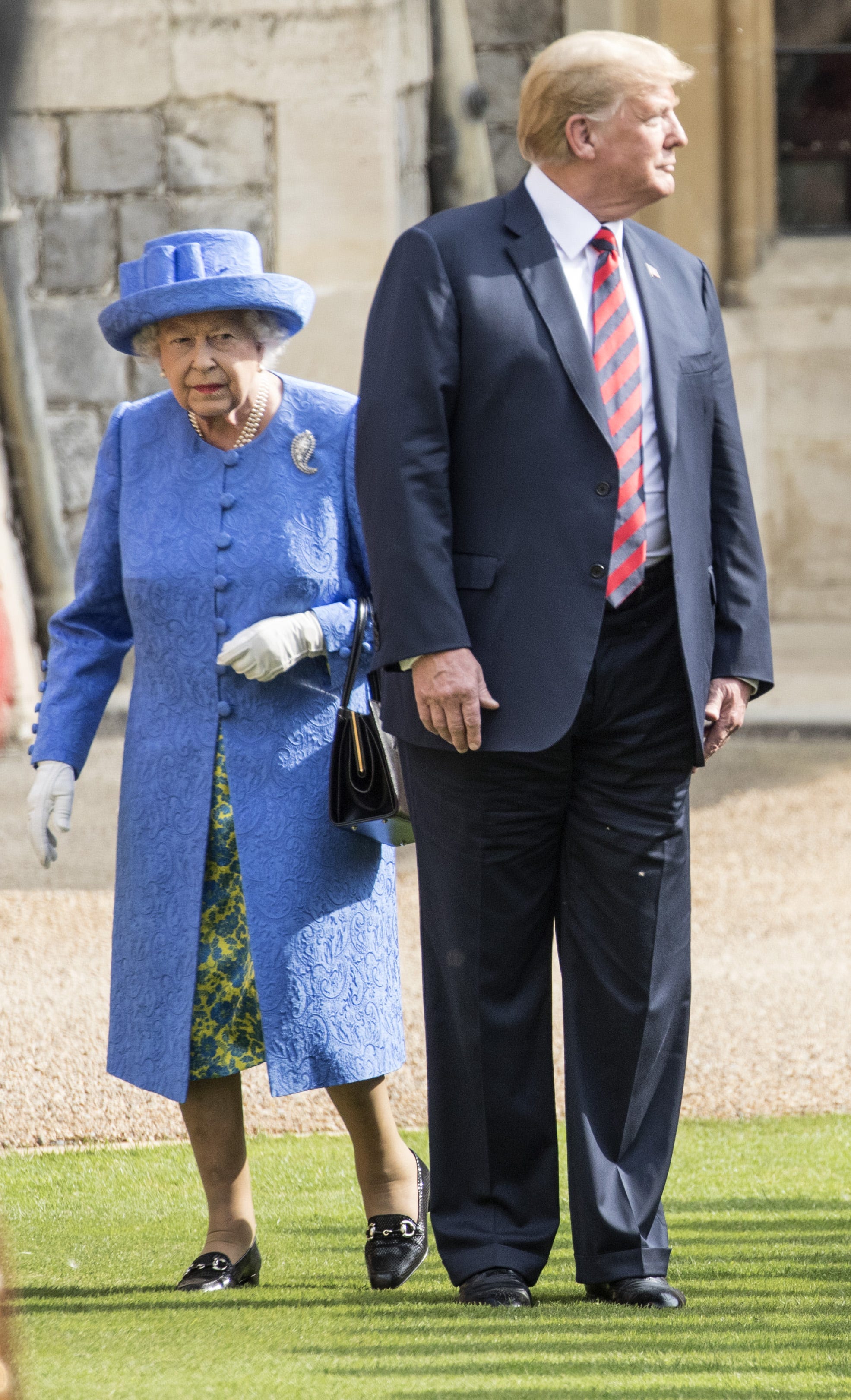 President Donald Trump and Queen Elizabeth II inspect a Guard of Honour on the Quadrangle at Windsor Castle after which he and first lady Melania Trump joined Her Majesty for tea at the castle, on July 13, 2018. (Photo: Richard Pohle/WPA Pool, Getty Images)

President Biden, who’s spent decades attending official ceremonies on the world stage, can be expected to avoid some of the same missteps perceived by Trump’s legion of critics in Britain at the time.

The Bidens are scheduled to arrive in the United Kingdom on Wednesday. He’s attending the Group of Seven leaders’ summit in scenic and far-from-London Cornwall beginning Friday.

The queen’s government hopes Britain can use its role as host nation this year to help forge a post-Brexit “Global Britain” role, and to show that the G7 club of rich nations still has clout.

Lack of clout is not something the queen has to worry about. But she comes to this meeting after several years of family joys and tribulations.

On the joy side, there was the welcome birth on June 4 in Santa Barbara, California, of her 11th great-grandchild, Lilibet “Lili” Diana Mountbatten-Windsor, daughter and second child of her grandson, Prince Harry, Duke of Sussex, and his wife, Duchess Meghan of Sussex. 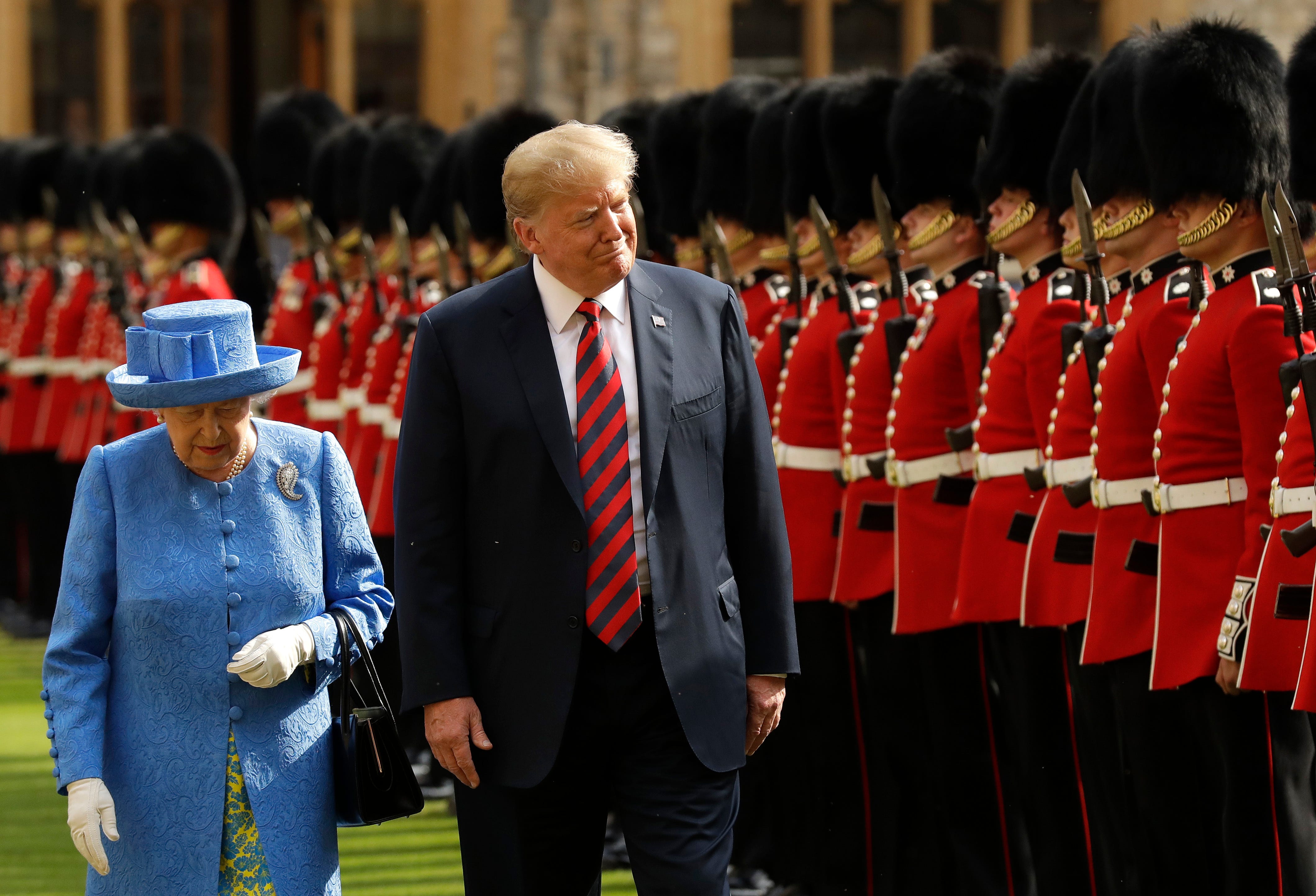 The queen and other senior members of the family were “delighted” at the news, the palace said in a statement. Diana honors Harry’s late mother, Princess Diana. Lilibet is the name the queen called herself as a toddler unable to pronounce Elizabeth; it was adopted as a private family name used by her grandfather, father and husband. The baby will be called Lili.

On the tribulation side, there was the death of her husband of 73 years, Prince Philip, Duke of Edinburgh, on April 9, just short of his 100th birthday on June 10. Forced by the pandemic to reduce the long-planned funeral and enforce social distancing, the nevertheless sublime service was marked by the poignant image of the grieving queen sitting alone in St. George’s Chapel at Windsor.

President Joe Biden on Friday paid tribute to the Duke of Edinburgh, Prince Philip, as he sent condolences to Queen Elizabeth II. "He was a heck of a guy," Biden told reporters in the Oval Office. (April 9)

Her second son, Prince Andrew Duke of York, 61, has been benched since 2019 due to scandal over an interview about his relationship with a convicted sex-offender, the late Jeffrey Epstein.

Then, her beloved grandson Harry, 36, and his biracial American wife, the former Meghan Markle, 39, gave up their royal roles and moved to America in 2020.

In a March interview with Oprah Winfrey watched by millions worldwide, they explained their departure by citing racism in the media and in the royal family, and what they saw as a lack of support for their mental health issues arising from the pressures of being in the royal family and feeling trapped by the restrictions of royal life.