The ‘Real Housewives of Miami’ ladies are going at it in the new teaser released for the two-part reunion.

The two-part reunion teaser trailer for The Real Housewives of Miami is here and it’s definitely full of drama! The ladies are back in their respective hot seats after a couple-year hiatus from being reality stars, but the conflict between the women is stronger than ever!

Host and Housewives impresario Andy Cohen sits down with Larsa Pippen, Alexia Echevarria and Lisa Hochstein, with newcomers Guerdy Abraira, Dr. Nicole Martin and Julia Lemigova. Former Housewives Adriana de Moura and Marysol Patton also join on the couch for classic Housewives reunion brawls and questions from Andy, ranging from family drama, legal woes, and accusations made during the course of the show. Check out the trailer below!

Notably during the trailer we can see Larsa and Adriana still have some unresolved beef as Larsa still contends Adriana is a “liar” for saying she saw Kanye West‘s penis, a story that created some controversy with Larsa and her former BFF and Kanye’s ex, Kim Kardashian.

Adriana then claims that “there is a picture” she has for evidence while Larsa simply tells her to “shut up” about the alleged photographic evidence.

At one point, Alexia tells someone to “come clean for real,” although it’s not clear yet who exactly she’s talking to. 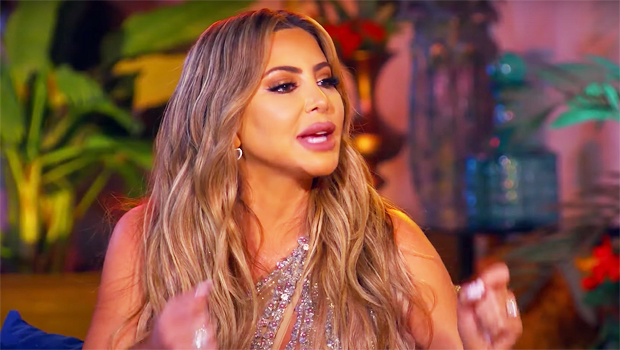 Elsewhere in the trailer Andy presses Alexia about her familial drama and legal disputes. “Your son Peter was arrested for charges of domestic violence,” he says before Alexia replies, “Those are allegations, which we are denying.” Andy also prods Alexia and Julia about their flirtatious relationship, asking if they’ve ever “kissed before,” with the two women looking at each other mysteriously.

Other topics to be addressed are Nicole’s recent engagement, Lisa’s marital issues, and the tragic death of one of Julia’s children.