Ruth Langsford, 60, completed her dream of dancing on Strictly Come Dancing in 2017, where she was partnered with Anton Du Beke. But she revealed she almost turned down the opportunity, despite eagerly waiting for years for an invitation.

Don’t think about saying no because you will regret it

It was in fact her husband and This Morning co-host Eamonn Holmes, that persuaded her to agree and she’s never looked back since.

Speaking to Kate Thornton on her podcast White Wine Question Time, the Loose Women presenter talked all about her successful career in television and the highs and lows of working with her hubby.

She revealed it was her dad who pushed her to go for an audition that kick started her career, and she praised him for his “go getter” attitude.

And it’s something that Ruth has adopted in her own character, which saw her grab the opportunity to collaborate with shopping channel QVC as well. 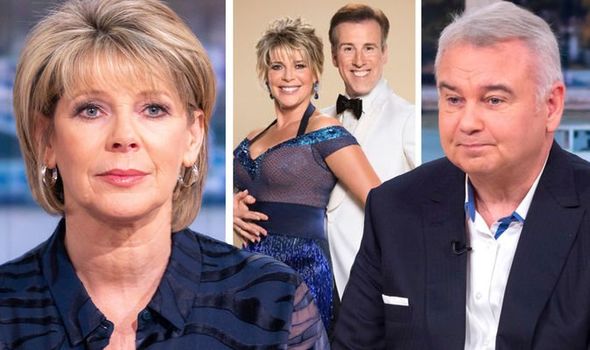 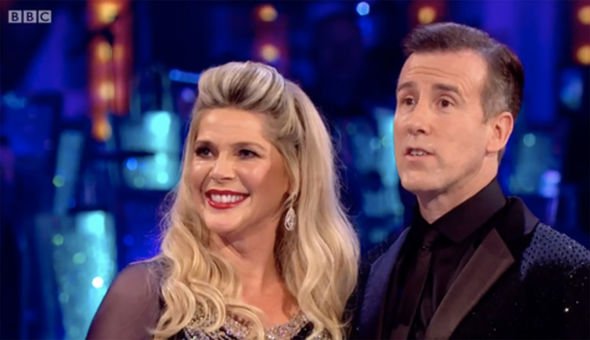 But when it came down to Strictly, Eamonn was in the driving seat as she teetered on the edge of turning it down.

“I absolutely love Strictly, massive fan, watch it every year,” Ruth gushed, confessing it was a life long goal to appear on the BBC One show.

“Every time we had one of the judges on This Morning, I dropped the worst clanging hints!” she giggled as Kate cackled.

“But nothing! Nothing for years, nothing!” 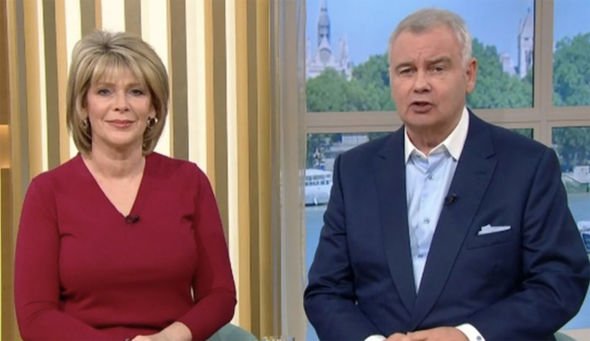 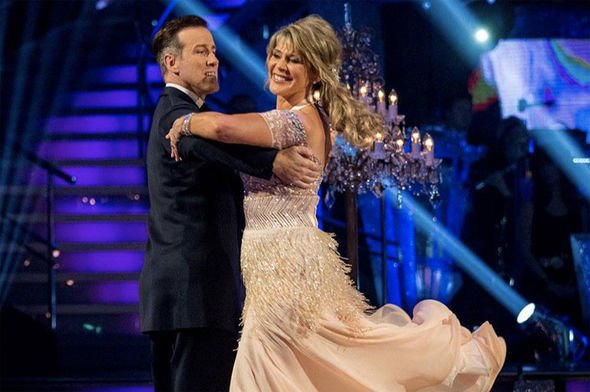 And when the offer finally came through, it couldn’t have come at a worst time.

“It was three years ago now that the offer came in. I was so busy, I had Loose Women, I had This Morning, I think I was launching [QVC],” she recalled.

“But it was probably the worst time they could have asked me!”

Ruth pondered whether it was her nerves getting the better of her: “It came in and I think it was a lack of confidence as well, where you hesitate even though you’ve gone, ‘Oh I’d love to do that,’ I had that moment of hesitation.”

But with her supportive husband behind her, she couldn’t go wrong.

Ruth remembered telling Eamonn about the offer: “I came home to Eamonn and went, ‘Oh, guess what – Strictly have asked me!'”

“He said, ‘Amazing’, but I did the ‘but…’ I didn’t get as far as saying, ‘But I’m so busy’ and Jack was younger. He just went, ‘Ruth, if you don’t take this now, they’ll probably never offer it to you again.

“‘How many years have you been saying to me that you wanted to do Strictly? Don’t think about saying no because you will regret it.'”

And she knew he was right, recalling her would-be envy of watching another celebrity in her place.

“He was absolutely right, you just need someone to give you a little nudge,” she beamed.

“And when someone nudges me, I grab it and work really hard and throw myself in.”

This Morning airs weekdays at 10am on ITV and Strictly continues Saturday at 7:10pm on BBC One.