Sarah Paulson on playing villains: ‘I’m much more interested in where there isn’t nobility’ 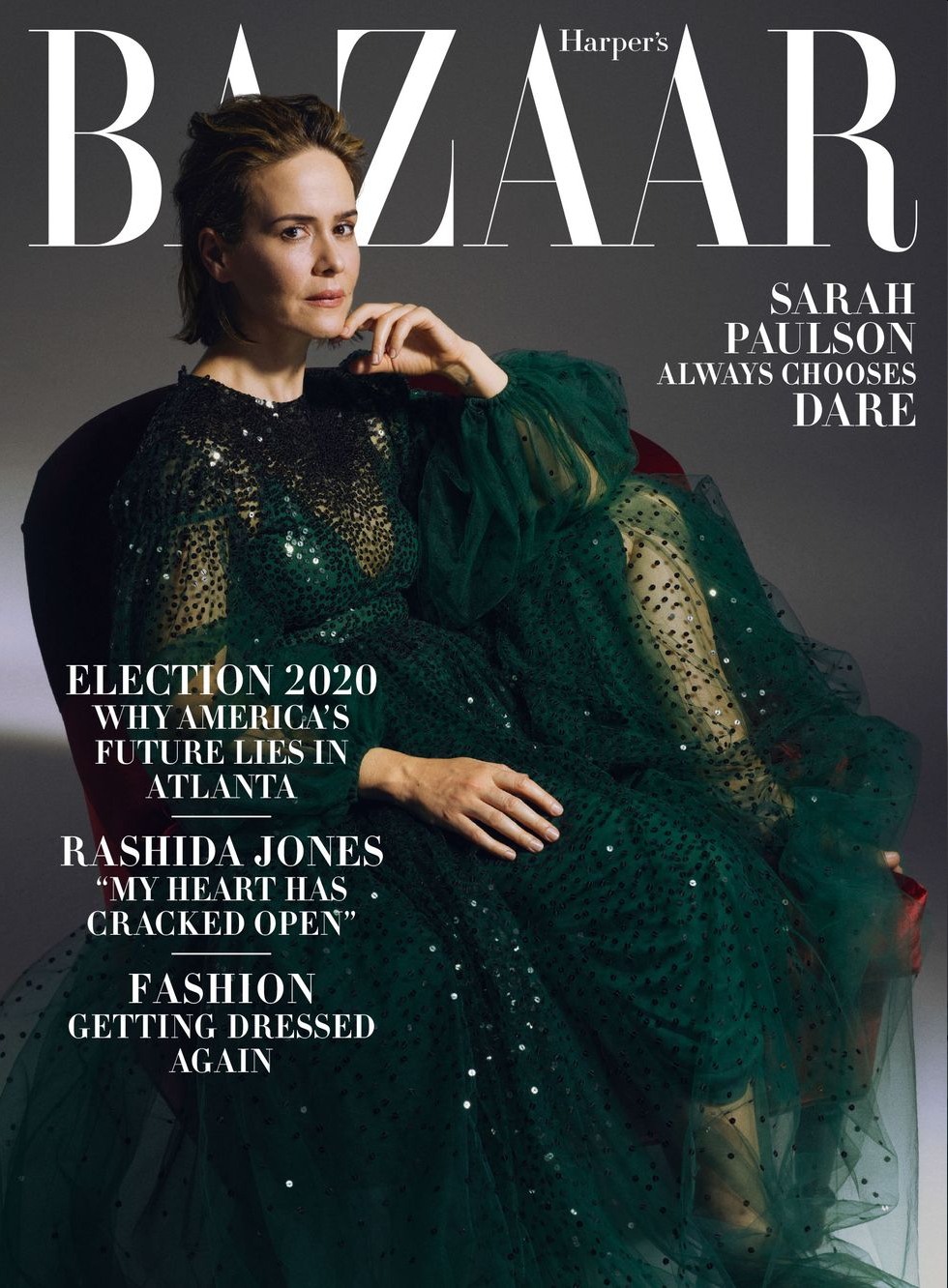 Sarah Paulson covers the latest issue of Harper’s Bazaar to promoted Ratched, the Netflix series where she stars as “Nurse Ratched,” originally written by Ken Kesey in One Flew Over the Cuckoo’s Nest. The reviews I’ve seen are not very good, and it seems like a somewhat typical Ryan Murphy affair – pretty but not substantial. Paulson also executive produces the series, which I didn’t know until I read this excellent piece, written by Roxane Gay. Paulson is 45, and arguably she only became super-famous over the past, say, eight years. It’s somewhat rare when that happens, when someone has been around forever and through the right combination of work and just sticking around, they suddenly become a household name. I would also argue that Paulson is basically just a really brilliant character actress masquerading as a lead actress! But whatever. You can read the full piece here. Some highlights:

On fame & gossip: “To feel that I belong to anyone other than a person I would like to belong to, like Holland or my dog or my best friend or my sister … A bunch of strangers claiming me as their own feels a little confusing. Since I’m not an expert at figuring out how to move around it, I end up giving more than I want to sometimes.”

Her relationship with Holland Taylor (who is 32 years older than her): Gay asked Paulson why people are so preoccupied with the age gap. An unwillingness to confront mortality seems to be part of it, she concluded, but it also reflects “our own ageist thinking and the idea that to be old is to cease to have any desire.” In general, Paulson said, the attention she and Taylor receive is positive, but when it isn’t she does not take to it kindly. “Anybody says anything about any person I love in a way that is disrespectful or cruel and I want to cut a bitch.”

Her perfectionism came about early in her life: “I was left alone a lot as a child. There was a wish fulfillment, magical thinking, ‘If I could be X, I could have Y.’ The idea that the world worked in this very cut-and-dried way seemed like a way for me to manage my fear. Perfectionism is often a real consequence of being terrified.”

Becoming a star well into her 30s: “I was very aware that the window was closing. I wasn’t sure I was going to be able to squeeze my body through it. But I kept trying.”

Her villain role in 12 Years a Slave. “It’s where the good stuff is. I’m much more interested in where there isn’t nobility. Human beings so often are motivated by the ugliest part of themselves … the stuff we don’t want to admit to ourselves about what we’re hungry for…. [Acting is] the one place I don’t feel frightened in terms of my ability to go somewhere unpleasant. I am unafraid to be ugly. I feel a certain sense of pride about being able to do that and without all the things that happen in every other aspect of my life when that comes up. But in this one area, I can actually say I feel capable of being fearless.”

“I was left alone a lot as a child. There was a wish fulfillment, magical thinking, ‘If I could be X, I could have Y.’” – holy sh-t that’s a deep cut! I felt that one! I don’t think of myself as a perfectionist, but that “magical thinking” thing… wow. I’ve never really heard it explained that way. And yes, she’s absolutely terrifying in 12 Years a Slave. It’s not a star turn at all, and the pure villainy she brings to that supporting part… my God. As for her thing with Holland Taylor… I don’t get it but I’m not going to yell about it. They care about each other, they love each other, they make each other happy. That’s all that counts. 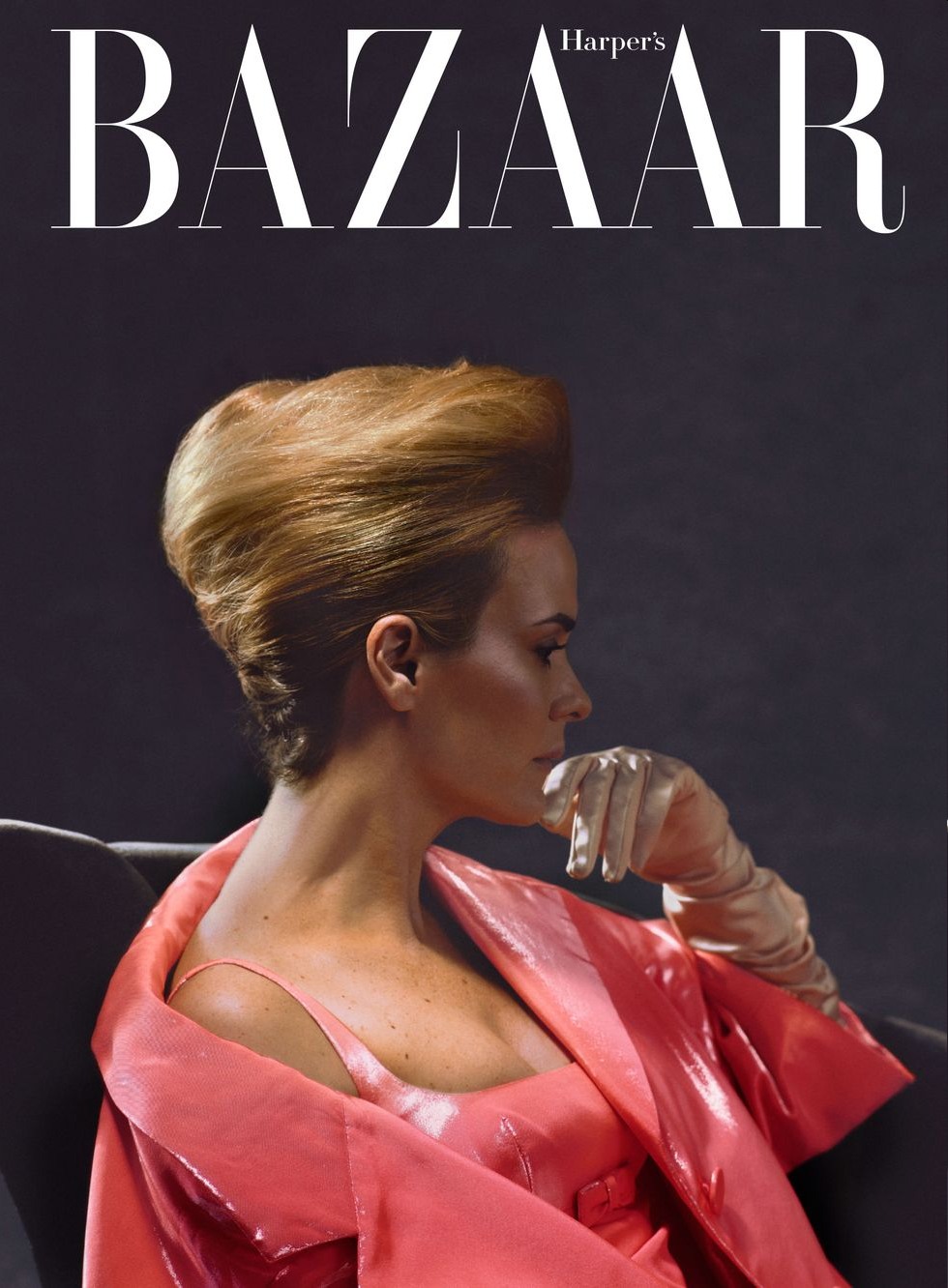