Scobie: Rumors abound that Princess Anne will get a ‘new, elevated title’ 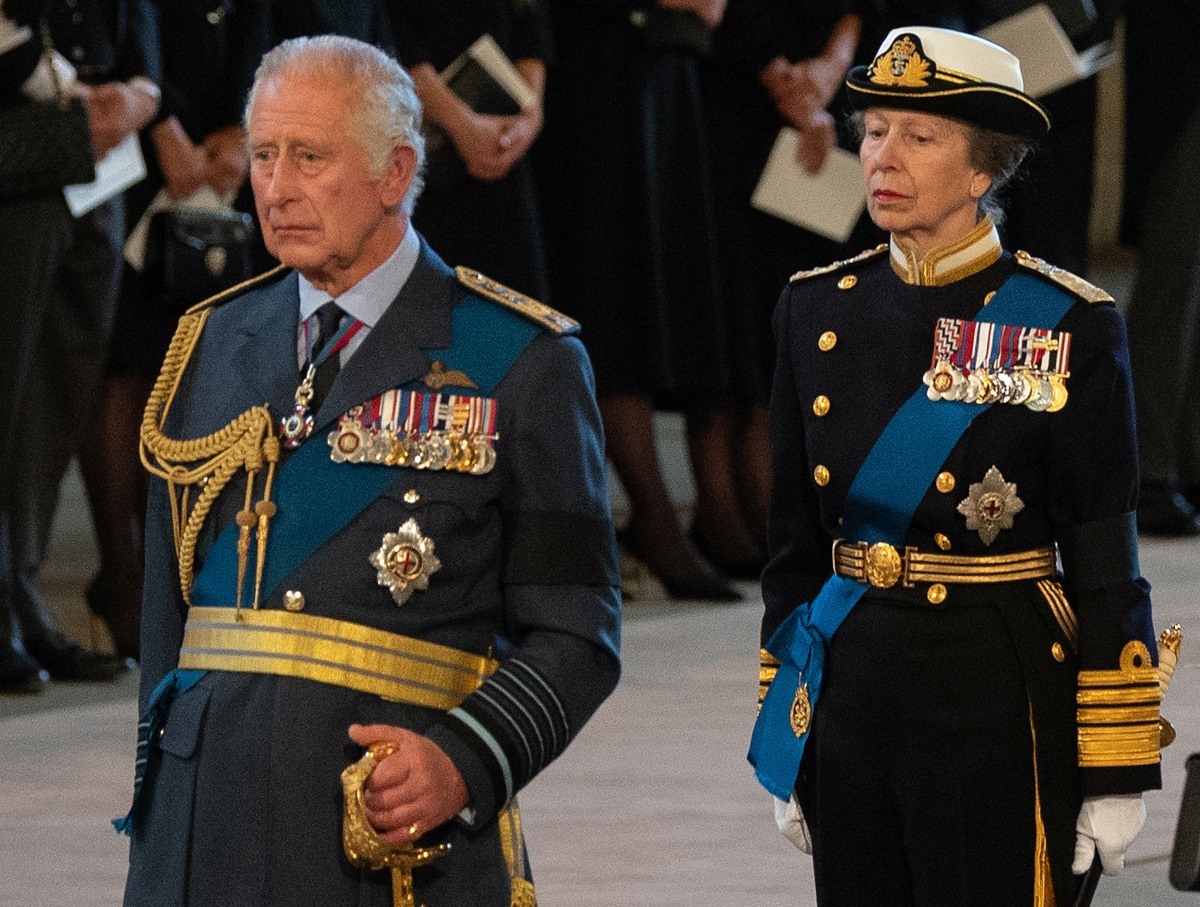 Princess Anne, the Princess Royal, was with her brother Charles at their mother’s bedside when QEII passed. Anne remained in Scotland when King Charles III returned to London to begin his kingship. Anne traveled with her mother’s remains to Edinburgh, and Anne was the sole “child” of the Queen to travel with her mother from Edinburgh to London. Anne has been, as always, a rock. Unflinching, steady, unshowy. All of those qualities are what British people say they love so much. Interestingly enough, Anne is the focus of Omid Scobie’s Yahoo UK column this week. It feels slightly odd, given the buffet of royal gossip, mess and shambles this week. But I like that Scobie is giving Anne her proverbial flowers. Some highlights:

Anne’s tears and her wish: After four days escorting Queen Elizabeth II’s coffin by car from Balmoral to Aberdeen and by plane from Edinburgh to London, the tearful moment at Westminster Hall was one of the most difficult stops in the Princess Royal’s poignant journey with the “mummy” she was so close to. After spending the final 24 hours of her mother’s life by her side, it was always Anne’s wish to remain alongside the Queen as her body was transported. And while much of the route was witnessed by the public, many moments in those sombre days were also extremely private, often in prayer or deep contemplation. Westminster Hall, however, was the place where Anne would have to finally hand her over, witnessing the late monarch being passed from family to state.

Anne’s place: For the many royalists and those touched by the life of the Queen, the 72-year-old 16th-in-line has quickly become a steady presence helping comfort the nation through its mourning and, just like her mother, been the constant that many feared would now be a thing of the past. As the stalwart of the family, Anne has reliably been present during every moment since the September 8 death of the sovereign and will continue to be so until she is buried at St George’s Chapel in Windsor on Monday.

The workhorse: Anne’s approach to royal life has simply been to keep her head down and get on with her responsibilities—even when few are watching. It’s how she earned the title as hardest working member of the family, carrying out more than 387 engagements last year alone (even with COVID as an obstacle)—two more than her older brother Charles and more than three times more than the then Duchess of Cambridge. “She needs no praise nor attention,” a family friend told me this week. “The work itself is where she gets her satisfaction.”

Business as usual: While much talk is now focused on other family members “stepping up” to support the new king, or those bigger roles taken on by the newly-styled Prince and Princess of Wales, it’s business as usual for Anne, who I’m told already has a packed diary of engagements to dive into the moment royal mourning ends seven days after the funeral.

Scobie thinks Anne should be a Counsellor of State: It feels almost criminal to think that, because of her current standing, Anne has not become a Counsellor of State after the death of the Queen—a role that allows the sovereign’s spouse and the next four in line (over the age of 21) to stand in for King Charles if he is unable to undertake his duties due to illness or absence abroad. Instead, joining Camilla, Queen Consort, Prince William, Prince Harry and Prince Andrew is a third non-working royal on the list—Princess Beatrice. Make it make sense.

A new title for Anne? It’s rumoured that a new, elevated title may be on the horizon for Anne, and I can’t think of anyone in the family more deserving. But if it happens, don’t expect it to make much difference. Title or no title, Anne will always go above and beyond the call of duty—whether anyone is watching or not.

I wasn’t aware that there was a stand-alone title for a woman of royal blood higher than The Princess Royal. That title was Queen Elizabeth II’s gift to her much beloved daughter after decades of service to the crown. Like Scobie says, it’s not as Anne even cares for that kind of thing, but I’m curious if Charles does find some obscure way to elevate Anne even higher with a new title. I also suspect that if Charles does this, he will do it so Anne won’t have to curtsy to any woman but Queen Camilla (and Anne might not even bother with that).

As for Scobie’s small, shady asides… well done. “…More than three times more than the then Duchess of Cambridge” and “or those bigger roles taken on by the newly-styled Prince and Princess of Wales, it’s business as usual for Anne…” While the rest of the Windsor clan scramble to elevate themselves, Anne carries on. And her brother might reward her for it. 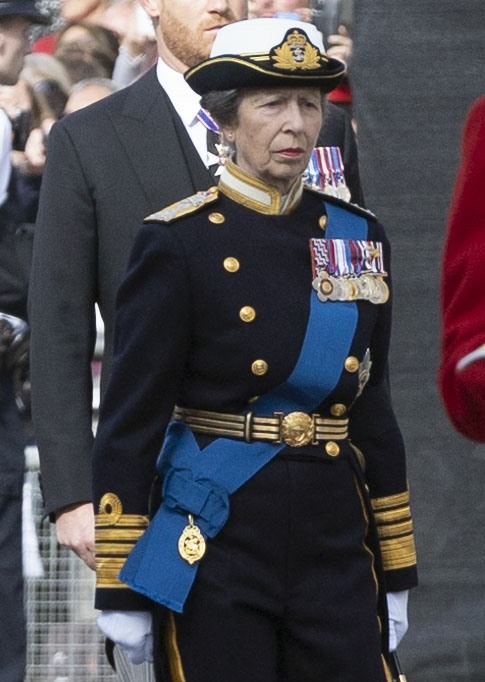 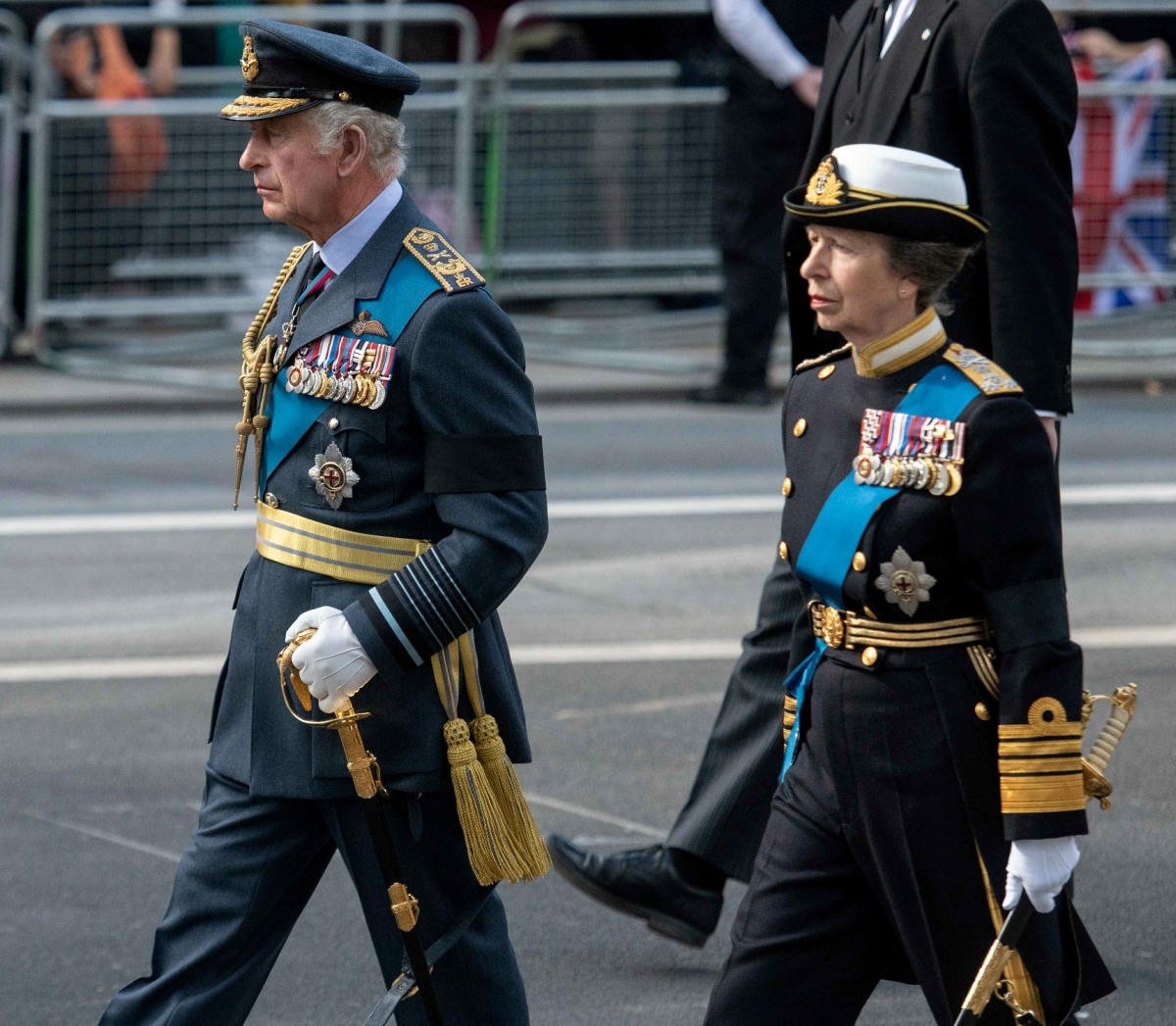