Now what could these two have to talk about. Scott Disick, 38, was curiously seen out with Kris Jenner, 65, in the Woodland Hills area of Los Angeles on Wednesday, Nov. 8. The Talentless CEO and mom of his ex Kourtney Kardashian, 42, had a camera crew in tow as they presumably filmed for the family’s upcoming reality series on Hulu. Kris looked stylish as always in a white wool coat with a pair of black skinny pants, featuring unique zipper slit in front.

The mom-of-six added a pair of Prada’s chunky combat boots, accessorizing with her go-to Hermès Birkin bag (a rare croc version this time) and sunglasses. Scott stayed casual in a black hoodie, likely from his own contemporary luxury label, as he stepped out of a black vehicle. 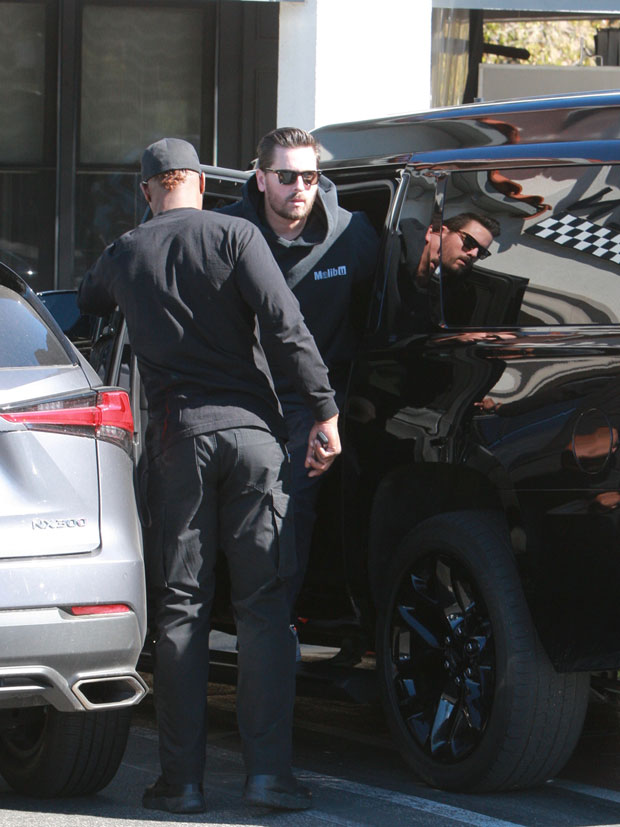 While fans will likely have to wait months to find out what the duo talked about, there’s no doubt that Kourt’s recent engagement to Travis Barker, 45, was on the table. The Blink 182 founder popped the question to the Poosh founder with an ultra-romantic outdoor proposal at the Rosewood Miramar Beach resort in Montecito, CA on Oct. 17. Candles and tons of red roses were styled into bushes by Jeff Leatham for the epic moment, which Kourtney looked totally surprised by. “Forever,” she posted on social media shortly after, including sweet photos of the proposal.

Kourtney Kardashian & Scott Disick: Their Photos Together After Breakup 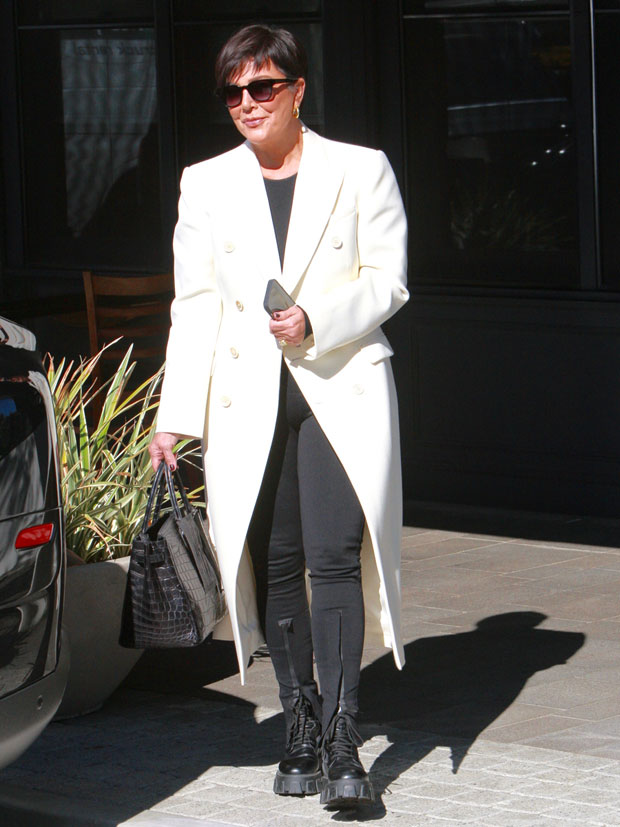 While exes Scott and Kourtney split in 2015 and actively coparent their three kids Mason, 11, Penelope, 9, and Reign, 6, he hasn’t seem enthralled with her latest romance. Over the summer, Scott took to Instagram to direct message another of Kourt’s exes, Younes Bendjima, about Kourt’s heavy PDA with Travis in Italy. “Yo is this chick ok!????” Scott appeared to write, adding a screenshot of Kourtney and Travis making out on a boat. “Brooo like what is this. In the middle of Italy,” he also said.

Sources previously spilled to HollywoodLife that Scott has been “distancing” himself from the Kardashian-Jenner clan amid the engagement news — but ultimately wants Kourtney to be happy. “Of course his feelings are a little hurt with the engagement news, but that’s not his main concern right now. His main concern is that Kourtney and the kids are happy. At the end of the day, he wants the best for Kourtney and their children,” they said.