Serena Williams is featured on the Wheaties box ahead of Wimbledon

In 2001, Wheaties paid homage to a true champion and an icon by putting her on the cover of a Wheaties Box. Althea Gibson was the FIRST Black Woman tennis player to be on the box. Today, I am honored to be the second.

In 2001, Wheaties paid homage to a true champion and an icon by putting her on the cover of a Wheaties Box. Althea Gibson was the FIRST Black Woman tennis player to be on the box. Today, I am honored to be the second.

Wimbledon starts on Monday. And I’m nervous and sad. Sad because my fave – Juan Martin del Potro – has a knee injury which has taken him out of tennis for the rest of the year. And nervous because of SERENA. Wimbledon is HER Slam. Serena Williams loves the grass, she loves Center Court, she loves playing in the UK. But Serena’s been dealing with a leg/knee/ankle/?? injury ever since Australia in January. She withdrew from Indian Wells, Miami and Rome and she lost in the third round of the French Open. She keeps saying practice is going well but… I don’t believe her. So I’m nervous for her. I’m nervous that the expectation is that she’s going to win #24 at Wimbledon and she’ll end up going out in an early round.

The expectations game is always difficult for Serena especially given all of her advertising contracts. Nike has probably booked a ton of Serena-specific ad time during the Slam and now this: Wheaties put her on the box! Serena is only the second African-American female tennis player to ever appear on the Wheaties box, the first being Althea Gibson. Serena is proud of this, saying: “I am so excited to be on the cover of the next Wheaties box. I have dreamt of this since I was a young woman and it’s an honor to join the ranks of some of America’s most decorated athletes. I hope my image on this iconic orange box will inspire the next generation of girls and athletes to dream big.” Yes, dream big. But what took Wheaties so long? Damn. 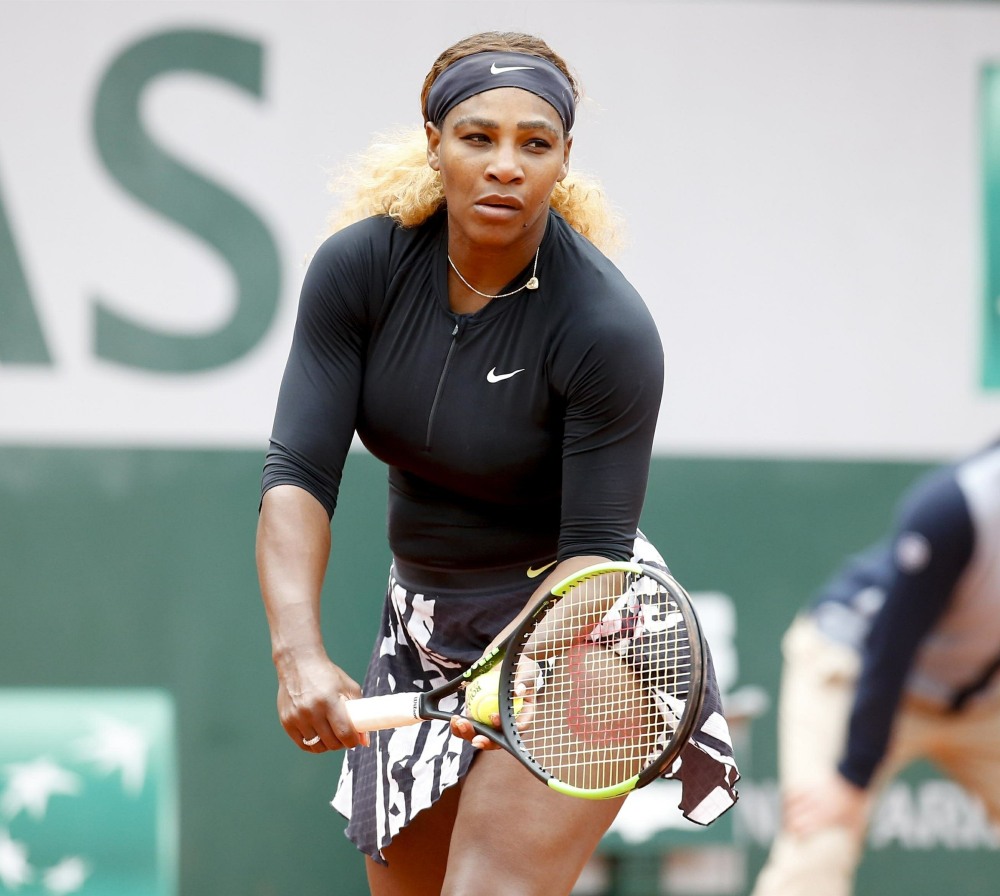