Simon Rimmer, 57, welcomed chef Andi Oliver, 56, to Sunday Brunch for the first time last weekend. During their chat, the chef took a light-hearted swipe at James Martin, 48, as he acknowledged Andi’s previous appearances on his former show Saturday Kitchen.

Welcome to the proper world of cooking TV

Introducing the chef, he began: “I am very pleased to welcome Andi Oliver, I cannot believe this is the first time you’ve been on the show.”

Simon went on to say: “I watch you doing Great British Menu as one of the judges and then equally I watch you on our rival show Saturday Kitchen.”

As the camera turned back to Andi, one of the hosts could be heard shouting: “Boo!” 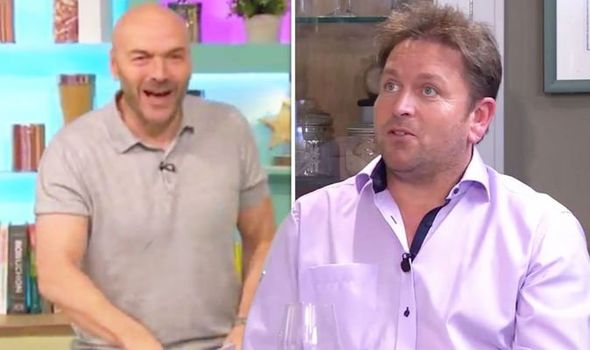 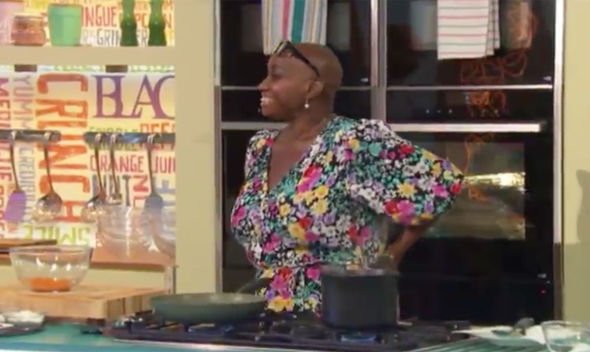 Simon replied: “Welcome to the proper world of cooking TV.”

James fronted Saturday Kitchen from 2006 until 2016. From 2017, he began hosting his current show Saturday Morning with James Martin on ITV.

The rival chefs are no strangers to having a light-hearted exchange. 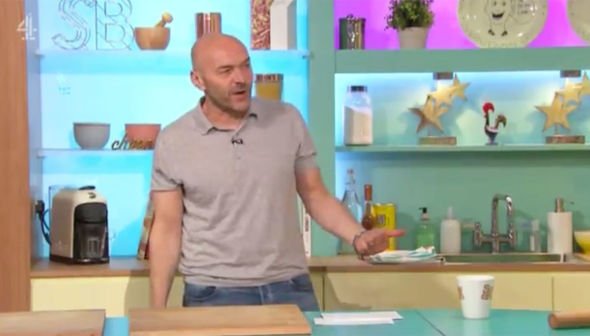 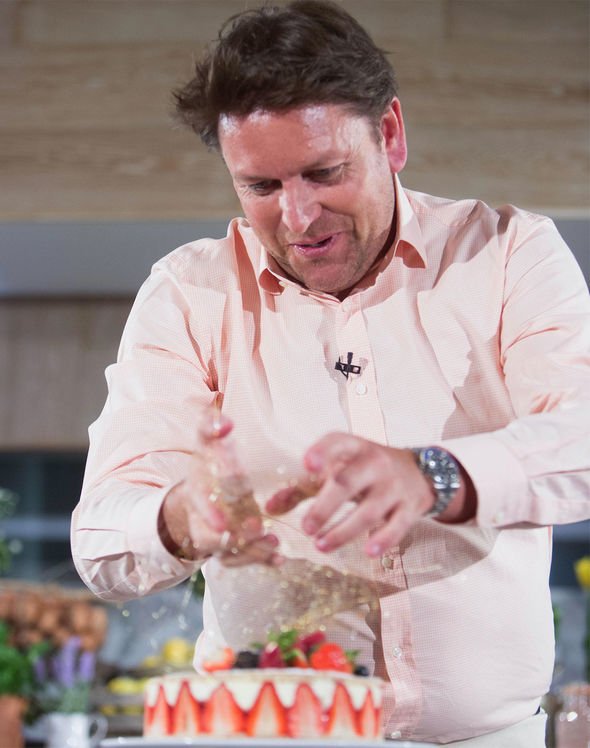 Last year, James joined Simon on the Channel 4 cooking show and mocked him about his Strictly Come Dancing appearance.

Also in the studio was Jonnie Peacock, 25, who made it to show’s iconic Blackpool week.

After Tim pointed out Jonnie’s success to viewers, a few groans from the stars and crew could be heard in the studio.

Simon then turned to James and asked: “Did you get to Blackpool James, when you were on it?”

“Blackpool wasn’t there when I was doing it,” James replied.

“Semi-final though,” James cheekily teased, which prompted Tim to cheer and Simon to cover his face with his hand.

James made it to the semi-final with his professional partner Camilla Dallerup, 44, in 2005.

Simon danced on the show with Karen Clifton in 2017.

He has since revealed he would like to see Tim take to the dancefloor in a bid to win the Glitterball trophy.

He told OK! Magazine: “I hope Tim does it one year as he’d be brilliant.”

Sunday Brunch continues today at 9.30am on Channel 4.