Smash Mouth frontman Steve Harwell‘s been dishing out threats to his fiancee, and he’s also trying to stick her with a house bill because she won’t let him move in … according to new legal docs.

Esther Campbell is seeking a restraining order against the rock singer for what she describes as “threatening behavior.” She claims, in the docs, that Harwell’s management warned her not to file for a protective order because he has “means,” and could make her life difficult.

Campbell also claims he ordered work on her house — $7,000 for septic tank repair — with the intent of moving in, and has threatened to leave her with the debt knowing she can’t pay it. According to the docs, she says she won’t let him move in due to his alleged threats.

Campbell wants Harwell to stay away from her home and work, and not contact her by phone, text or social media. She also wants the judge to order Steve to attend rehab or AA. 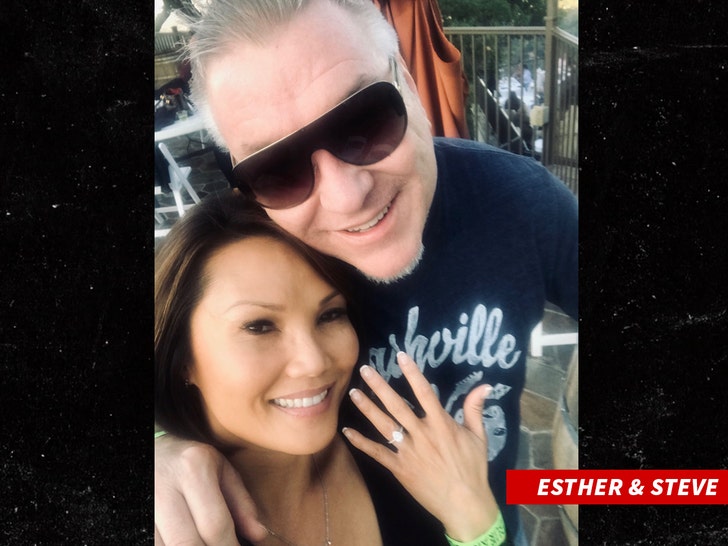 Esther tells TMZ … they got engaged earlier this month after dating for over a year, and the plan was for him to move in Monday. However, she claims his drinking has gotten out of hand … and it got worse last weekend.

She claims he began bombarding her with harassing texts and calls — something he’s never done before — so she contacted police. She decided to file for a restraining order and says their engagement’s on pause … because she wants Steve to get help.

Steve’s rep denies Esther’s claim his management threatened her in any way. The rep had no comment on the other allegations.