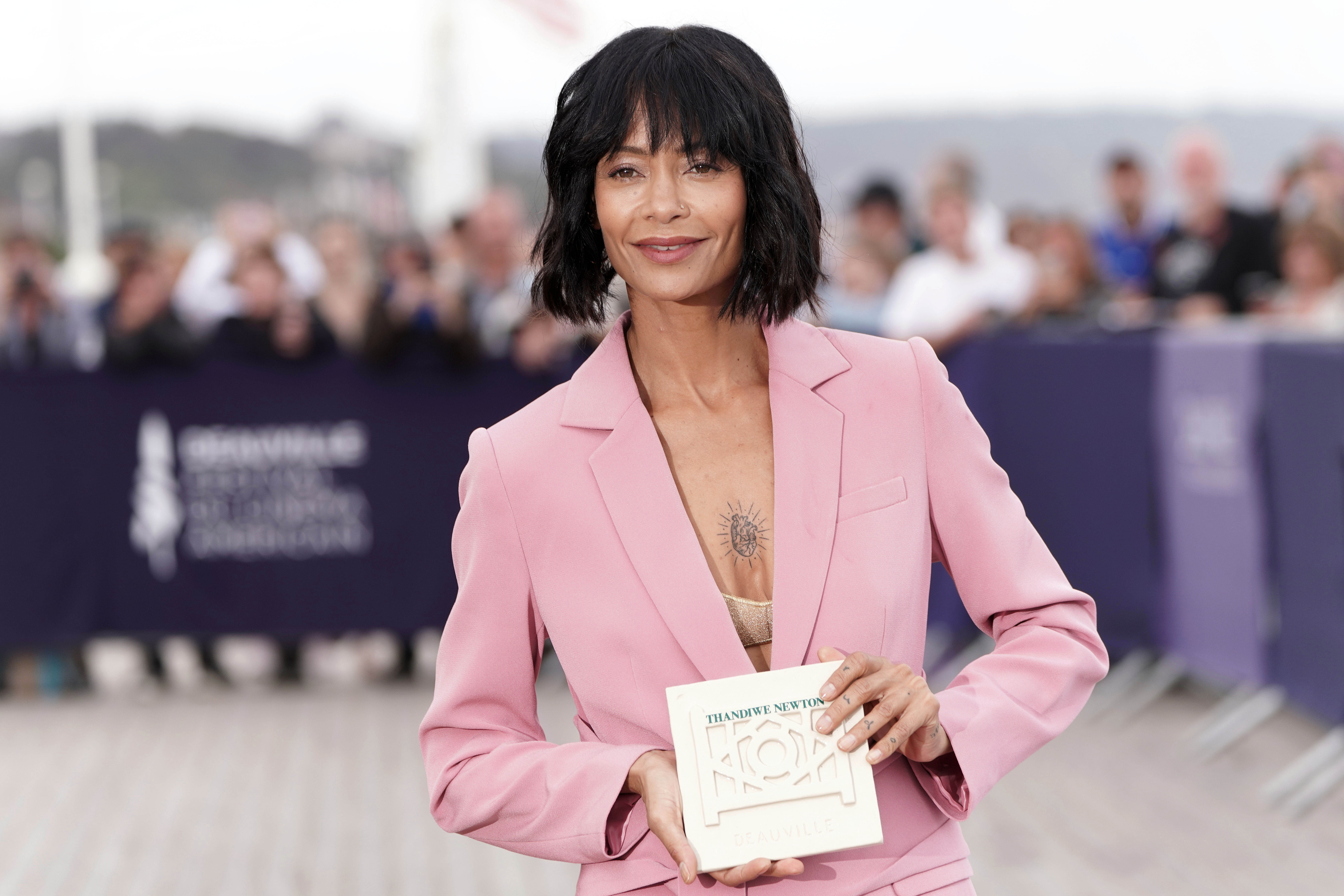 Thandiwe Newton said it all with her chest as she gave a new glimpse at her boldest tattoo while attending a red carpet event this week.

With the Venice Film Festival ongoing in Italy, Thandiwe, 49, popped up at the Deauville American Film Festival in France on Tuesday.

It was a particularly special occasion for the actress as she was receiving the Deauville Talent Award in light of her stellar acting career spanning two decades.

However, Thandiwe’s spotlight was well and truly stolen by her eye-catching piece of ink.

The Line of Duty actress looked pretty in pink wearing a blazer and trouser co-ord set, and decided to forgo a shirt underneath her jacket leaving the plunging neckline to reveal the heart tattoo in the centre of her chest.

The tatt features a drawing of a human heart with a pattern of dots and dashes surrounding it.

It’s the second time Thandiwe has revealed the tattoo on the red carpet, after debuting the artwork at a screening for her Amazon Prime Video movie All The Old Knives in March this year. It’s not known when Thandiwe got the ink done but it wasn’t visible when she was spotted out and about wearing a plunging dress in August 2021.

Thandiwe has been keeping a low profile this year following her devastating marriage split from husband Ol Parker.

The couple married in 1998 and share three children; Ripley, 21, Nico, 17, and Booker, eight, but it emerged in April that the couple had separated some time before.

Since then, Thandiwe appears to have found love again with musician Lonr who she has been spotted sharing PDA with in recent months. Weeks after news of her marriage split was revealed, the actress was seen kissing Lonr, 25, while out together in Malibu, California.

Around the same time, it was confirmed that Thandiwe had stepped away from her role in the upcoming Magic Mike sequel Last Dance, amid reports she had clashed with the film’s lead star Channing Tatum.