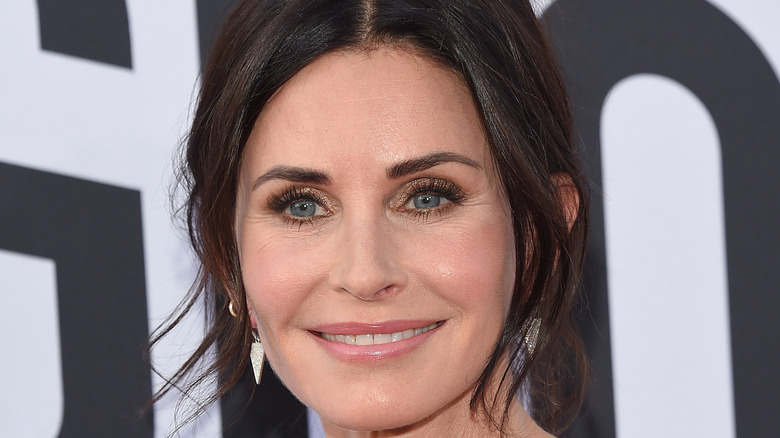 Monica is one of the most underrated “Friends” characters. Sure, she’s neurotic and wants everything to be squeaky clean at all times, but Monica is also a dedicated sister, wife, friend, chef, and, as the series closes, a new mother, after dreaming about having children her whole life. As Vanity Fair notes in their history of the beloved sitcom, actress Courteney Cox was originally offered the role of Rachel, but she insisted on playing Monica. As series co-creator Marta Kauffman explained, Cox made Monica “more maternal,” rather than the character simply being a female Chandler, as originally envisioned.

Although Jennifer Aniston tends to court most of the attention when it comes to having the most iconic looks on “Friends,” Cox-as-Monica isn’t too far behind her. As Elle notes, there were several key beauty moments that were all Cox’s, or rather Monica’s, including her bold, moody reddish-brown lip. Makeup department head Robin Siegel Siegel advised that she typically achieved the statement lip with “jewel toned colors, with a hint of navy” (L’Oréal Paris Color Riche Shine Lipstick in Map to Nirvana should do the job). And, when it came to eyeshadow, Siegel knew exactly how to make Cox’s peepers pop. 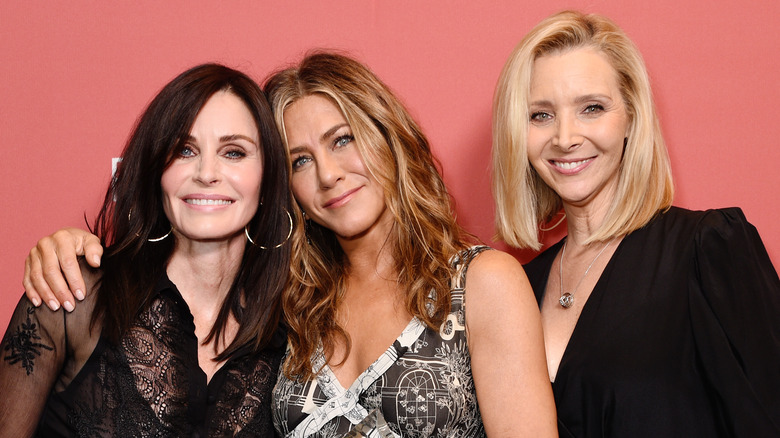 Harpers Bazaar UK chatted all things makeup with former department head, Robin Siegel — who worked on “Friends” for nine out of the ten seasons — and generally, when it came to Monica’s beauty looks, she opted for “slightly darker, jewel tone shades” on the eyes. If you want to replicate her look at home, try Dior Backstage Eye Palette in 003, which retails for around $60. Unsurprisingly, since she fought to play the character, Courteney Cox is a Monica herself IRL too, as she demonstrated in a funny Instagram video, during which the actress showcased just how organized her kitchen is. However, while speaking on the “Off Camera with Sam Jones” podcast, the “Scream” star clarified that she’s more “neat” than “clean” (via Refinery29).

Although the character of “Fat Monica,” who appeared in several flashbacks on “Friends,” has been heavily criticized in recent years, Cox admitted in an interview with Ellen DeGeneres that she really enjoyed doing it. “I loved playing overweight Monica because I felt so free. I could dance… like you [Ellen] and just sit up and dance and have no problem at all. I did love it. Those are really good episodes,” the actress opined (via The Independent). Cox binge-watched the hit show during the COVID-19 necessitated lockdown, alongside everybody else on the planet, and revealed she particularly enjoyed the many Thanksgiving episodes, in which a bigger Monica frequently features. “It’s really good,” she acknowledged of the beloved show.