They got the nominations! Midge Maisel might not have trouble scheduling the rabbi for dinner anymore after the announcement of Primetime Emmy nominations on July 16. After taking home the trophy for Best Outstanding Comedy Series in 2018, The Marvelous Mrs. Maisel Season 2 raked in 20 2019 Emmy nominations.

As the freshman favorite in 2018, Amazon Prime’s sunny period piece comedy won top honors with both its Outstanding Comedy win and victories for Rachel Brosnahan and Alex Borstein in the Leading and Supporting Actress in a Comedy categories. Creator Amy Sherman-Palladino also picked up trophies for Outstanding Writing and Directing, and the series ultimately finished the night with eight wins. This year, The Marvelous Mrs. Maisel could top that personal best thanks to the hefty total of 20 nominations its second season earned.

Reclaiming a spot among the Outstanding Comedy Series nominees in 2019, The Marvelous Mrs. Maisel Season 2 brought Midge (Brosnahan), her parents, and her in-laws away from the Upper West Side for adventures in Paris and then the Catskills. As Midge vacationed in the mountains, her manager Susie (Borstein) tagged along to embark on a stand-up comedy tour with Midge. Hitting the road was a winning recipe for the two women, as both Brosnahan and Borstein received nominations in their old categories. 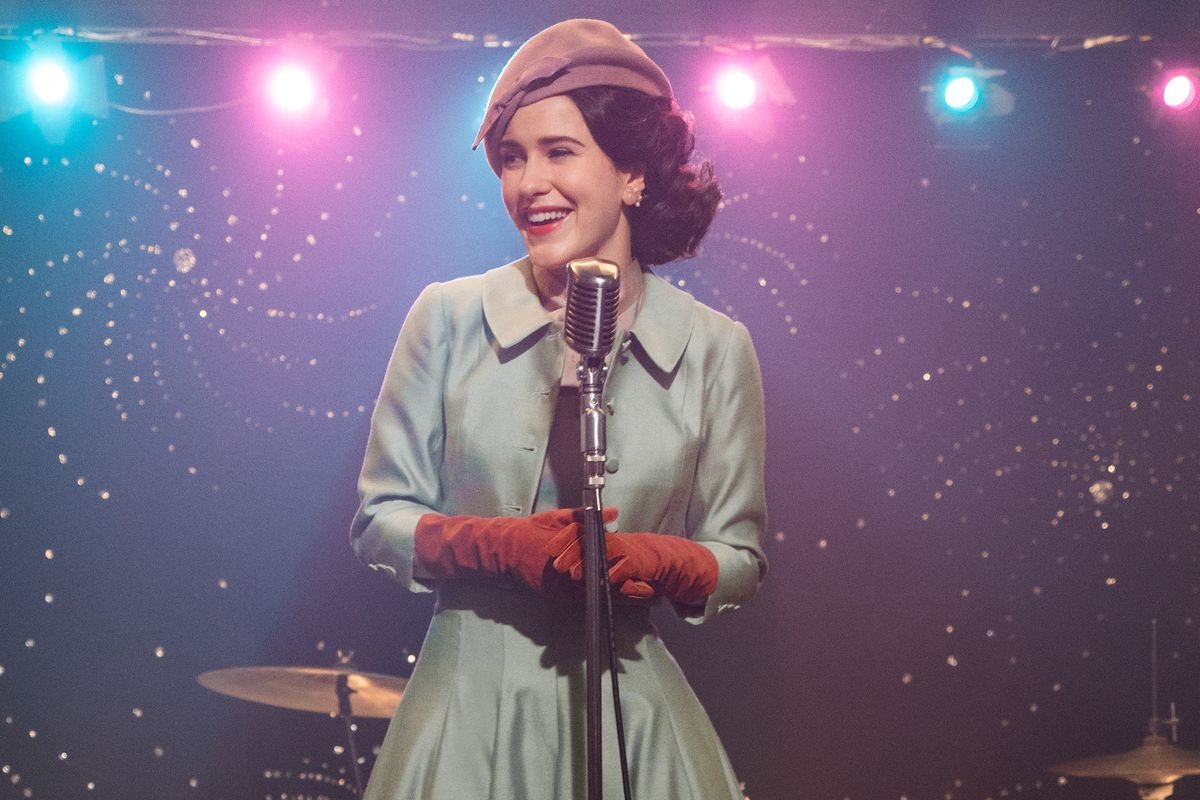 In addition to their repeat nods, Tony Shalhoub received a second consecutive nomination in the Supporting Actor in a Comedy category for his role as Abe Weissman. Among the show’s new acting nominees are Marin Hinkle for her Supporting Actress work as Midge’s mother Rose and Luke Kirby (Lenny Bruce) and Rufus Sewell (Declan Howell) in the Guest Actor in a Comedy category. Jane Lynch also scored another guest acting nomination for playing Sophie Lennon, Midge’s rival in comedy.

Previously best known for creating Gilmore Girls and loving top hats, Sherman-Palladino charmed viewers with her unorthodox acceptance speech last year, and she may have another chance to take over the stage at the Emmys. Her directing work on the Season 2 finale "All Alone" is recognized in the Outstanding Directing for a Comedy category, and her husband and co-executive producer Daniel Palladino is nominated in the same category for the episode "We’re Going To The Catskills!." Somewhere, hundreds of Gilmore Girls fans are already slurping down coffee to keep up with the duo’s fast-paced potential speeches.

The 1950s-set series also scored nominations for its glamorous costumes, hairstyling, and makeup. Recognition for cinematography, production design, casting, and sound mixing round out the season’s 20 nominations, which place The Marvelous Mrs. Maisel right behind Game of Thrones‘ record-breaking total of 32 nominations. Luckily for fans of both shows, the two are in separate genre categories, so viewers can simultaneously root for Starks and Maisels without feeling guilty.