The Truth About Zoey Deutch And Jimmy Tatro’s Relationship

Zoey Deutch has been everywhere lately, and she looks to be a forerunner in Hollywood’s next generation of rising stars. Even from her very first acting credits in 2010, the actor proved she knew how to steal a scene. Per IMDb, she appealed to wider audiences in flicks like “Set It Up,” “Zombieland: Double Tap,” and “The Disaster Artist,” though her biggest role so far came in the Ryan Murphy-created Netflix series “The Politician,” which showcased her range as an actor. Not to mention, Deutch has been gracing our screens all while serving up lewks at award shows like the 2020 Golden Globes … basically, she’s been busy taking the industry by storm!

On the other end of the spectrum is Jimmy Tatro, whose road to stardom has been as different as can be. Per ABC, Tatro first gained popularity as a content creator on YouTube, and his channel “Life According to Jimmy” has over 3.4 million subscribers to date. Thanks to his comedic skills, Tatro was hand-chosen to play a supporting role in “22 Jump Street,” alongside Channing Tatum and Jonah Hill, and his career has exploded since.

But what do the two actors have in common? It’s more than you might think, starting with the fact that Tatro and Deutch are currently dating! Here’s what we know about their relationship — so far. 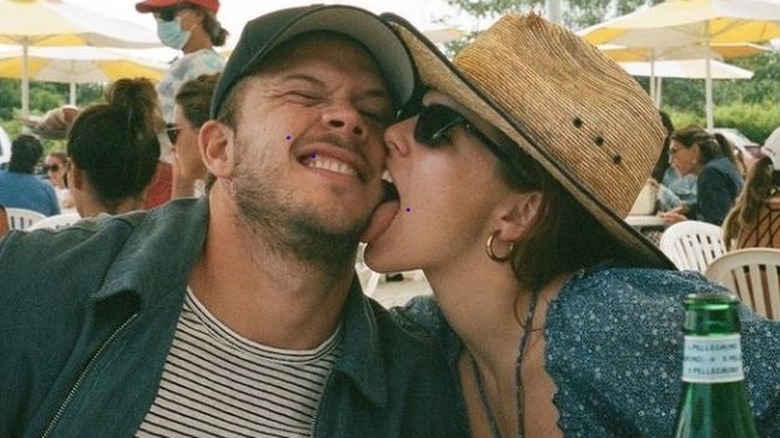 On Valentine’s Day, Jimmy Tatro went Instagram official with Zoey Deutch when he posted a series of photos and videos that showed them together. “Just using today as an excuse to post some top notch untapped Zoey content,” he wrote, taking advantage of the day to broadcast his new relationship. In one clip, Tatro drives a car while Deutch belts out Miley Cyrus’ “Party in the U.S.A.” In another vid, Deutch busts a move after Tatro asks her to do “a little jig.”

Fans were thrilled to learn the duo were dating, with one person commenting, “bro ur dating zoey deutch ok ok,” and another adding, “wait ur dating her???? I’m obsessed with her.” Though Deutch hasn’t shared much about Tatro on her own IG, she shaded him on Twitter with a hilarious video that showcased the pair’s banter over dinner together.

So far, the couple is keeping things low-key, but they were still snapped by paparazzi in May, looking matchy-matchy in all black while out on a coffee run in West Hollywood. Shortly afterward, Deutch was once again seen with her bf, this time loading up some luggage in her car (maybe for another road trip together?). Based on their social media interactions and run-ins with the paps, it’s clear the two are having a lot of fun together.

Who have Zoey Deutch and Jimmy Tatro dated previously? 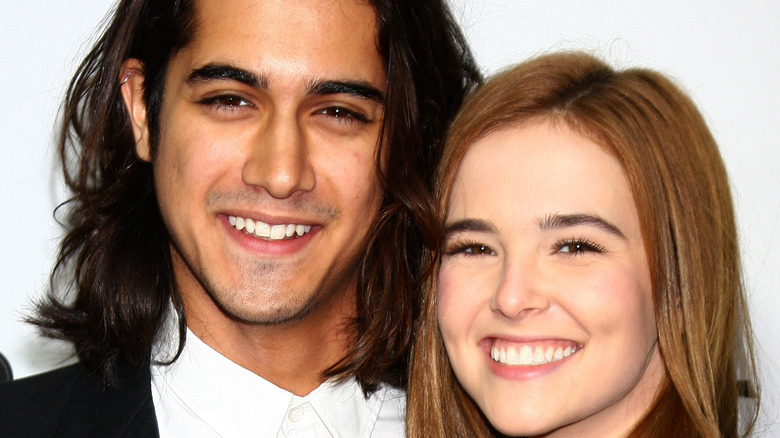 Before dating Zoey Deutch, Jimmy Tatro coupled up with another former Disney starlet: Emily Osment. While Deutch got her start on “The Suite Life on Deck,” Osment starred as Hannah Montana’s BFF Lily on the Disney Channel’s “Hannah Montana.” Per Distractify, Osment and Tatro met through a mutual friend and dated from 2013 to 2015, before quietly splitting up. “We don’t publicly talk about our relationship, but if you follow us on social media, you could figure it out,” Osment told The Sun (via Distractify), playing coy on the details of the breakup.

Prior to meeting Tatro, Deutch was with actor Avan Jogia, and the pair remained on good terms even after their split in 2017, according to E! News. “I think if you continuously choose to court the public’s attention to your relationship, you run the risk of asking them to pry more out of it, but it would also be a bit strange to totally ignore your significant other’s existence in public as well,” Jogia told Glamaholic Magazine (via E! News) of the pitfalls of public relationships.

It appears that Deutch follows this approach too, as she’s relatively private about her romance with Tatro, while still posting about the two on social media. As of right now, they’re going strong!