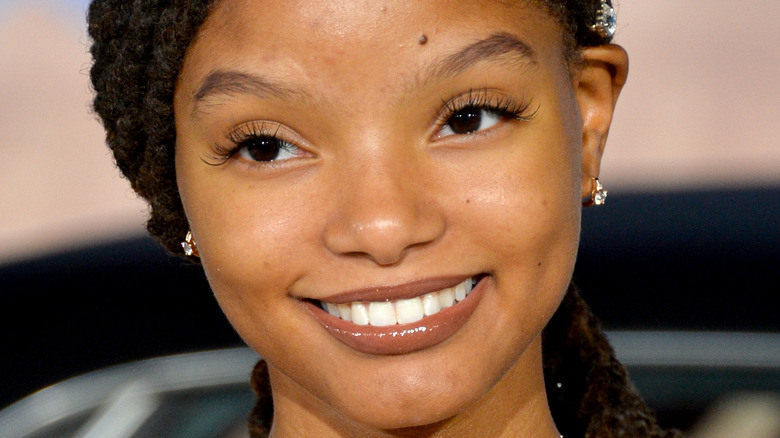 After literal years of waiting, Disney fans are finally getting their first look at Princess Ariel from the upcoming live-action “The Little Mermaid” remake. Halle Bailey, the actress tapped to play the iconic mermaid from the 1989 classic, shared a photo of herself in costume on Instagram to celebrate the end of the film’s production. Posing on the coast of Sardinia, Italy (where production took place, according to Screen Rant), the actress looks absolutely stunning as she reclines in front of the setting sun. One thing that is unclear from the photo is whether Bailey is rocking Ariel’s signature red hair.

Bailey opened up about her on-set experience in the photo’s accompanying caption. “I feel so grateful to have experienced this film in all of its glory,” she gushed. “It has been the toughest experience being away from everything and everyone I’ve ever known, to feeling self doubt/loneliness, but also feeling such freedom and perseverance as I’ve reached the end.

“I cannot wait for time to speed up so you all can watch this film because it was made with so much love (plus blood sweat and tears),” she continued. Bailey went on to thank her fellow castmates. Others involved in the film include the likes of Melissa McCarthy (Ursula), Javier Bardem (King Triton), Awkwafina (Scuttle), Daveed Diggs (Sebastian) and Jacob Tremblay (Flounder). Jonah Hauer-King plays against Bailey as Prince Eric. A photo of him on set appeared online last month (via Screen Rant). 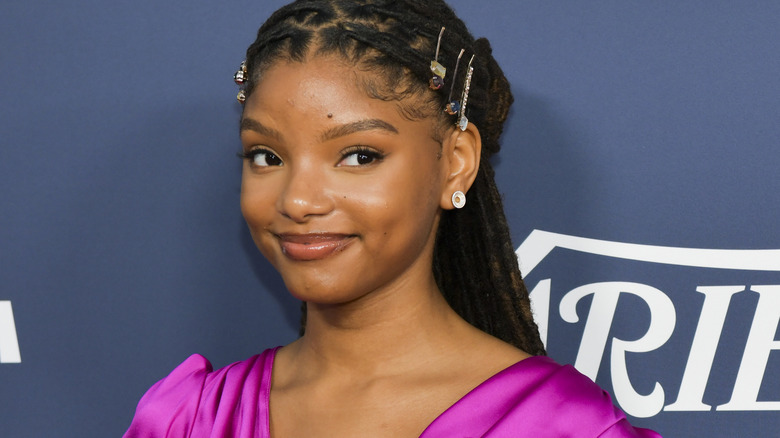 The first official photo of Halle Bailey in costume comes almost exactly two years after Disney announced that Bailey had secured the role of Ariel. Director Rob Marshall opened up about the decision in a heartfelt statement shared with Variety in 2019. “After an extensive search, it was abundantly clear that Halle possesses that rare combination of spirit, heart, youth, innocence, and substance — plus a glorious singing voice — all intrinsic qualities necessary to play this iconic role,” he said.

The role marks her debut in a feature film, although she and her sister Chloe Bailey appeared on the popular sitcom “Grown-ish.” Her casting was lauded by many including fellow celebrities such as Zendaya and Nick Jonas; however, some fans took issue with a Black actor being cast to portray a traditionally white character (via Atlanta Tribune). In response to fans trending #NotMyAriel on social media, Freeform (a Disney subsidiary and the original network for “Grown-ish”) took to Instagram to pen a letter to the “Poor, Unfortunate Souls.”

“Yes. The original author of ‘The Little Mermaid’ was Danish. Ariel … is a mermaid,” the letter starts. “For the sake of argument, let’s say that Ariel, too, is Danish. Danish mermaids can be Black because Danish *people* can be black.” The letter continued and pointed out that complaints about a fictional character, a mermaid no less, being cast as Black said much more about the critics than Disney or Bailey.

What can fans expect of Halle Bailey's The Little Mermaid? 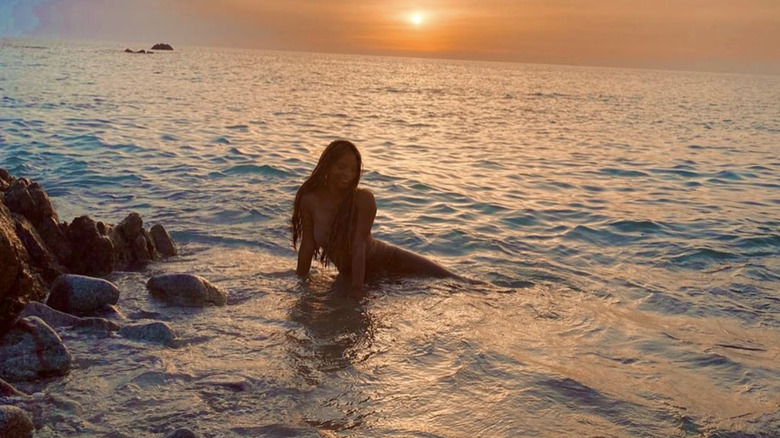 One thing that fans should expect when they finally get to see the live-action “The Little Mermaid” is a perfect soundtrack. Halle Bailey is one-half of the sister group Chloe X Halle. She and her sister, Chloe Bailey, attracted the attention of music legend Beyoncé and were signed to her Parkwood Entertainment label. With Beyoncé as a mentor, the girls have made a name for themselves.

Bailey will be showing off her voice on several timeless songs from the original soundtrack for “The Little Mermaid.” That will obviously include “Part Of Your World.” There are some surprises on the way, too. Composer Alan Menken revealed that the film includes four all-new songs. We don’t know much about the tunes yet. However, one thing that is clear is that an impressive team was involved. That includes “Hamilton” creator Lin-Manuel Miranda, who assisted with writing (via Screen Rant).

When is the film set to premiere? There isn’t a release date currently, but, hopefully, a date will be announced in the near future.