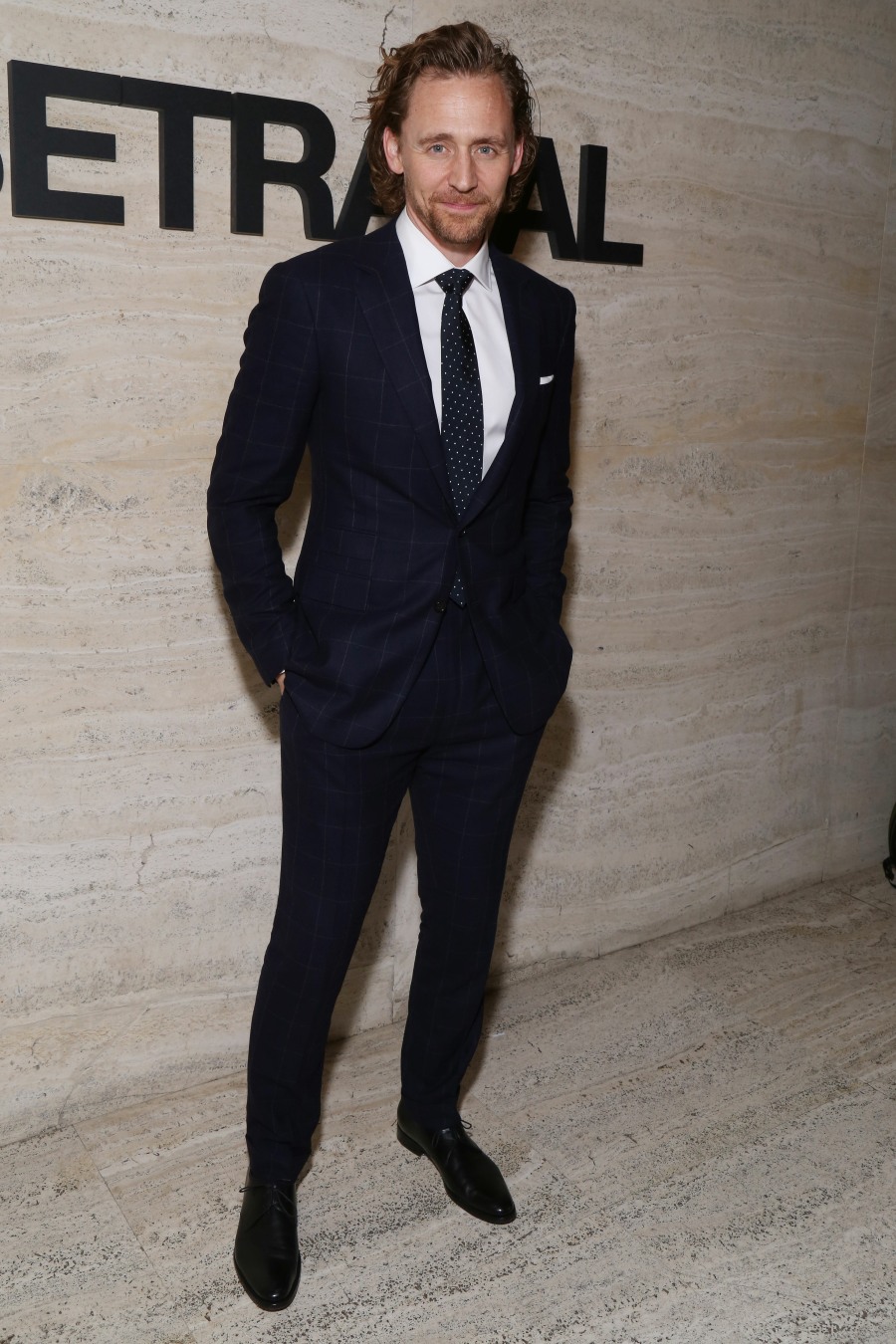 Here are some photos from the opening night event of Betrayal on Broadway. Betrayal has been in previews for weeks already, but now it has officially opened. I always forget that Tom Hiddleston knows how to wear a f–king suit. He really does though. I think his secret is that he actually takes the time to get his suits properly tailored, which means that he’s not picking out stuff at the last minute, or expecting designers to just send him stuff which is vaguely “his size.” I guess he needs special tailoring too – I imagine his inseam is crazy, because he’s got really long legs. But yeah, he looks like a male model in this Ralph Lauren suit.

His costars Charlie Cox and Zawe Ashton were at the opening night event, of course. Zawe wore an Erdem dress. I’ve been sitting here, trying to figure out how I feel about this dress? I still don’t know. I generally don’t like anything in the chartreuse family, but the graphic is sort of interesting. The design isn’t great though, and the red bow is stupid, as are the ruffles. I guess that answers that – I dislike this dress. That being said, it’s event-appropriate and she’s a pretty woman. I also feel pretty sure that she and Tom are dating, and I can’t believe it’s not a bigger conversation! Remember when he was spending time with Elizabeth Olsen? That was, like, a DEFCON 1 Hiddlemergency. But it’s just *crickets* for Zawe and Tom?

As for the American reviews of this production – everyone seems to love it. 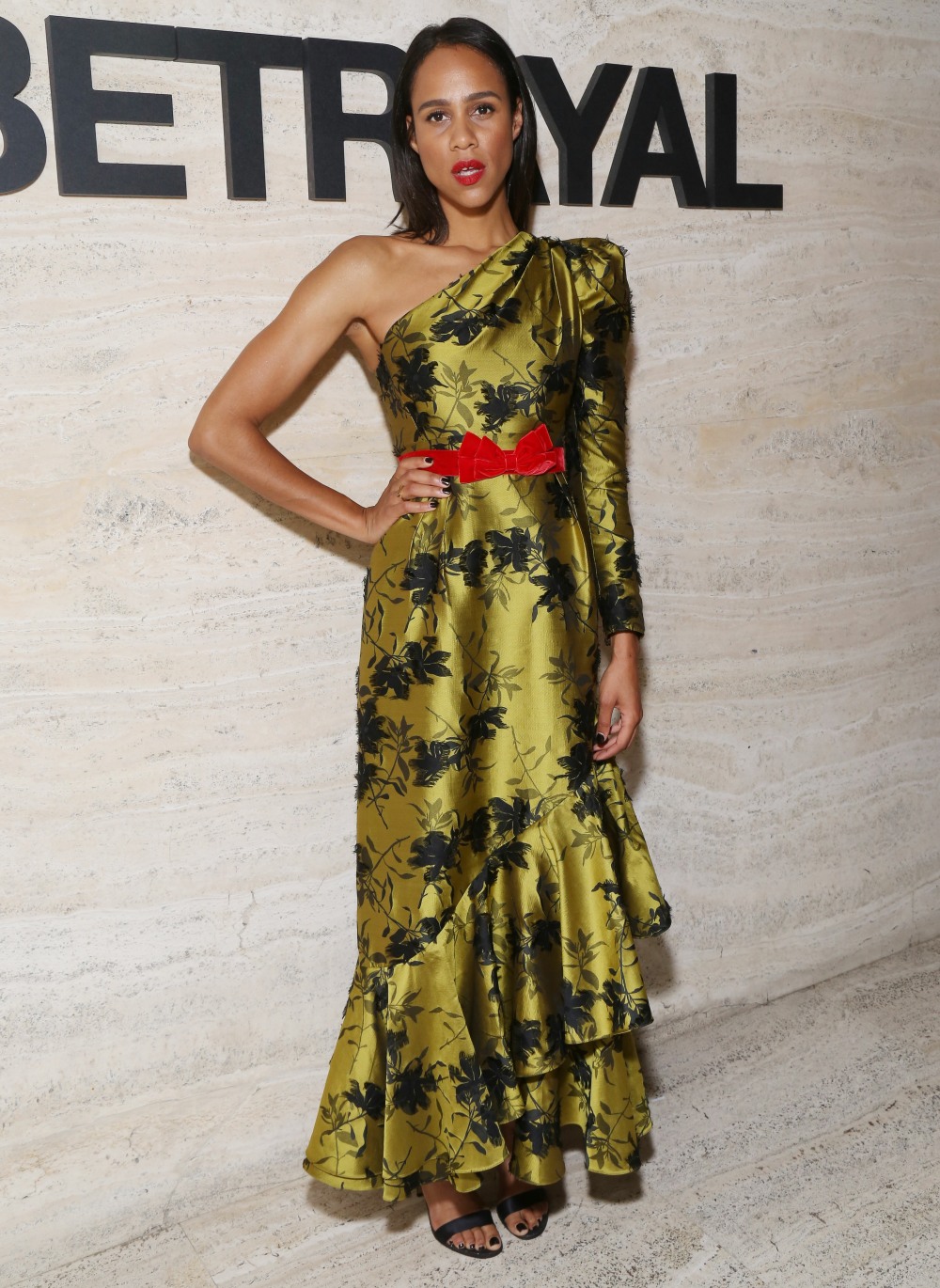 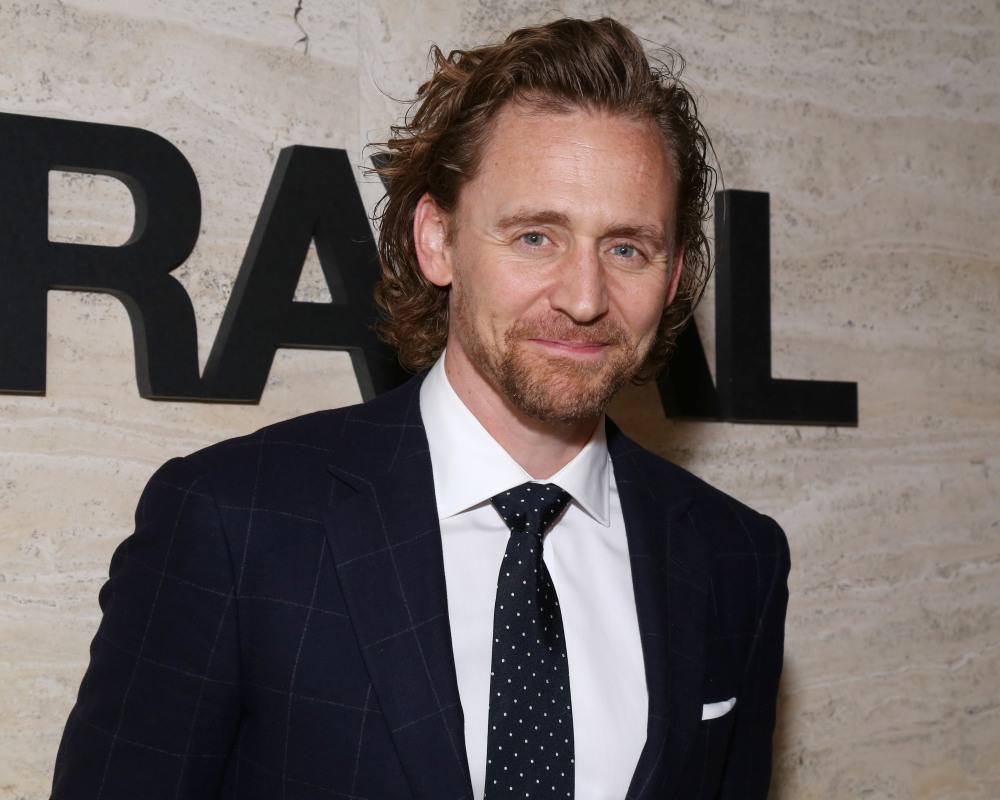 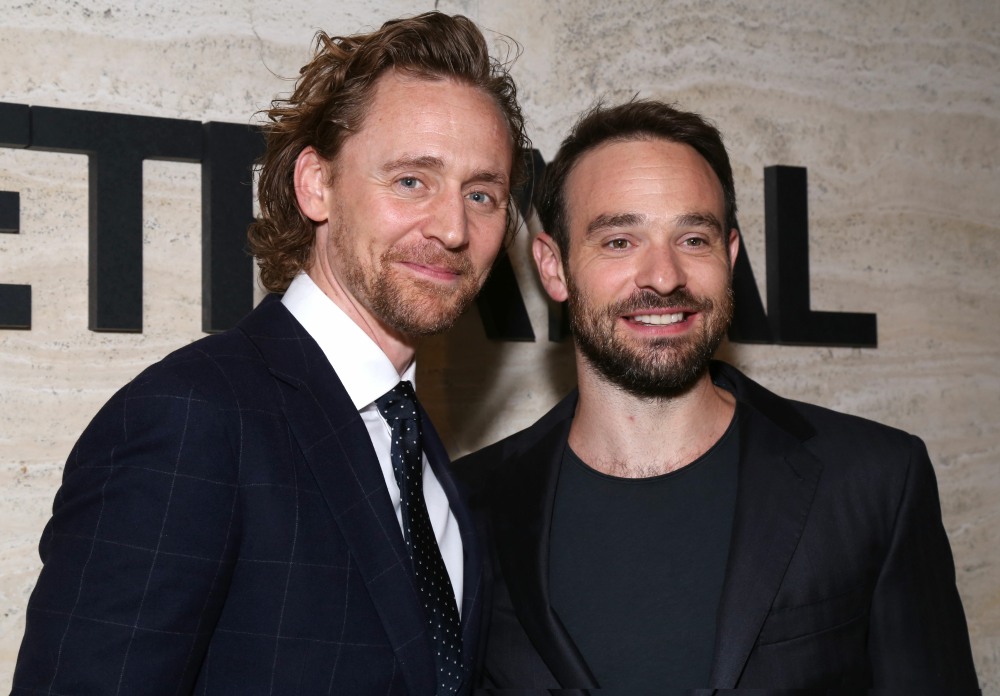 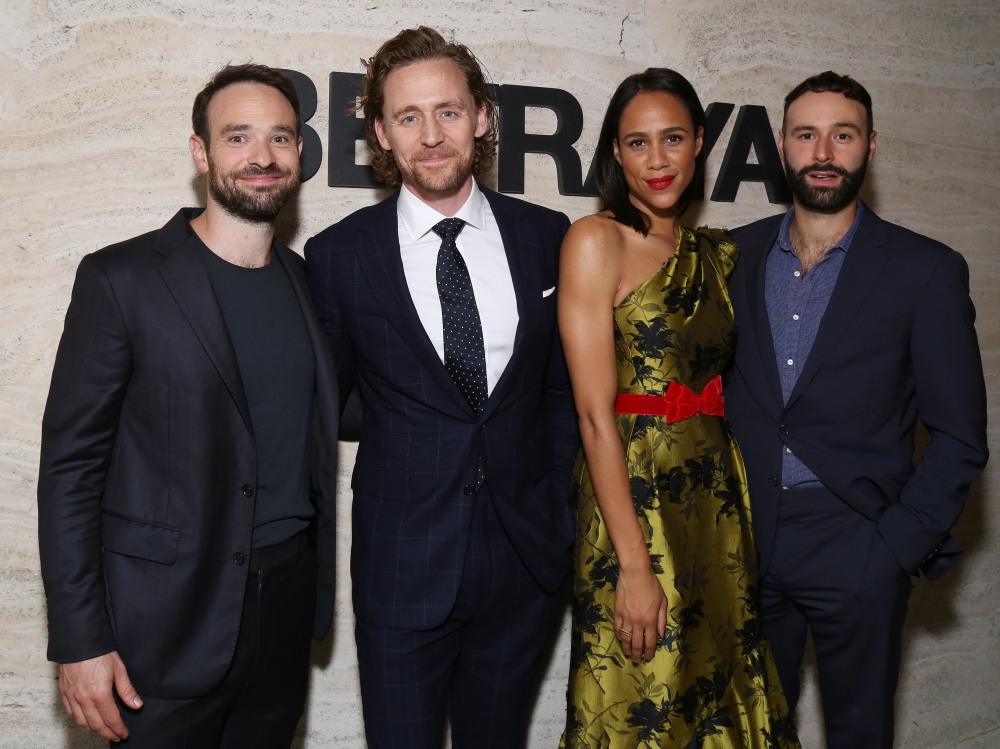