Before she died, Tom was so distraught about losing the love of his life, he had all but decided to give up music. But Linda wasn’t having any of it. She was determined to give him the tools to survive alone. So before she died of cancer, his wife of 59 years set out what was going to happen. “Linda told me, ‘Don’t end your life just because my life is ending,” Tom reveals. “You’ve got to carry on for me. Get up on stage and do it’.” And the way he’ll find the strength to do that is by thinking of her and the laughs they enjoyed together.

“When I came off tour and went home to LA, one of the first things Linda would ask as I got through the door was, ‘Do you have any new jokes?’ I’d keep a record of the funniest jokes to tell Linda, who loved to laugh at them,” he recalls.

“When she knew she was dying, Linda told me,’When you’re on stage, I want to lift you up. Don’t think of me being sad in this hospital. Think of me when you’ve just told me a joke and I’m laughing. Keep that picture in your head and you’ll be able to sing any song you want.'”

Their son Mark, Tom’s manager, helped him realise that vision. And the first song on the star’s new album, a gospel ballad, was inspired by Linda, who died five years ago.

“When I sing I Won’t Crumble If You Fall at my live shows, I’ll see Linda smiling,” says Tom.

He celebrated turning 80 last June by making his new album, Surrounded By Time, which sees Tom work again with Ethan Johns, who produced his previous three albums. And if it sounds as if there’s an extra passion to the music, it could be because it was recorded in his native Wales – remarkably, the first of his 41 albums to be made there, at the studio in Monmouthshire.

And the locals made sure his presence in Wales remained a secret so he could focus on his work. 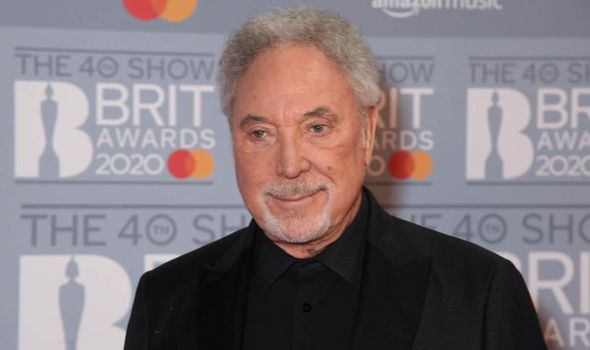 Tom adds: “I’d say to Mark as we drove to the studio, ‘I know this album is going to be great, recording in Wales’, but I had to make sure the hotel I stayed at didn’t know I was recording nearby. “People at the hotel asked me ‘Tommy! What are you doing here?’ and I’d say ‘Oh, I’m just visiting.’ I didn’t want half of Pontypridd interrupting me in the studio.”

As well as Linda’s encouragement to keep going, Tom sought help from a grief counsellor in Los Angeles, where he lived before returning to London to be nearer Mark after Linda’s death.

Tom felt guilty that he might have been able to get Linda a diagnosis sooner if he’d been home more. But doctors reassured him her cancer had progressed quickly. “When Linda was well, I’d recorded a cover of Bob Dylan’s song What Good Am I. The last verse says, ‘If I just turn my back while you silently die, what good am I?’

“I was thinking, ‘Did I stand by and let Linda die?’ I was bothered about that, and I knew that was going to be the hardest song of all to sing, if I could get back on stage as Linda wanted.

“The grief counsellor said What Good Am I should be the first song I should try to sing when I next rehearsed with my band. We arranged rehearsals at a country hotel, Coworth Park in Berkshire.

“We had a few beers to remember Linda and I said, ‘Right, OK. I’ve got to try this.’ And I got through it.”

Now he knows he can still do it, Tom hopes to carry on making music until he’s 100 – and insists he’s never going to slow down despite a recent health scare of his own. 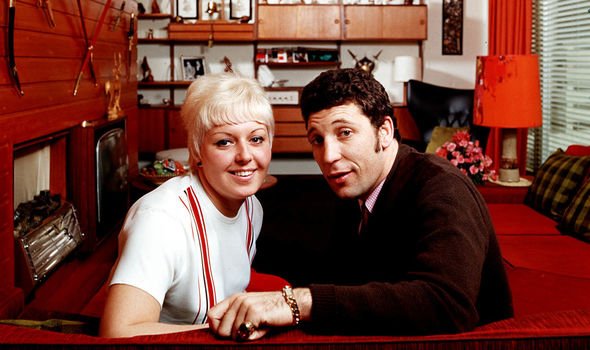 He had a urinary tract infection, which was soon cleared up with antibiotics, but the medic tried to get him to slow down – and got pretty short shrift.

“The doctor told me, ‘You’re 78, you shouldn’t be running about on stage now, should you?’ I was a bit angry at that. I told him, ‘Just because it stings when I pee, that’s got nothing to do with whether I can sing.’

“I felt great then, and I feel great now. I shouldn’t slow down. Slowing down is what kills you.”

His only problem is lockdown means he’s out of practice at touring.

“The album is called Surrounded By Time because I don’t have much of it left. I’d love to think I’ve got 20 years and that I’ll hit 100. Realistically, though? I’ve got maybe 10 years.

“I’m looking forward to getting back on stage, and it’s a lot easier thinking about that since we got the vaccine.”

Tom insists he doesn’t want to complain about being confined at home in his central London flat overlooking the River Thames.

“The only thing that has slowed me down is Covid,” Tom smiled. “I thought to myself, ‘If all I’ve got to worry about is not being able to do live shows, I’m lucky.’

“People are struggling in lockdown to feed their children and keep the house. I can’t sit here moaning ‘But I can’t play live!’ when the public has bigger worries. That’s not right.

Having first covered What Good Am I on his 2010 album Praise And Blame, Tom reworks another Bob Dylan song, One More Cup Of Coffee, on Surrounded By Time. The song describes the pain of hangovers.

“I don’t drink as a rule anymore, because the hangovers are so much harder to shake off,” said Tom laughing. “I used to love to drink, quite a drop, but drink is a younger person’s game. I love a Cognac after dinner, with a cigar and a coffee. For me, those three things have to go together.

“The last time I had a drink was with Mark’s family at Christmas. Mark has taken his mother’s place of making sure I’m careful, but I have to look after myself now anyway. I’m like the old saying: If I’d known I was going to live this long, I’d have taken better care of myself.”

Tom’s determination not to slow down extends to being adventurous in his music. Typical of his new album’s electronic sound is a cover of singer-songwriter Cat Stevens’ 1970 song Pop Star. He says it’s also important to know when to retire certain songs.

“Some songs aren’t right for me to sing. I wouldn’t record Sex Bomb as a dance track like it was on the record if I was to make it now. Hip-hop tunes are made for young singers, so let them do that.

“My old song She’s A Lady from 1971 is the only one of my songs I won’t do on stage anymore, too. There are lines in there, like ‘She always knows her place’, that just don’t work in this day and age. That song doesn’t sit right any more.” 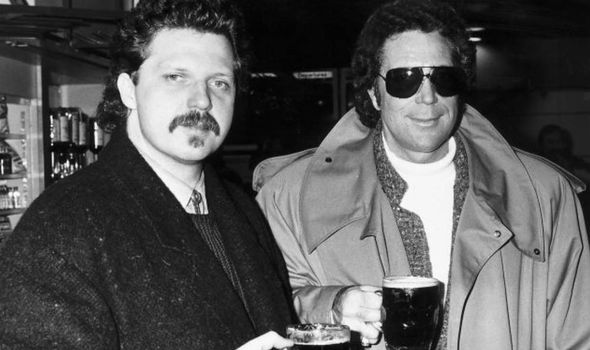 Pop Star had been written as an attack on the music industry, but Tom changes it to be sung from the viewpoint of an enthusiastic newcomer. Tom meets plenty of those on The Voice, the ITV reality singing contest Tom has been a coach on since the show started in 2012.

“My advice to anyone going on The Voice is to be careful what you sing. Winning that show matters a lot less than the impression you make. It’s great exposure, but don’t do what someone else thinks you should do. Make a point and do your best to be you. Don’t think, ‘I’ll sing that song because I’ve been advised to.’

“I had to learn that myself. People thought of me for years as a middle-of-the-road singer, because What’s New Pussycat had a big band and The Green Green Grass Of Home was this lush song with strings. You paint a picture of yourself without realising it, because your songs are all the public can judge you on.”

While Tom is careful to make age-appropriate music, he’s proud his voice remains strong. “I worried about life more when I was younger. I’d always think ‘Right, where’s the next big song?’

“At 80, I’ve weathered the storm through different musical trends and I’m still here. And I’m still alive and well.

“I’m 80, but my voice isn’t. Most singers lose flexibility and their voice slows as they get older. But my voice is still as powerful as ever, thank God.”

And Tom might be returning to Wales soon for work again. “I’m already thinking about more albums. Me and Ethan have been working on more new songs. I can’t slow down yet, can I?”

• Surrounded By Time is released by EMI on Friday. Tom’s new tour runs from July 23 to September 19 and he plays Isle of Wight Festival on September 17