Sir Tom Jones has taken to Instagram to mourn the loss of the “reassuring presence” of the Queen this evening following her death. Queen Elizabeth II died aged 96 at Balmoral Castle while surrounded by members of her close family earlier today.

In view of his 457,000 followers, the Delilah hitmaker paid his respects to the Monarch.

Tom wrote: “Queen Elizabeth II was a constant presence and inspiration throughout my life.

“She was a reassuring force in difficult times, her dedication was faultless and her commitment to duty unrivalled.

“I am honoured and blessed to have witnessed her reign. 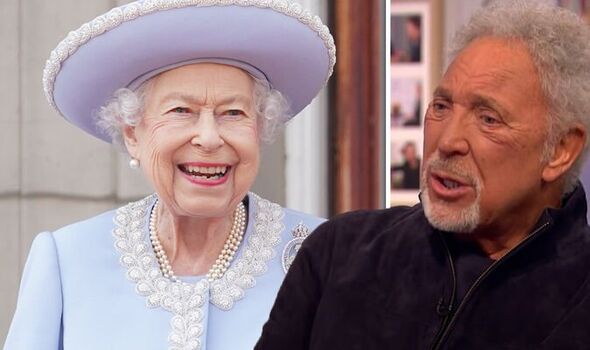 “My deepest sympathies to the Royal Family and gratefully I said, long live the King,” he ended his post.

Following Sir Tom’s message, his followers flocked to leave their own tributes to the royal. 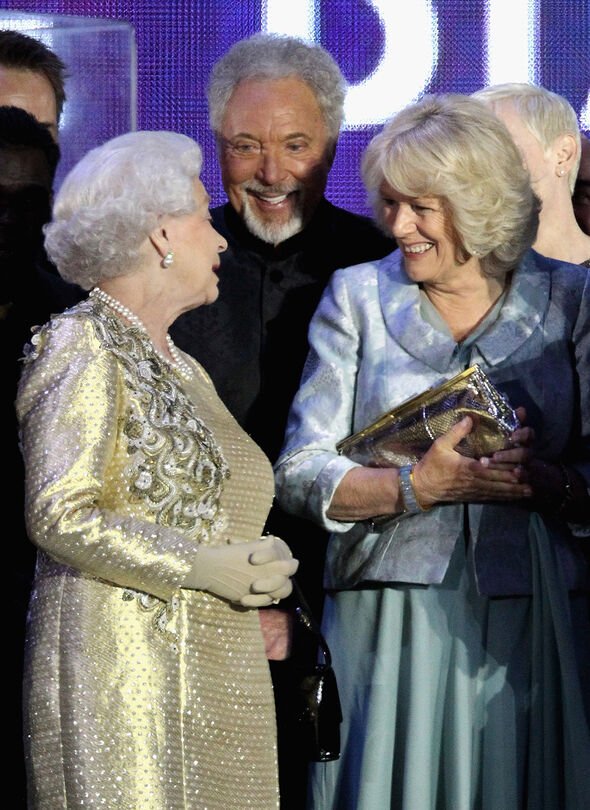 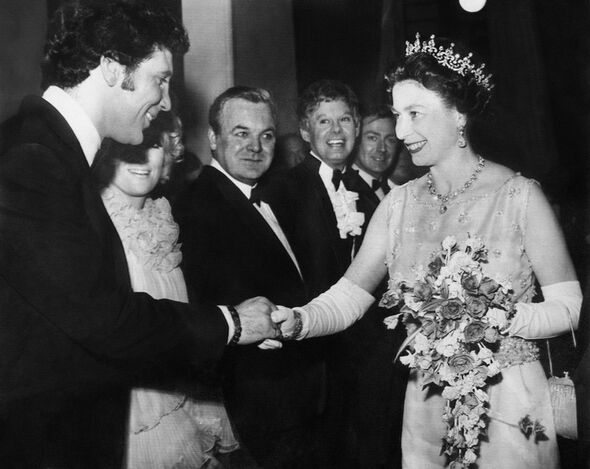 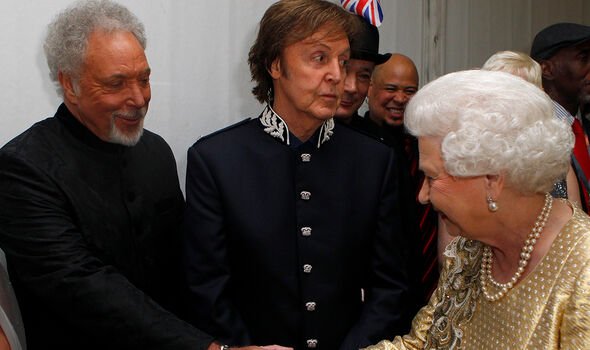 Tom met the royal at a charity function in London in 1970.

A black and white snap shows the Queen beaming as she greets the Welsh singer with a handshake as he softly bowed his head.

The pair met again while on stage at the Diamond Jubilee concert at Buckingham Palace in 2012.

Tom and Elizabeth were all smiles as they engaged in friendly conversation at the celebratory event.

The nation’s longest-reigning monarch Queen Elizabeth II passed away aged 96 at her private royal residence in the Scottish Highlands, one of her favourite places, surrounded by close family who rushed to be at her side.

Charles has become King Charles III having acceded to the throne immediately on the death of his mother.

In a statement at 6.30pm, the Palace said: “The Queen died peacefully at Balmoral this afternoon. The King and the Queen Consort will remain at Balmoral this evening and will return to London tomorrow.”

The UK will enter a period of national mourning for the Queen, who dedicated her life to royal duty and for most Britons is the only monarch they have ever known.

In a statement, Charles said: “The death of my beloved mother, Her Majesty the Queen, is a moment of the greatest sadness for me and all members of my family.

“We mourn profoundly the passing of a cherished sovereign and a much-loved mother. I know her loss will be deeply felt throughout the country, the Realms and the Commonwealth, and by countless people around the world.

“During this period of mourning and change, my family and I will be comforted and sustained by our knowledge of the respect and deep affection in which the Queen was so widely held.”

The Queen’s coffin will lie in state Westminster Hall in the Palace of Westminster to allow the public to pay their last respects, before her funeral is held in Westminster Abbey in around 10 days.