Tune in for cheer-up TV

Tune in for cheer-up TV: Stuck at home again? Then switch on to our glorious guide to the very best shows to see you through lockdown

With coronavirus causing havoc all over Britain, there’s little to do except watch television.

The last time we were cooped up at home we watched a third more telly — spending a staggering 40 per cent of the day bingeing on brilliant shows.

And if TV is our lockdown saviour, we might as well be watching the best that’s on offer.

To help with that, Nicole Lampert has been scouring the listings to serve up the 60 most dazzling on-demand gems to keep us entertained…

Lose yourself in transfixing drama

Froth is the order of the day, so if you haven’t caught up on Emily In Paris (Netflix) now’s the time.

Focusing on American Emily (Lily Collins) arriving to work at a French marketing firm, it is silly, but full of beautiful men, clothes and cliches.

Flack (Sky) is a more home-grown version with Anna Paquin as an American PR executive living in London, mainly dealing with her awful clients and hopeless lovers.

The Morning Show (Apple TV+) with Jennifer Aniston and Reese Witherspoon, about the fallout of a sexism scandal at a U.S. news channel, is equally glossy.

Every episode gets better and better.

The same is true of Succession (Sky/Now TV), a satirical drama loosely based on the Murdochs.

The characters (including Brian Cox as the patriarch) fighting for control over a media empire are all despicable but mesmerising.

If you want to be stirred emotionally, try This Is Us (Amazon Prime Video) starring Mandy Moore — the bittersweet story of triplets, their family, and their lives and loves. It will have you laughing one minute and crying the next.

Also moving is The Queen’s Gambit (Netflix) with Anya-Taylor Joy as a chess prodigy who struggles with drug addiction as she tries to become the world’s best player in 1960s America.

The Undoing (Sky/Now TV) stars Nicole Kidman as a wife whose seemingly perfect life comes crashing down as she discovers dark secrets about her husband, played by Hugh Grant.

For something completely different, Halt And Catch Fire (Amazon Prime Video) is a fascinating take on the early days of personal computers.

It’s set in the 1980s, where entrepreneur Joe MacMillan’s fictional company Cardiff Electric is running a project to clone the new IBM machine. 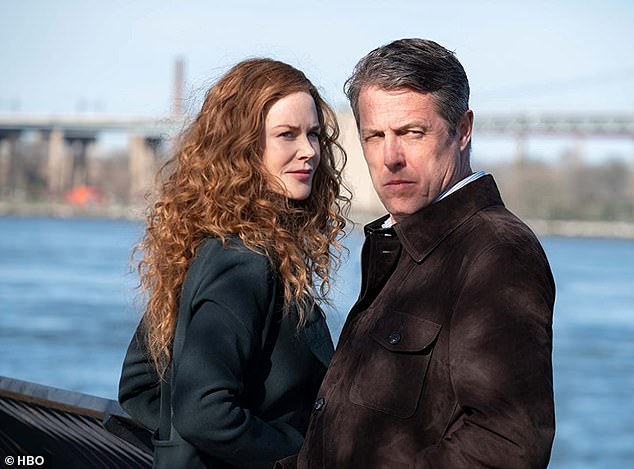 And there is also political thriller Roadkill (BBC iPlayer), with Hugh Laurie as a charismatic Tory MP whose past deeds return to haunt him.

While for pure escapism, A Suitable Boy (BBC iPlayer), about a girl whose mother wants to find her a man to marry in post-partition India, is a riot of colour, sounds and fine architecture.

Staged (BBC iPlayer/Netflix) features Michael Sheen and David Tennant as even more luvvie versions of themselves rehearsing a play over Zoom.

It’s acclaimed, and for good reason.

Love Life (BBC iPlayer) is like a funnier version of Emily In Paris, with Anna Kendrick as Darby Carter, a millennial who is just trying to find love in New York. 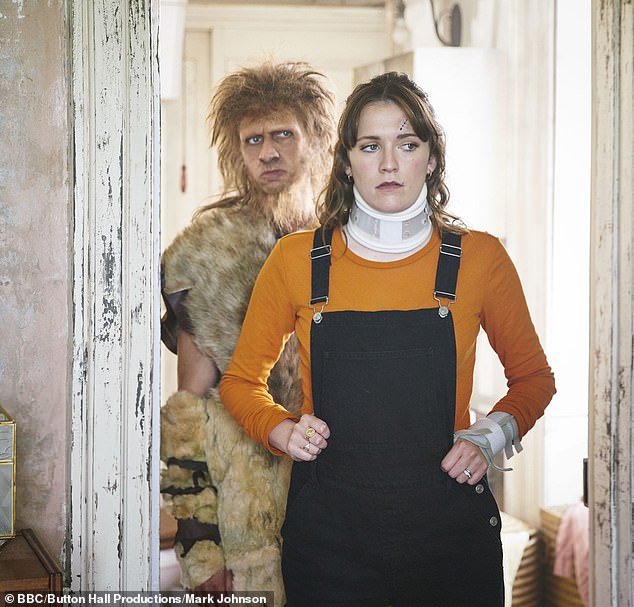 Ghosts (BBC iPlayer), about a group of disparate spooks stuck in a stately home, is a treat

Also still available is Motherland (BBC iPlayer/Netflix), about a group of bickering school parents, led by Anna Maxwell Martin’s Julia, who try to get one over on queen bee Amanda (Lucy Punch).

Seriously off-the-wall comedy What We Do In The Shadows (BBC iPlayer), a mockumentary about four vampire roommates, is bitingly funny.

And Ghosts (BBC iPlayer), about a group of disparate spooks stuck in a stately home, is a treat.

Maxxx (All 4), meanwhile, is an often cringeworthy look at the world of pop. It’s written and directed by O-T Fagbenle, who plays a former boyband star drug-shamed by a tabloid newspaper.

Battling the attentions of a super-fan, and learning to parent his adopted teenager, he is determined to prove he isn’t a loser.

Schitt’s Creek is written by and stars Dan and Eugene Levy as two members of a wealthy family who lose all their money and are forced to live in a hick town they bought as a joke.

The Marvelous Mrs Maisel features Rachel Brosnahan as middle-class Jewish housewife Miriam ‘Midge’ Maisel who accidentally discovers she has a talent for comedy when her husband leaves her.

The series focuses on her zany family life and ambition to make it on the New York comedy circuit.

Family is also the focus of Better Things (BBC iPlayer), written by and starring Pamela Adlon as a divorced actress struggling to raise her daughters.

A quirkier award-winning comedy is Transparent (Amazon Prime Video), about a Los Angeles family whose lives are disrupted when dad Mort comes out as a transwoman called Maura (Jeffrey Tambor).

Crime that chills you to the bone

Criminal (Netflix) makes enticing play-like stories out of an hour in an interrogation room.

The Sinner (Netflix) stars Bill Pullman as Detective Harry Ambrose, who delves into the motivations of murderers. While Reckoning (All 4) examines how the death of a teenage girl in a suburban community rocks two families. 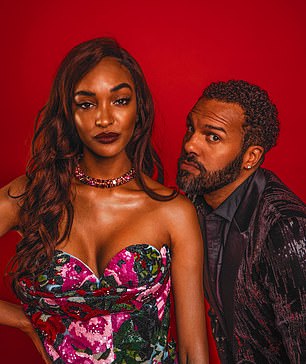 Maxxx is an often cringeworthy look at the world of pop

Unforgotten (Netflix/BritBox), with Nicola Walker and Sanjeev Bhaskar as detectives Cassie Stuart and Sunny Khan, is a series of brilliant whodunnits that will leave you guessing until the end.

Period drama and detective novel combine in The Alienist (Netflix) set in 1890s New York where a serial killer is on the loose, and a journalist and psychologist (Luke Evans and Daniel Bruhl) team up to try to solve the mystery.

Noirish Goliath (Amazon Prime Video) sees Billy Bob Thornton play Billy McBride, a lawyer who has fallen on hard times when he gets a case which changes everything.

If you’re not too squeamish, the following are worth a look: Gangs Of London (Sky/Now TV) about a brutal criminal turf war; The Boys (Amazon Prime Video), focusing on a group of vigilantes battling against arrogant superheroes; and Luther (BBC iPlayer), starring Idris Elba as a maverick detective hunting killers.

Less brutal is Ozark (Netflix), about Marty Byrde (Jason Bateman), a city accountant who launders money for a drug cartel.

When his crooked partner ends up dead, a desperate Marty relocates his family to a small resort town and sets about trying to repay his debts.

Meanwhile, if you favour spy dramas, watch Homeland (Netflix) starring Claire Danes as unhinged CIA agent Carrie Mathison and Damian Lewis as Nicholas Brody, a sniper imprisoned by al-Qaeda. Carrie has to learn whether he has been ‘turned’ by the enemy. 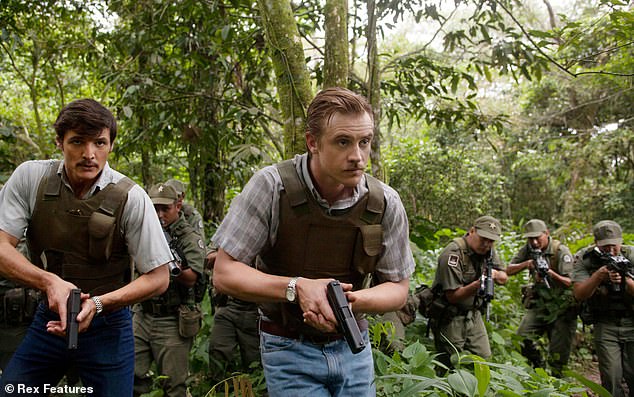 The Americans (Amazon Prime Video) is an excellent tale of Russian spies, loosely based on the real-life story of sleeper agents in the U.S. Matthew Rhys and Keri Russell star as Philip and Elizabeth Jennings, loving parents and travel agents by day, who have a secret life.

If you like your crime drama based on reality there’s plenty to enjoy. American Crime Story (Netflix) has the brilliant The People vs O. J. Simpson, about the trial of the hero football star, played by Cuba Gooding Jr, plus The Assassination Of Gianni Versace, with Darren Criss winning awards for his chilling portrayal of murderer Andrew Cunanan.

The much lauded Narcos (Netflix) tells the incredible story of the hunt for drug kingpin Pablo Escobar.

You may have already heard the buzz about Selling Sunset (Netflix), the reality show which has it all; beautiful LA homes, beautiful women and plenty of bitchy fighting.

If you are ready for your next fix of reality, there is Million Dollar Listing (Amazon Prime Video/hayu) which is more of the same but set in New York.

Below Deck (first two seasons on Netflix/hayu) has fans hooked on getting to know the staff who work on incredible yachts.

There are more than a dozen Real Housewives of… franchises, (hayu/Cheshire on ITV Hub).

The glossiest is Beverly Hills, the most down and dirty is New Jersey, while Cheshire gives a bit of British flavour.

Angels Of The North (BBC iPlayer), meanwhile, looks at the lives and loves of the women working at a Tyneside hair salon. 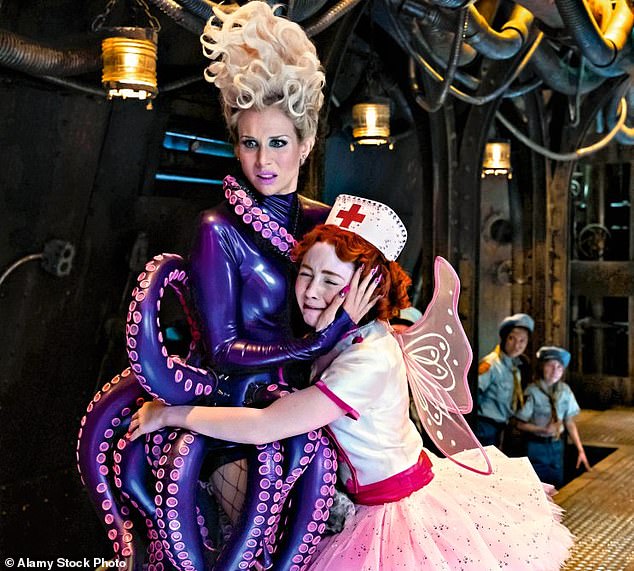 A Series Of Unfortunate Events

Sport lovers should not miss The Last Dance (Netflix) about Michael Jordan’s extraordinary career, Lance (BBC iPlayer) about one of the most inspirational and infamous athletes of all time, and Cheer (Netflix) which looks at the world of competitive cheerleading.

Once Upon A Time In Iraq (BBC iPlayer), about the Iraq War, has brilliant sources — from citizens to soldiers, the CIA and even Saddam Hussein’s friends — while The Mole: Infiltrating North Korea (BBC iPlayer) follows two men’s ten-year mission to get inside the country and reveal its secrets.

History buffs should check out the absorbing Henry VIII (My5).

In the ‘you-couldn’t-make-it-up’ category are the bizarre Don’t F*** With Cats (Netflix), about how a group of internet nerds took on a sadistic killer, while Abducted In Plain Sight (Netflix) reveals the story of a paedophile who managed to seduce an entire family.

Gripping tales on the frontline

Fauda (Netflix) is a tense spy drama which follows a group of elite Israeli soldiers who work undercover on the West Bank.

Money Heist (Netflix) is a more light-hearted Spanish drama about criminals attempting to pull off a robbery at the Spanish mint.

Deutschland 83 (All 4) goes to the heart of the Cold War, starring Jonas Nay as an East German sent to spy on West Germany.

Look out, too, for similar Berlin drama The Same Sky (All 4), starring The Bridge’s Sofia Helin.

To The Lake (Netflix), a Russian series about living in a pandemic, might seem a little close to home, but if nothing else it shows how much worse things could be. 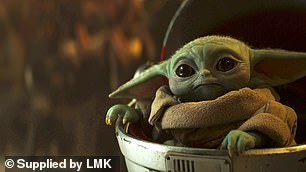 The Mandalorian is set in the Star Wars universe

A Series Of Unfortunate Events (Netflix) is a thrilling caper about three gifted children trying to escape evil Count Olaf.

And The Mandalorian (Disney+) is set in the Star Wars universe five years after Return Of The Jedi.

It stars Pedro Pascal as a bounty hunter hired to retrieve ‘The Child’, known to fans as ‘Baby Yoda’.