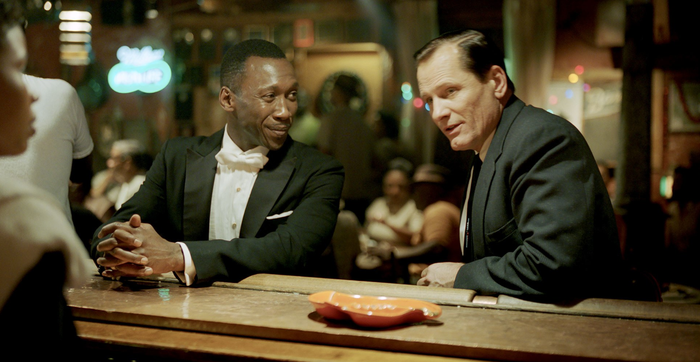 During an interview with the Independent, Mortensen said: "Much of the criticism that was leveled at that movie was not only unreasonable, but it was inaccurate, mendacious, and irresponsible."

"It's based on a load of bulls— and an axe to grind and little else," he continued. "Does it affect what I'm doing, or how people perceive me as an actor? Maybe it does. But I can't really do anything about that."

Mortensen, who is best known for his role as Aragorn in the "Lord of the Rings" trilogy added: "It's become a cliché to say, 'Is this movie going to be the 'Green Book' of this year?' 'Green Book' has become a pejorative."

In the film, Viggo Mortensen plays Tony "Lip" Vallelonga, an Italian-American driver who is given the unique job of driving and protecting Black concert pianist Dr. Don Shirley, played by Oscar-winner Mahershala Ali, during his 1962 concert tour across the segregated South.

After the film's release, it was met with widespread criticism for indulging in contrived white savior narratives and outdated stereotypes including one particular scene where Mortensen's character teaches Ali's Shirley how to eat fried chicken.

"Green Book" was also strongly and publicly criticized by Don Shirley's surviving family who said the film was a gross misrepresentation of their relative. Shirley's brother, Maurice Shirley, described the film as a "symphony of lies" and said that the musician had asked for the film not to be made before he died in 2013.

"Green Book" was nominated for five Oscars and won three. Nick Vallelonga, the real-life son of Mortensen's character who wrote the screenplay, took home best original screenplay. Mahershala Ali also picked up his second Oscar for best supporting actor. But shortly after the win, Ali apologized to the Shirley family.

Both Ali and the film's director Peter Farrelly said they did not know any members of the Shirley family were still alive with whom they could consult about the film's screenplay.

The film was further marred during an audience Q&A when Viggo Mortensen, speaking about racial progress in America, used the N-word while sitting next to Mahershala Ali. In a statement to The Hollywood Reporter, Mortensen apologized for using the word.

"Although my intention was to speak strongly against racism, I have no right to even imagine the hurt that is caused by hearing that word in any context, especially from a white man. I do not use the word in private or in public. I am very sorry that I did use the full word last night, and will not utter it again."

All the controversies surrounding 'Green Book,' which just won the Oscar for best picture