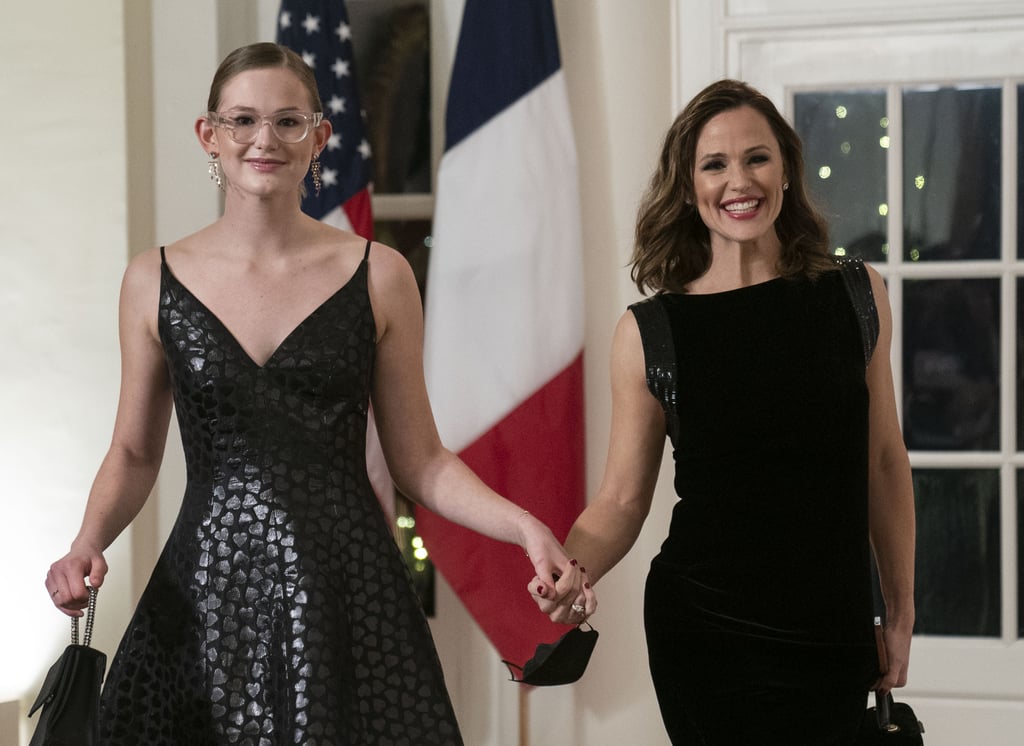 Violet Affleck made a major appearance with mom Jennifer Garner at the White House on Dec. 1, and she looked all grown up. The duo attended the state dinner held by President Joe Biden and First Lady Jill Biden in honor of French President Emmanuel Macron and his wife Brigitte Macron. Thursday was also Violet’s 17th birthday, and in the photos, Garner beams at her eldest. See the photos of Violet and Garner’s night out in DC ahead.

Garner shares Violet and her siblings Seraphina, 13, and Samuel, 10, with ex-husband Ben Affleck. The trio also have two step-siblings thanks to dad Ben’s marriage to Jennifer Lopez, twins Emme and Maximilian, 14. Violet and her siblings attended Ben and Lopez’s lavish wedding in Georgia in August. Post-Thanksgiving, Ben was spotted with Violet, Seraphina, Emma, and Max at the Beverly Hills farmers market.

Garner and Ben are both pretty private about what they share about their kids’ lives. Garner is very active on Instagram, but she rarely shares photos of them or updates on them and their activities. Garner also tends to keep her lips sealed about her love life, but she’s reportedly been dating businessman John Miller on and off since 2018.

Other celebrities at the Thursday night dinner included Stephen Colbert, John Legend and Chrissy Teigen, Ariana DeBose, Anna Wintour, and Julia Louis-Dreyfus and her son Charlie Hall, who appears in the new season of “The Sex Lives of College Girls.”

Earlier this year, Garner starred in Netflix’s “The Adam Project” alongside her “13 Going on 30” costar Mark Ruffalo and Ryan Reynolds. She’s also been busy filming her new series “The Last Thing He Told Me” for Apple TV+. The show, based on the novel of the same name and produced by Reese Witherspoon’s Hello Sunshine, also stars “Spider-Man: Far From Home”‘s Angourie Rice, “Game of Thrones” star Nikolaj Coster-Waldau, and Aisha Tyler.