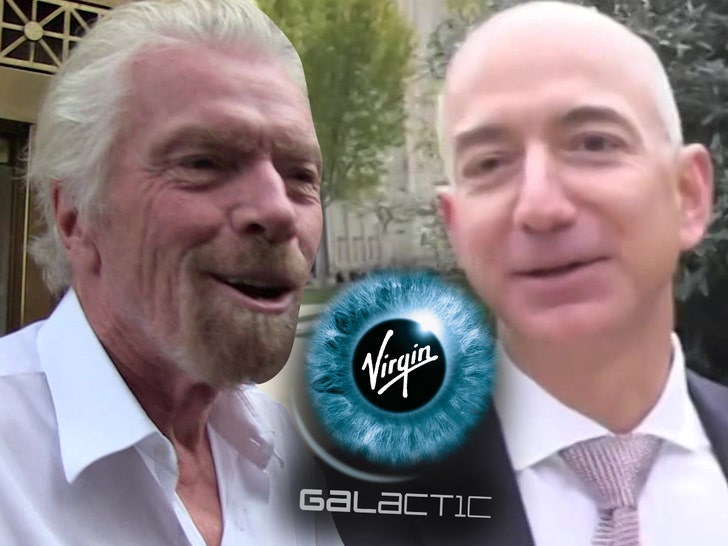 Richard Branson is closing in on winning the billionaire space race with Jeff Bezos — because Virgin Galactic now has a flight planned for next weekend, and the British billionaire will be onboard.

Virgin Galactic says Branson will be joined by 2 pilots and 3 other astronauts on the spaceflight, with Richard “testing the private astronaut experience” … a fancy phrase for the views from space, the cabin, seating and zero gravity.

If all goes according to plan, Virgin Galactic and Richard will beat Blue Origin and Bezos by a healthy margin.

Remember, when Jeff announced his launch, back on June 7, Branson hadn’t even publicly mentioned a date for his trip. That changed within a matter of days.

Whoever said it’s not a competition … flat out lied.