After being in the spotlight due to his ties with convicted sex offender Jeffrey Epstein, Prince Andrew seems to have taken a backseat to his nephew’s shenanigans. Ever since Prince Harry talked to Oprah Winfrey about all the ways the royal family wronged him, royal watchers seem to have moved on from Andrew’s own disastrous 2019 interview, which led to him stepping back from royal duties.

Some royal watchers are furious that Prince Andrew’s scandal has been forgotten and, in June, blasted him for enjoying himself on Windsor grounds, per Express. Two podcast hosts, Rachel Bowie and Roberta Fiorito, were upset when new photos emerged of the Duke of York and Sarah Ferguson riding on the estate last week. “My low of the week were the pictures of Prince Andrew out horseback riding,” Bowie revealed before continuing, “He’s throwing his head back and laughing.” She pointed out, “He’s got to be laughing at the fact that everyone is so focused on William and Harry’s drama.” The British shade game is strong.

In the meantime, it seems as if Queen Elizabeth II’s second son has endeared himself to her. The queen and the Duke of York have always been especially close and this is not the first time he treated her to an unexpected gift this year. Now, Andrew has “delighted” her again during what must have been a difficult week. Keep reading to find out how Andrew cheered up his mom. 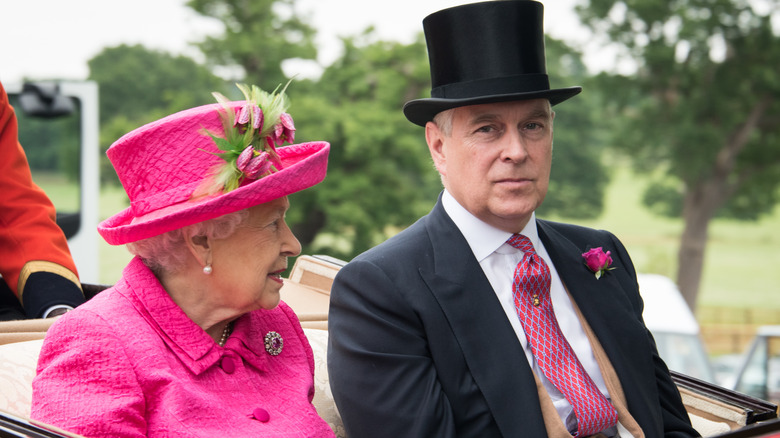 There’s one sure way to Queen Elizabeth’s heart, and that’s to get her a new dog. According to The Sun, Prince Andrew surprised her with a 6-week-old corgi during the week that her husband would have had his 100th birthday. It was also given to the monarch to celebrate her official birthday, which she celebrated over the weekend. A source told the outlet, “The Queen has had a rough time and she is absolutely delighted to have a new corgi.”

Of course, those who follow the antics of the royal family know that Prince Andrew also presented the queen with puppies in March this year. However, one of the dogs, Fergus, recently died, per The Sun. The insider alleged, “She was distraught when Fergus died suddenly, but this new dog will be perfect company for Muick going forward.”

Page Six reported that Queen Elizabeth’s pooches live a royal life. Apparently, Darren McGrady, a royal chef, shared that he was entrusted with the task of catering to the queen’s canines. “I thought I was going to be cooking for kings, queens and presidents. I did eventually, but one of the first jobs I had was cooking for the corgis — the royal corgis — making fresh food every day,” he said. Lucky pets!