Who Is Enhypen? The ‘I-Land’ Winners Will Be Your New Favorite K-Pop Group

K-Pop fans eagerly tuned in to Big Hit Entertainment and CJ ENM new singing competition show I-Land every week over the summer to see if their favorite contestant went home or advanced in the competition. After following the stars’ individual journeys for so long, viewers saw the show finally wrap up on Sept. 18. The seven guys who came out on top formed the K-Pop group Enhypen. Coming from the same agency who formed BTS and TXT, Enhypen is set to do big things in the future as well, so you better get to know them before the whole world beats you to it.

The anticipation for the series’ grand finale was unbelievable. For three months, viewers were kept on their toes as they tried to keep their favorite participant from being eliminated. Fans voted by the millions in order to help their top pick move forward. On Sept. 18, finale night, the show trended worldwide on Twitter, with fans eager to find out the results of the final seven participants. To find all the details surrounding the group’s members and debut date, take a look below.

1. Who are the Enhypen members?

Thanks to a combination of fan votes and the producers’ decisions, in the end, the following guys debuted in Enhypen: HEESEUNG, JAY, JAKE, SUNGHOON, SUNOO, JUNGWON, and NI-KI. The group is made up of multinational members from Korea, Japan, and Australia, and their ages range from 14 to 18. 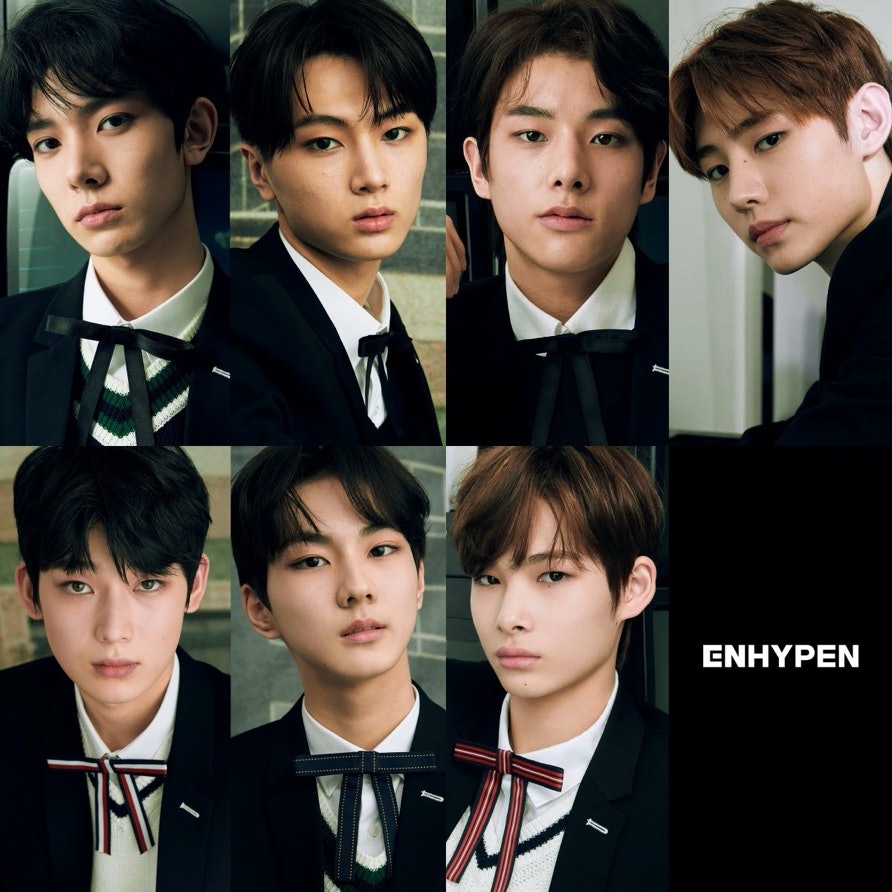 2. What does Enhypen mean?

According to Big Hit, Enhypen’s name comes from the word "hyphen." Since the word is used to connect one word to another, Enhypen represents "seven different boys" who "connect to discover one another and grow together." Additionally, the members aspire to bring their fans together through their music.

3. What is Enhypen’s sound?

Enhypen doesn’t have any official releases yet, but on the last episode of I-Land, the final nine contestants performed an original song called "Calling (Run To You)" (right in front of BTS, BTW). The clip could give fans an idea of what concept the group might gravitate toward in the future. Watch it below.

Additionally, since it’s tradition for K-Pop groups to assign different roles to members depending on their specialties, fans know they’ll likely have a vocal and rap line distribution. From what they saw on I-Land, fans predict the rappers will be JAY, NI-KI, and JAKE, while the vocalists will be HEESEUNG, SUNGHOON, SUNOO, JUNGWON.

4. When will Enhypen debut?

Fans won’t have to wait too long to hear music from their new faves because the group will debut by the end of 2020. So far, Big Hit hasn’t revealed the exact date fans can expect a single or EP. Considering Enhypen already has social media accounts filled with photo and video teasers, that day should be here sooner rather than later.

So far, Big Hit has confirmed TXT will make a comeback in October, and then BTS will follow soon after in November. It’s unlikely Enhypen will debut at the same time as their brother groups, so it’s safe to assume they’ll probably have a December debut.

For now, that’s all there is to know about Enhypen. Since fans have yet to hear music from them, there’s so much curiosity surrounding their debut. TXT’s and BTS’ comebacks are coming soon as well, so these next few months will be jam-packed with releases for Big Hit fans.