Why Prince William Is Boycotting Social Media for 4 Days

Taking a stand. Prince William showed his support for a social media strike organized by U.K. soccer fans by starting a digital detox of his own.

The Duke of Cambridge, 38, announced on Friday, April 30, that he wouldn’t be active on his social platforms for the next few days. “This weekend we join the football community in the UK in uniting for a social media boycott from 3pm on Friday 30 April to 11.59pm on Monday 3 May, in response to the sustained abuse received online by players and many others in the football community,” a post on the Kensington Royal Instagram account read. 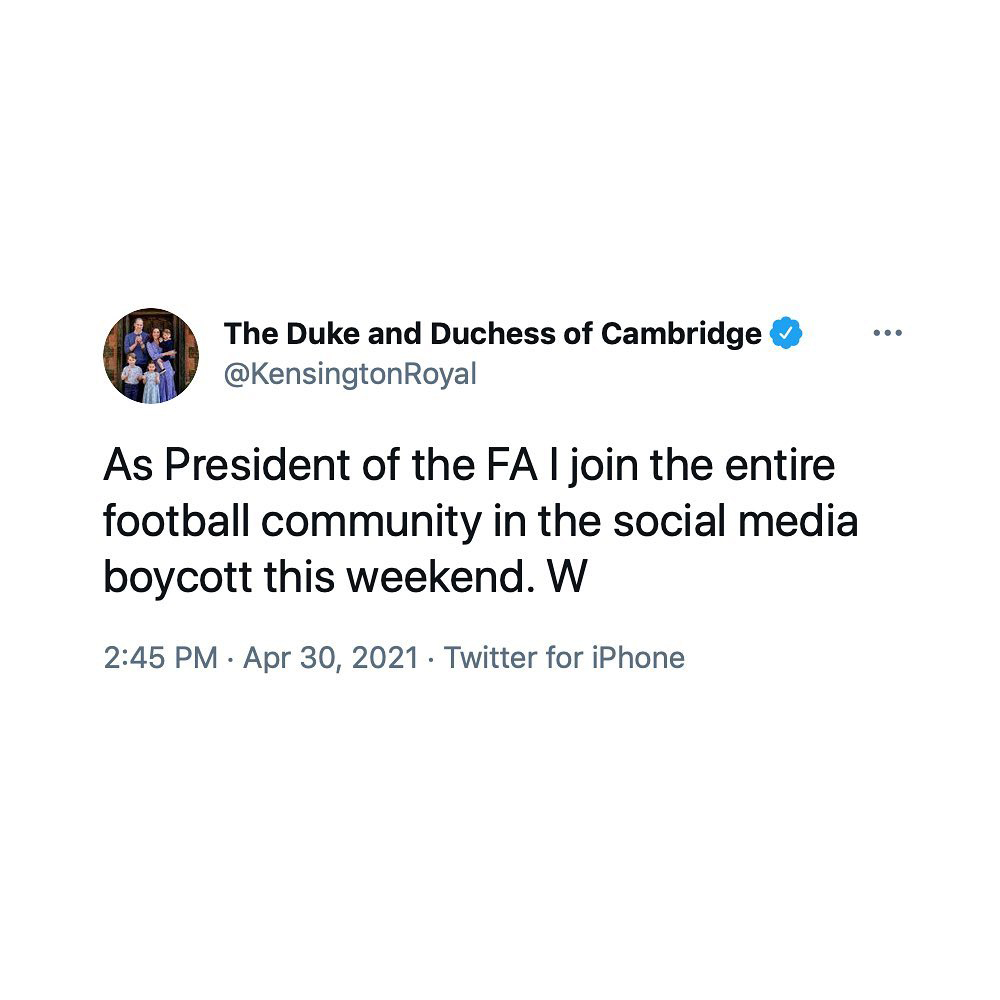 Alongside the caption was a screenshot of a tweet signed “W” for William, who currently acts as the head of England’s Football Association. “As President of the FA I join the entire football community in the social media boycott this weekend,” he tweeted on Friday.

William’s social media absence comes in the midst of a movement against “sustained and ongoing online abuse,” according to a post from Manchester City soccer star Raheem Sterling.

The boycott is asking social media companies to “do more” to combat racist and sexist harassment on their platforms. Those supporting the four-day hiatus hope that there will soon be “stronger preventative and takedown measures in place to stop discriminatory abuse being sent or seen, be accountable for safety on platforms” and “ensure real-life consequences for online discriminatory abuse” by banning accounts spreading hateful language. The digital protest will conclude on Monday, May 3.

Four months before taking a stand online, William spoke out against the “despicable” comments being made toward athletes of color in England. 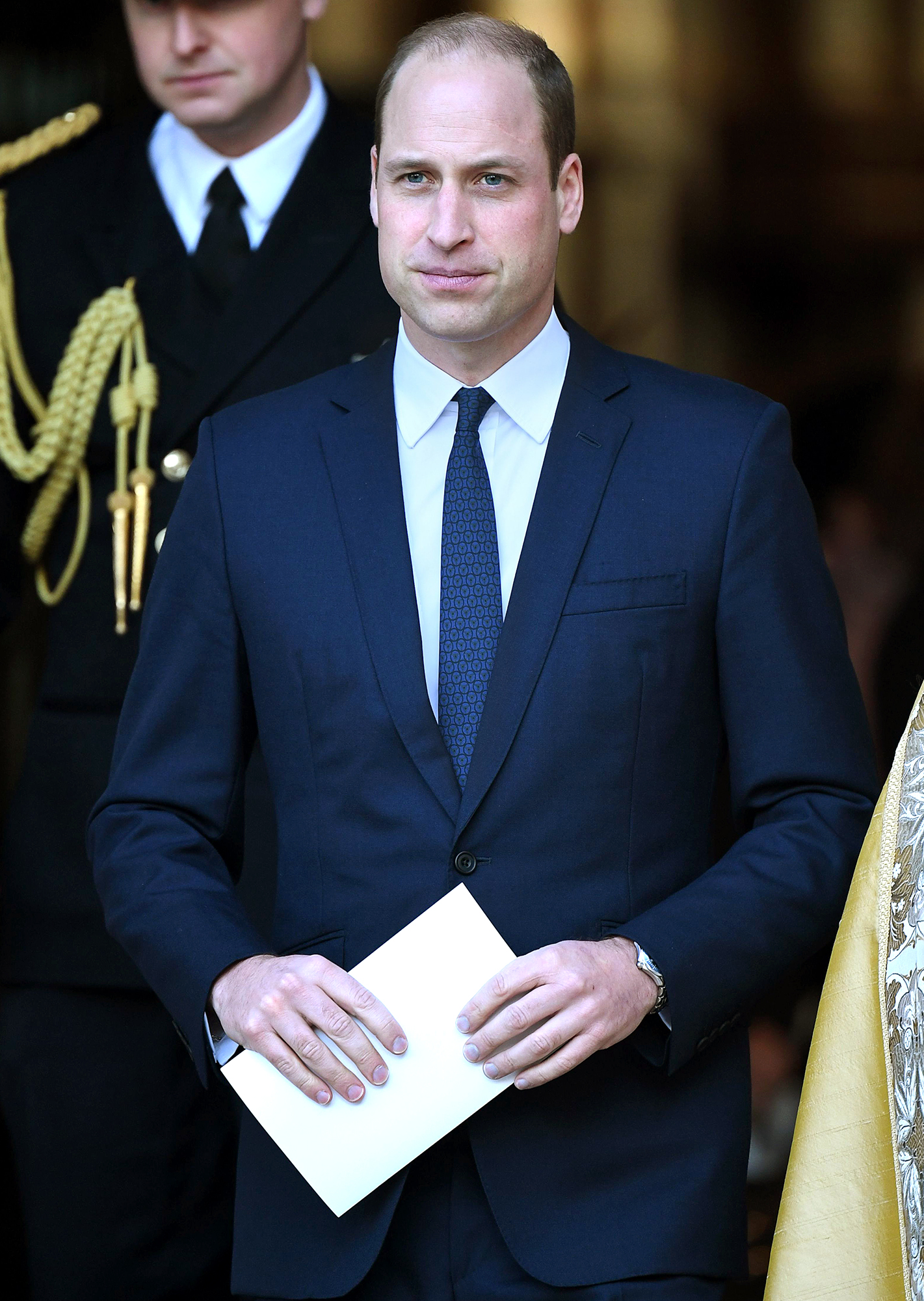 “Racist abuse — whether on the pitch, in the stands, or on social media — is despicable and it must stop now,” he tweeted in January. “We all have a responsibility to create an environment where such abuse is not tolerated, and those who choose to spread hate and division are held accountable for their actions. That responsibility extends to the platforms where so much of this activity now takes place.”

Again signing the powerful message with his initials, William concluded, “I commend all those players, supporters, clubs and organizations who continue to call out and condemn this abuse in the strongest terms.”

William’s younger brother, Prince Harry, has also been outspoken about the dangers of social media since marrying Meghan Markle in May 2018. The Suits alum, 39, was the target of discriminatory messages both online and in the British press before the pair announced their decision to step back from their senior royal duties in January 2020. They now reside in California with their son, Archie, 23 months.

Royally Rocky: Inside William and Harry’s Relationship Over the Years

“I have been a silent witness to her private suffering for too long. To stand back and do nothing would be contrary to everything we believe in,” Harry, 36, wrote in a passionate statement defending his wife in October 2019. “There comes a point when the only thing to do is to stand up to this behaviour, because it destroys people and destroys lives. Put simply, it is bullying, which scares and silences people. We all know this isn’t acceptable, at any level. We won’t and can’t believe in a world where there is no accountability for this.”