Zendaya and a vintage Valentino — need we say more? See photos of the actress wearing the glamorous gown for the ‘Euphoria’ Season 2 premiere.

Coming out in vintage style! Zendaya came to the Euphoria season 2 ready to serve in some vintage glamour, wearing a gorgeous spring/summer 1992 Valentino dress. The 25-year-old actress, who was styled by Law Roach, showed up to the Jan. 5 Los Angeles event in the strapless black-and-white striped gown originally debuted on the catwalk in ’92 by supermodel Linda Evangelista.

Both Zendaya and Law shared photos to their Instagram stories of the designer posing with Linda and other models from the show as well as shots of Linda striking a pose in the stunning frock on the catwalk. Zendaya also made an effort to echo the ’90s look with similar glam, sweeping her newly cropped auburn-colored locks up and back with a deep side side part. She also sported Bulgari serpent Viper pendant earrings to complement the look. 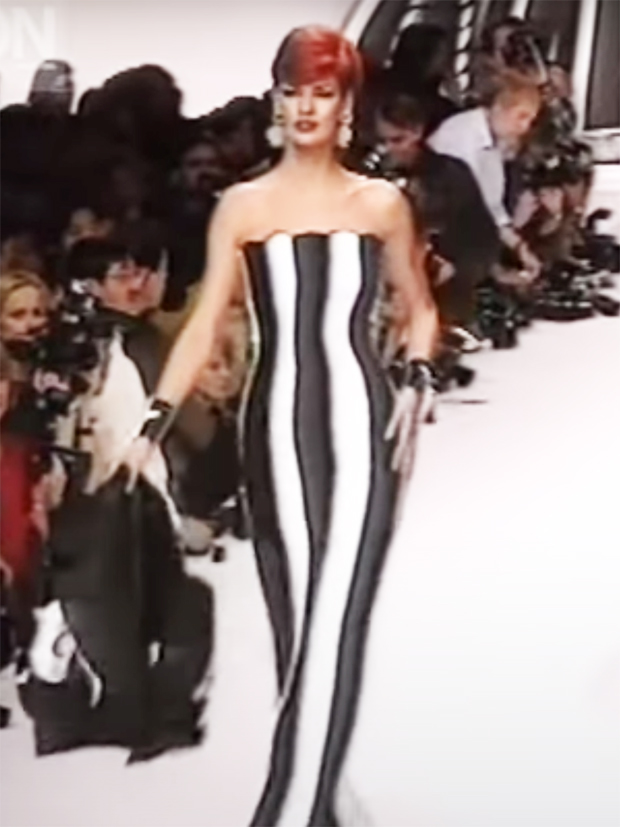 In addition to the cast’s epic fashions for the premiere, fans have been more than excited after the season two trailer dropped in Nov. 2021. The second season cast includes returning faces and new cast members. In addition to Zendaya, the series regulars are Hunter Schafer, Nika King, Eric Dane, Angus Cloud, Jacob Elordi, Algee Smith, Sydney Sweeney, Alexa Demie, Barbie Ferreira, Maude Apatow, Javon Walton, Dominic Fike, Storm Reid, and Austin Abrams. The show was renewed for a second season all the way back in 2019, when the first season premiered. Due to the COVID-19 pandemic, Euphoria experienced several delays, however the show did give us two special episodes in 2020 and 2021.

In addition to fans being hyped around seeing some of their favorite faces making a return, Zendaya recently teased the idea of her beau and Spider-Man co-star, Tom Holland, making a possible cameo in the show. During a Jan. 6 interview with Extra, the interviewer asked about the mystery in the briefcase in the trailer as Zendaya joked about Tom being in the bag. “I cannot tell you [what’s in there]. I think it might also be pretty obvious from the trailer what’s in the suitcase,” Zendaya responded.

“Is it Tom? I know how badly he wants to be on the show,” the interviewer asked. Zendaya laughed and teased that it was her 25-year-old boyfriend in the bag. “He pops out! Yeah, that’s the big spoiler,” she quipped. Even though she seemed like she was playing around, a cameo from her boyfriend would be a pretty sweet surprise.