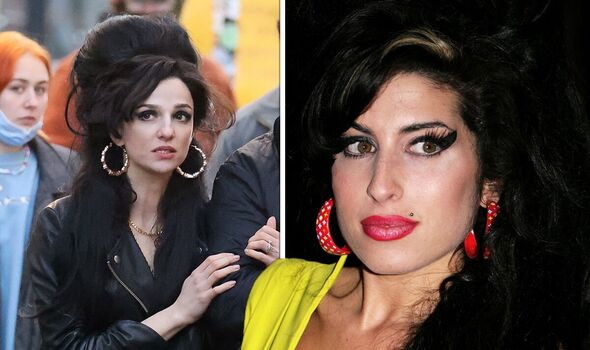 Amy Winehouse tragically died on July 23, 2011, at her home in Camden Square. She lost her life after intaking a “fatal” amount of alcohol. Since then, the 27-year-old has become a musical icon, with her dulcet tones and powerful songs becoming legendary. Many documentaries have shown off the star’s journey through the years, but she is now getting the Hollywood treatment.

Amy’s story is now being immortalised in moving pictures in the upcoming biopic Back To Black. The movie will show off how the young Londoner became incredibly famous before battling addiction and ultimately losing her life. The film stars Marisa Abela, a 26-year-old Brighton actor who previously starred in TV shows COBRA and Industry.

Marisa appears in the first images of Back To Black’s shooting, taking place in London’s Soho. The 26-year-old appears in the jazz singer’s distinctive fashion style, complete with beehive hair-do and tight dress. She can be seen at first hopping out of a cab before grabbing the arm of Eddie Marsan.

Eddie is playing Amy’s father, Mitch Winehouse, who was a prominent figure in the singer’s career. Since the singer’s death, he has since kept the memory of his daughter alive by appearing in documentaries about her and looking after her estate.

The Amy Winehouse biopic will explore the star’s life

The Back To Black movie – which is named after Amy’s 2x platinum certified song – will also delve into the star’s journeys to rehab to combat her addiction problems. The picture is being directed by Sam Taylor-Johnson – the wife of Aaron Taylor-Johnson, who is currently at the top Bond odds leaderboard.

The Amy Winehouse biopic does not yet have a release date

Back To Black does not yet have a release date, but considering filming has just begun, fans of the singer will likely have to wait a few months before any further updates.