Andrea Riseborough Can’t Believe She Was Nominated for an Oscar, Either

A social media campaign by some famous friends netted the star of “To Leslie,” a little-known microbudget indie, her first Oscar nomination. 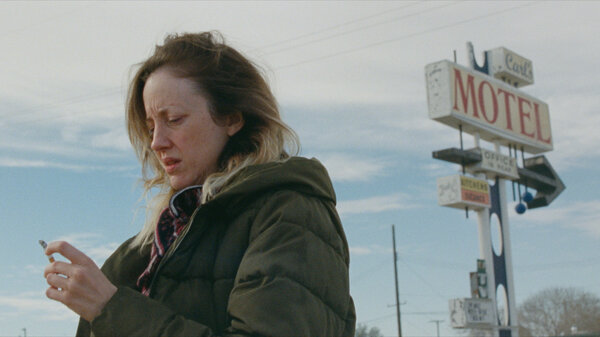 It was Andrea Riseborough’s teary-eyed husband who alerted her to the news: She’d been nominated for her first Oscar, for best actress, for her performance as a troubled one-time lottery winner in the microbudget indie “To Leslie.”

“It’s sort of surreal,” Riseborough, 41, said. She will compete alongside such well-known names as Cate Blanchett (“Tár”), Michelle Williams (“The Fabelmans”), Michelle Yeoh (“Everything Everywhere All at Once”) and Ana de Armas (“Blonde”). “There’s a large part of me that’s really unable to accept that it’s happened.”

The film, which according to BoxOfficeMojo made just $27,322 after a limited October release, has been seen by approximately no one — with the exception of some of Riseborough’s very famous friends.

Dozens of actors including Gwyneth Paltrow, Edward Norton and Sarah Paulson took to social media in recent weeks to trumpet their enthusiastic support of Riseborough’s performance — just as voting for the Oscar nominations began.

“Andrea should win every award there is and all the ones that haven’t been invented yet,” Paltrow captioned an Instagram photo of herself; Riseborough; the film’s director, Michael Morris (“Better Call Saul”); and Demi Moore on Jan. 11 following a screening.

Interviews With the Oscar Nominees

Norton (“Glass Onion: A Knives Out Mystery”) wrote on Instagram that Riseborough’s portrayal “knocked me sideways.”

“It’s about the most fully committed, emotionally deep, physically harrowing performance I’ve seen in a while,” he wrote of the actress’s performance as an alcoholic, manipulative mother in West Texas.

Blanchett even used her acceptance speech at the Critics Choice Awards to give a shoutout for Riseborough’s performance. “It is arbitrary considering how many extraordinary performances there have been by women, not only in this room,” she said. “Andrea Riseborough, Tang Wei, Penélope Cruz, the list goes on and on and on.”

Critics also showered praise on the film, which has a 98 percent fresh rating on Rotten Tomatoes, though it was largely passed over at awards ceremonies like the Golden Globes and the Critics Choice Awards. Reviewing the film for The New York Times, Beandrea July wrote that Riseborough “gives a deft performance” in the film, which she called a “deceptively simple yet heart-wrenching character study.” (It was Morris’s feature directorial debut.)

“The most exciting thing about this moment is that so many more people are going to see this film,” said Riseborough, who is known for her chameleonic work in “Birdman” and “W.E.”

In a phone conversation on Tuesday afternoon from London, where she is shooting the HBO limited series “The Palace,” a political satire about a year in an unraveling authoritarian regime, the British actress discussed the groundswell of support from her famous friends, what appealed to her about the role, and the performance this year by another actor that has moved her the most. Here are excerpts from the conversation.

Congratulations! Were you watching the nominations?

My other half, Karim [Saleh], was watching them — I try not to think too much about it, if you know what I mean. And then he saw it on the screen and just burst into tears.

How much did you expect to be nominated?

Not at all. Even if there’s support for a film or a performance, it’s very difficult to even comprehend being included in the conversation when you’ve not been part of the other conversations — the Critics Choice Awards and SAG — the things that we all celebrate and that we look toward to direct us.

What has it been like to see so many of your friends get behind the film?

The thing that feels most exciting is being acknowledged by your community. It’s a marker by which we measure ourselves in so many ways — by those we aspire to be like, or those we admire. So it’s huge. A wonderful, warm feeling of being supported and recognized.

How did you get involved in the film?

Michael Morris, the director, and I had worked together on “Bloodline,” and a couple of years later he brought this script to me, by Ryan Binaco, a brilliant young screenwriter who had written a love song to his mother. Immediately I knew that I wanted to make that film and two years later, we did — after a good, long stewing period of not being able to get it financed. We shot it in 19 days, and it was all one or two takes, mostly, because we didn’t have a lot of time. By the time we got to actually making it, it felt like an explosion, because it had been in our bones for so long.

What appealed to you about the role?

A character like Leslie, once she gets inside you, you can’t really shake her off. All of us have been in the orbit of a Leslie, or felt very much like we identify with her and the way she lets down those she loves over and over again. So she’s quite a large character to let into your consciousness, for all of us — I don’t just mean for me playing her, for everybody on the film, cast and crew.

When I read the screenplay, I didn’t feel that it was telling me how I should feel about the character or whether I should judge her. When I talk to people who haven’t watched the film, they can identify with her even though she’s letting herself and the people she loves down in so many ways.

So many people have been shouting out this film lately. Are there any other films or performances from the past year you’ve been especially moved by?

I really, really loved John Douglas Thompson in “Till.”