Avengers Endgame saw the end of Tony Stark, but Iron Man could be getting a new mantle holder in the future of the MCU. No, not Peter Parker, he’s still Spider-Man. Instead, Downey Jr has publicly backed Ironheart to follow on from him in the comic book franchise. The star made the announcement at the Renaissance Gala at the Gene Siskel Film Centre.

A witness tweeted: “The real story here is that @RobertDowneyJr said publicly in a room full of people that #Ironheart should be in the MCU.

“I went straight back to the press area afterward and was like YOU ALL HEARD IT, WRITE THAT DOWN.”

Marvel fans will know Ironheart as Riri Williams, the black female superhero who is mentored by Tony Stark in the comics.

The teenager is an MIT tech genius just like Iron Man and basically becomes his female replacement. 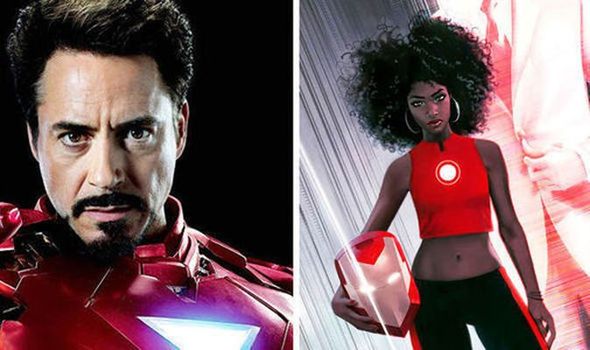 Speaking with Screen Rant last year Feige said: “Eventually I think we’re going to reach a time where it’s not just… listen, it would be amazing to see all of our female characters the way we have seen … most, never all male, but primarily male.

“I think we’re getting to the point soon where we have so many great female characters that those are just our heroes as opposed to when are they all female, all male.

“It’s just the Marvel heroes, more than half of which will be women.” 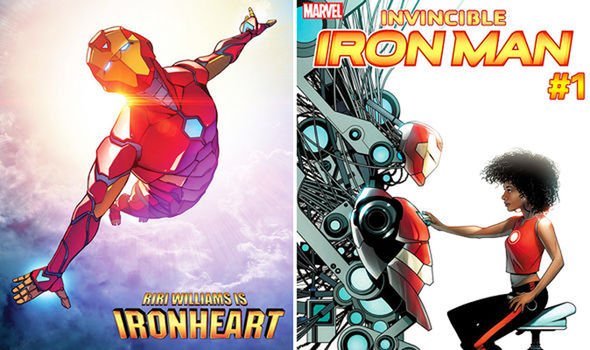 And with Downey Jr encouraging press publicity of his support, it’s clear he wants to lobby for Ironheart to enter the MCU as soon as possible.

The list is made up of the best unproduced scripts in Hollywood.

The Black List’s official Twitter feed teased the plot: “When a young African American girl loses hope in humanity, she dedicates her life, with the help of Tony Stark, to becoming a superhero… not knowing she is her own worst enemy…”