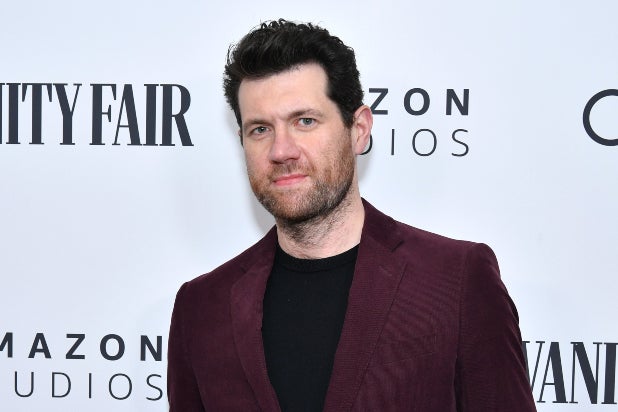 Universal has set “Bros,” a romantic comedy starring and co-written by Billy Eichner, for release on August 12, 2022.

Universal is touting Eichner’s “Bros” as the first openly gay man to star and co-write his own major studio film. And “Bros” is certainly the rare major studio romantic comedy that will feature two gay leads as they each try to maybe, possibly, probably stumble towards love…that is, if they can find the time. They’re both very busy.

Nicholas Stoller (“Neighbors,” “Forgetting Sarah Marshall”) is directing “Bros,” and Stoller also co-wrote the screenplay with Eichner. The film is described as a smart, swoony and heartfelt comedy about finding sex, love and romance amidst the madness.

“Bros” is produced by Judd Apatow, Stoller and Joshua Church (co-producer “Trainwreck,” “Step Brothers”), and Billy Eichner also serves as an executive producer on the film.

Eichner is well known for his comedy series “Billy on the Street,” where he parades celebrities through Manhattan and hilariously shouts at random passersby questions about pop culture and movie trivia or whether they’d like to have sex with Paul Rudd, all in the hopes of winning a dollar or some other obscure curio. He also recently starred in “Noelle” and was the voice of Timon in “The Lion King” live-action remake. He’ll next star as journalist Matt Drudge in Ryan Murphy’s “Impeachment: American Crime Story.”