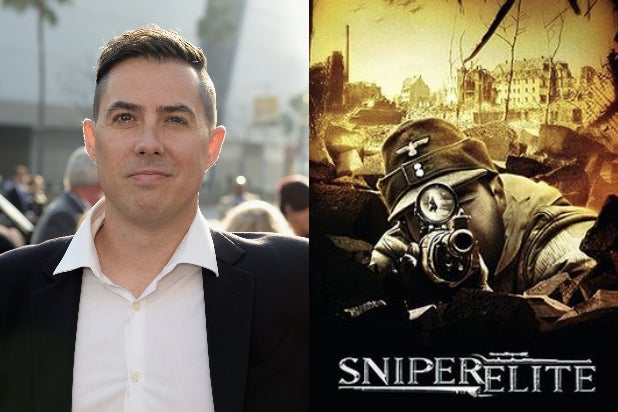 Peyton is attached to direct “Sniper Elite” as a character-driven, action thriller about an Allied soldier during the height of the Blitz in World War II who engages in a cat-and-mouse chase through London with a Nazi assassin set on killing British Prime Minister Winston Churchill.

“A Garden at the End of the World” writer Gary Graham wrote the script based on the video game franchise from game studio Rebellion. The game has a mantra that “one bullet can change history,” and the film is being positioned as “Sherlock Holmes” meets “The Bourne Identity,” with the characters caught on the ground as bombs are raining down on the British capital during its darkest hour. The film’s hero will have to make a choice between the fate of war and confronting his deepest secret.

The video game franchise first launched in 2005 and has sold over 30 million units across eight different sequels and spinoffs, with the most recent game “Zombie Army 4: Dead War,” releasing in 2020 and giving a zombie spin on WWII stealth shooters.

Jean-Julien Baronnet of Marla Studios, who produced the film adaptation of “Assassin’s Creed,” is producing “Sniper Elite” along with Jason Kingsley, CEO of the game’s producer Rebellion. Baronnet is the former CEO of Luc Besson’s EuropaCorp and the former CEO of Ubisoft Motion Pictures.

“There’s so much tension and character in this story, the potential for taut, exciting action is all there. What’s amazing about Sniper Elite is its focus on stealth and strategy, but also fun and incredible twists,” Peyton said in a statement. “I can’t wait for audiences to follow and care for a hero that will have to face the most dangerous and challenging mission of his life.”

Peyton directed Dwayne Johnson in “Rampage” in 2018, which was based on the classic monster arcade game and grossed $428 million worldwide. He also directed Johnson in the disaster film “San Andreas” and is a director and producer on the series “Daybreak.” Next up for Peyton is “Universe’s Most Wanted” for AGC Studios with Dave Bautista starring.