Three weeks after triumphing at Cannes, the South Korean black comedy Parasite has won the competition at the Sydney Film Festival. 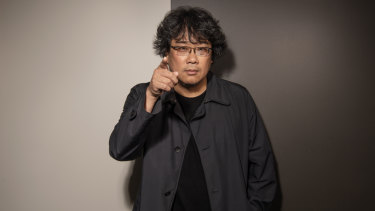 Director Bong Joon-ho, whose films Snowpiercer and Okja have been warmly received at past festivals, received a rock star reception from the city's Korean community and tourists at the premiere on Saturday night as his country's first winner of Cannes prestigious Palme d'Or.

He ignored a heckler on the red carpet who called "Tarantino's better" in response to Parasite beating the American director's acclaimed Once Upon a Time … in Hollywood in France.

Smoothly switching between comedy and drama before turning into a thriller, Parasite centres a family so poor they hunt around their shabby basement apartment for free Wi-Fi before conning their way into the lives of a wealthy family. 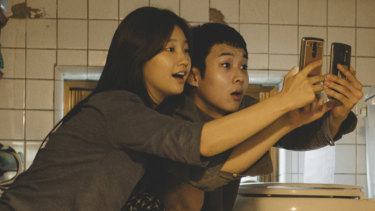 Bong laughed when he learnt from the Herald at the premiere that the director of the winning film in the competition for "courageous, audacious and cutting edge" cinema would receive $60,000.

Now considered one of the world's leading directors, Bong said he was grateful to the festival for programming his Netflix sci-fi fantasy Okja two years ago when others were sceptical about films made for the streaming service. 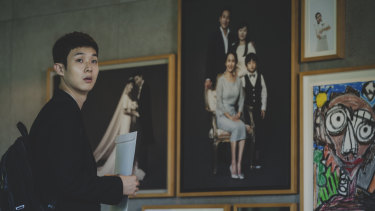 "Parasite has an outrageous disregard for genre conventions," jury president John Maynard said. "It is tender and brutal, beautiful and harsh, funny and tragic, and a masterwork in its exploration of class."

Continuing to expand, the festival reported a record 188,000 people attended paid and free events – up 10 per cent on last year.

The $10,000 Australian documentary competition was won by Erica Glynn's She Who Must Be Loved, which tells the life story of her trailblazing mother, Freda Glynn, co-founder of  the Central Australian Aboriginal Media Association and Imparja Television.

There was further Indigenous recognition with the $10,000 Sydney-UNESCO city of film award going to Rachel Perkins and Darren Dale from Blackfella Films, producer of Redfern Now, Deep Water and Filthy Rich & Homeless.

A former Cannes winner, Charles Williams's All These Creatures, won best live-action short and the Rouben Mamoulian prize for best director in the Dendy Awards.

Best animated short went to Lee Whitmore for Sohrab and Rustum, with best screenplay in a short going to Michael Hudson for Ties That Bind. 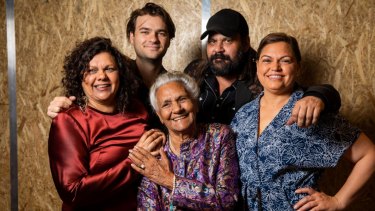