Does 'Black Widow' Have a Post-Credits Scene?

The MCU has returned to theaters — has the franchise’s love of post-credits teases returned as well? 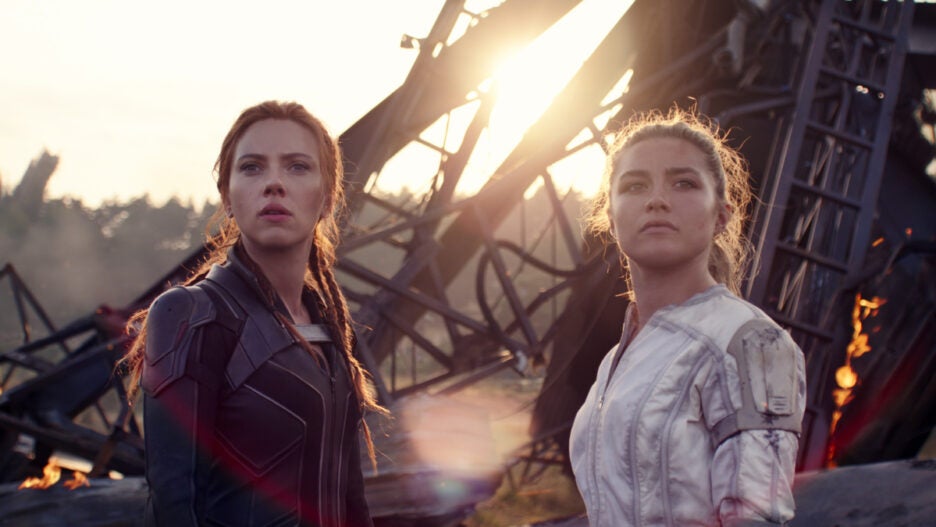 After a much longer than expected wait, the Marvel Cinematic Universe has returned to the big screen with “Black Widow.” It’s hard to believe it’s been two years since the release of “Spider-Man: Far From Home” — 2019 feels like both a lifetime ago and just yesterday — but the Marvel juggernaut is once again in full swing in theaters and on Disney+.

And that means post-credits scenes, right? Those bonus scenes during and/or after the credits have been a staple of the MCU since the very beginning, with “Avengers: Endgame” being the only movie to not have one. And even the Disney+ series have been getting in on that practice.

“Black Widow” is not an exception. As has become the norm, there are two extra scenes to look out for, and they follow the usual pattern. The first, during the credits, is a little epilogue of sorts. And the second, at the very end of the credits, is a tease for some future MCU thing: in this case, it’s the “Hawkeye” series that’s coming to Disney+ later this year.

The rest of this post will discuss the content of those bonus scenes. Which is to say there will be spoilers.

The mid-credits scene isn’t all that exciting, though it will likely prompt a lot of questions from the audience.

Two weeks after they brought down the Red Room, Black Widow (Scarlett Johansson) finally gets that quinjet she’d been asking her friend for the whole movie. This is almost certainly the same quinjet she flew around with Captain America and Falcon before “Avengers: Infinity War,” so that’s a nice little nod.

If you, like everyone else, are wondering why Natasha wasn’t in prison, well, we don’t have an answer for you. Director Cate Shortland told TheWrap that the movie is being intentionally obtuse about that. One assumes that means we’ll get those details some other time.

The post-credits scene is a bigger deal, though, as it looks ahead to Florence Pugh’s future in the MCU as Yelena. We see her visiting Natasha’s gravestone in a cemetery — but she’s not alone for long. Enter Julia Louis-Dreyfus’s Valentina, who we first met during “The Falcon and the Winter Soldier.”

As we saw there, Valentina is recruiting. For what purpose, we don’t know, but clearly her motives are suspect if she’s grabbing a knockoff Captain America and lying to Yelena right off the bat.

See, Valentina pulls in Yelena by offering to help her get the man responsible for Natasha’s death: Clint Barton, aka Hawkeye. And Black Widow’s best friend.

Now, we know that Clint tried to sacrifice himself for the Soul Stone specifically so Natasha wouldn’t have to — in that way, he’s perhaps less responsible for her death than anyone else in the universe.

So Valentina is obviously untrustworthy, but we’ll have to wait a bit longer to find out what she’s actually trying to do here. 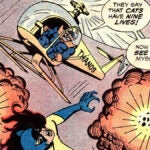 The fact that Marvel is using “Black Widow” to tease one of the TV shows is pretty interesting, and proves that they really are committed to having the films and series interact back and forth in a real way — as opposed to how the previous MCU shows only ever got one single meaningful reference across all the movies. Expect more of this as we get more MCU movies.