‘Don’t Look Up’: Adam McKay Reveals How ‘Step Brothers’ and 'The Other Guys' Characters Would Fare During the Movie’s Impending Apocalypse

Adam McKay’s Don’t Look Up introduces a comet hurtling toward Earth. The various characters in the movie respond differently as a result of political and social ideals. The satire is headed to the Oscars 2022, which brings McKay back into the awards conversation. He recently revealed how his characters from Step Brothers and The Other Guys would fare during the Don’t Look Up apocalypse.

‘Don’t Look Up’ is a satire about the impending apocalypse

Don’t Look Up follows low-level astronomer Dr. Randall Mindy (Leonardo DiCaprio) and Ph.D. candidate, Kate Dibiasky (Jennifer Lawrence). The latter discovers that a massive comet is on a collision course with Earth. President Orlean (Meryl Streep) ignores their pleas. As a result, Dr. Mindy and Dibiasky head on a media tour to warn the world about their impending doom.

McKay’s Don’t Look Up screenplay is a satire on the current political, social, and environmental climate. He wrote it before the coronavirus (COVID-19) pandemic started, although it draws many parallels with real-life events. Scientists are begging for the world to listen to their pleas, although the media, the government, and the world refuse to listen. 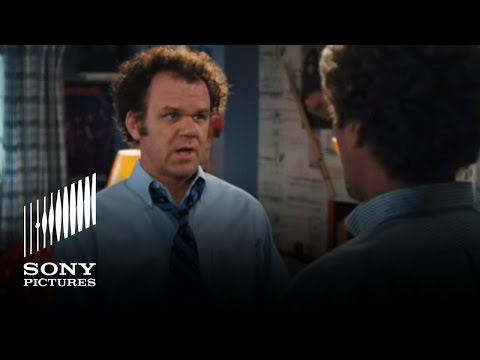 Variety interviewed McKay to talk about Don’t Look Up heading to the Oscars 2022. The interviewer asked him which characters from his previous films would fare best and worst during the impending comet apocalypse in his newest movie. McKay started by saying which would fare the best.

“Dale and Brennan from Step Brothers would do great in Don’t Look Up,” McKay said. “They would be completely down with the Don’t Look Up movement. They would be selling shovels for $3,000 a piece. Until the moment the comet hits, they would not believe it’s real. They would be playing video games. They’d have the most even-keeled emotional response to the approaching comet.

Meanwhile, McKay also responded which of his previous characters would fare the worst during Don’t Look Up.

McKay continued: “Will Ferrell’s character from The Other Guys would totally know the comet is real and know every detail about it and would be freaking out while Mark Wahlberg’s character was trying to put drug dealers in jail.”

The Don’t Look Up filmmaker is particularly curious regarding how one particular character from Succession would handle the situation.

“I’d be curious how Logan Roy [from Succession] would react,” McKay said. “Logan Roy would be trying to leverage it for getting his stock price up for their media company Waystar RoyCo. I don’t think he’d be rattled by it. He’d be building an underground bunker and survive it. The Roys would probably survive.”

Adam McKay heads to the Oscars 2022

McKay’s Don’t Look Up surprised many awards analysts with earning 4 Oscar nominations. The film is up for Best Picture, Best Film Editing, Best Original Score, and Best Original Screenplay. Don’t Look Up initially had some awards buzz earlier in the year. However, the critic and audience reactions are mixed. On the other hand, some analysts are saying that the Academy snubbed DiCaprio out of a nomination.

Don’t Look Up has some fierce competition. The Best Picture category consists of Belfast, CODA, Drive My Car, Dune, King Richard, Licorice Pizza, Nightmare Alley, The Power of the Dog, and West Side Story. Jane Campion’s The Power of the Dog and Kenneth Branagh’s Belfast are the two films that lead the pack with the most buzz.

Don’t Look Up is currently streaming exclusively on Netflix.