Emma Thompson and the Challenge of Baring All Onscreen at 63

The actress made the choice to disrobe. Still, she says, it was the most difficult thing she’s ever done in her four-decade career.

If “you want the iconography of the female body to change,” Emma Thompson said, “then you better be part of the change.”Credit…Charlotte Hadden for The New York Times 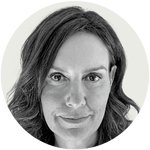 It’s the shock of white hair you notice first on Emma Thompson, a hue far more chic than anything your average 63-year-old would dare choose but one that doesn’t ignore her age either. It’s accompanied by that big, wide smile and that knowing look, suggesting both a wry wit and a willingness to banter.

And yet, Thompson begins our video call by MacGyvering her computer monitor with a piece of paper and some tape so she can’t see herself. “The one thing I can’t bear about Zoom is having to look at my face,” she said. “I’m just going to cover myself up.”

We are here across two computer screens to discuss what is arguably her most revealing role yet. In the new movie “Good Luck to You, Leo Grande,” directed by Sophie Hyde, Thompson is emotionally wrought and physically naked, and not in a lowlight, sexy kind of way.

Thompson plays Nancy, a recently widowed, former religious schoolteacher who has never had an orgasm. At once a devoted wife and a dutiful mother harboring volumes of regret for the life she didn’t live and the dull, needy children she raised, Nancy hires a sex worker — a much younger man played by relative newcomer Daryl McCormack (“Peaky Blinders”) — to bring her the pleasure she’s long craved. The audience gets to follow along as this very relatable woman — she could have been your teacher, your mother, you — who in Thompson’s words “has crossed every boundary she’s ever recognized in her life,” grapples with this monumental act of rebellion.

“Yes, she’s made the most extraordinary decision to do something very unusual, brave and revolutionary,” Thompson said from her office in North London. “Then she makes at least two or three decisions not to do it. But she’s lucky because she has chosen someone who happens to be rather wise and instinctive, with an unusual level of insight into the human condition, and he understands her, what she’s going through, and is able gently to suggest that there might be a reason behind this.”

Thompson met the challenge with what she calls “a healthy terror.” She knew this character at a cellular level — same age, same background, same drive to do the right thing. “Just a little sliver of paper and chance separates me from her,” she quipped.

Yet the role required her to reveal an emotional and physical level of vulnerability she wasn’t accustomed to. (To ready themselves for this intimate, sex-positive two-hander that primarily takes place in a hotel room, Thompson, McCormack and Hyde have said they spent one of their rehearsal days working in the nude.) Despite a four-decade career that has been lauded for both its quality and its irreverence and has earned her two Academy Awards, one for acting (“Howards End”) and one for writing (“Sense and Sensibility”), Thompson has appeared naked on camera only once: in the 1990 comedy “The Tall Guy,” opposite Jeff Goldblum.

She said she wasn’t thin enough to command those types of skin-baring roles, and though for a while she tried conquering the dieting industrial complex, starving herself like all the other young women clamoring for parts on the big screen, soon enough she realized it was “absurd.”

“It’s not fair to say, ‘No, I’m just this shape naturally.’ It’s dishonest and it makes other women feel like [expletive],” she said. “So if you want the world to change, and you want the iconography of the female body to change, then you better be part of the change. You better be different.”

For “Leo Grande,” the choice to disrobe was hers, and though she made it with trepidation, Thompson said she believes “the film would not be the same without it.” Still, the moment she had to stand stark naked in front of a mirror with a serene, accepting look on her face, as the scene called for, was the most difficult thing she’s ever done.

“To be truly honest, I will never ever be happy with my body. It will never happen,” she said. “I was brainwashed too early on. I cannot undo those neural pathways.”

She can, however, talk about sex. Both the absurdities of it and the intricacies of female pleasure. “I can’t just have an orgasm. I need time. I need affection. You can’t just rush to the clitoris and flap at it and hope for the best. That’s not going to work, guys. They think if I touch this little button, she’s going to go off like a Catherine wheel, and it will be marvelous.”

There is a moment in the movie when Nancy and Leo start dancing in the hotel room to “Always Alright” by Alabama Shakes. The two are meeting for a second time — an encounter that comes with a checklist of sexual acts Nancy is determined to plow through (pun intended). The dance is supposed to relieve all her type-A, organized-teacher stress that’s threatening to derail the session. Leo has his arms around her neck, and he’s swaying with his eyes closed when a look crosses Nancy’s face, one of gratitude and wistfulness coupled with a dash of concern.

To the screenwriter, Katy Brand, who acted opposite Thompson in the second “Nanny McPhee” movie and who imagined Thompson as Nancy while writing the first draft, that look is the point of the whole movie.

“It’s just everything,” Brand said. “She feels her lost youth and the sort of organic, natural sexual development she might have had, if she hadn’t met her husband. There is a tingling sense, too, not only of what might have been but what could be from now on.”

Brand is not the first young woman to pen a script specifically for Thompson. Mindy Kaling did it for her on “Late Night,” attesting that she had loved Thompson since she was 11. The writer Jemima Khan told Thompson that she had always wanted the actress to be her mother, so she wrote her a role in the upcoming film “What’s Love Got to Do With It?”

“I think the thing that Emma gives everybody and what she does in person to people, and also via the screen, is that she always somehow feels like she’s on your side,” Brand said. “And I think people really respond to that. She will meet you at a very human level.”

The producer Lindsay Doran has known Thompson for decades. Doran hired her to write “Sense and Sensibility” after watching her short-lived BBC television show “Thompson” that she wrote and starred in. The two collaborated on the “Nanny McPhee” movies, and are working on the musical version, with Thompson handling the book and co-writing the songs with Gary Clark (“Sing Street”).

To the producer, the film is the encapsulation of a writer really understanding her actress.

Reviewing “Leo Grande,” for The New York Times, Lisa Kennedy called Thompson “terrifically agile with the script’s zingers and revelations,” while Harper’s Bazaar said Thompson was “an ageless treasure urgently overdue for her next Oscar nomination.”

The obvious trajectory for a film like this should be an awards circuit jaunt that would probably result in Thompson nabbing her fifth Oscar nomination. But the film, set to debut on Hulu on Friday, will not have a theatrical release in the United States.

Thompson doesn’t mind. “​​It is a small film with no guns in it, so I don’t know how many people in America would actually want to come see it,” she said with a wink.

That may be true. But more consequently, because of a rule change by the Academy of Motion Picture Arts and Sciences that reverts to prepandemic requirement of a seven-day theatrical release, “Good Luck to You, Leo Grande” is not eligible for Oscar consideration, a reality that the director Sophie Hyde is not pleased with.

“It’s really disappointing,” Hyde said. “I understand the desire to sort of protect cinema, but I also think the world has changed so much. Last year, a streaming film won best picture.” She argued that her film and others on streaming services aren’t made for TV. They are cinematic, she said, adding, “That’s what the academy should be protecting, not what screen it’s on.”

Thompson, for one, seems rather sanguine about the whole matter. “I think that, given the fact that you might have a slightly more puritanical undercurrent to life where you are, that it might be easier for people to share something as intimate as this at home and then be able to turn it off and make themselves a nice cup of really bad tea,” said Thompson, laughing. “None of you Americans can make good tea.”