The star is the best thing about Michael Pearce’s film, which mixes ”Invasion of the Body Snatchers“ with a more serious character study 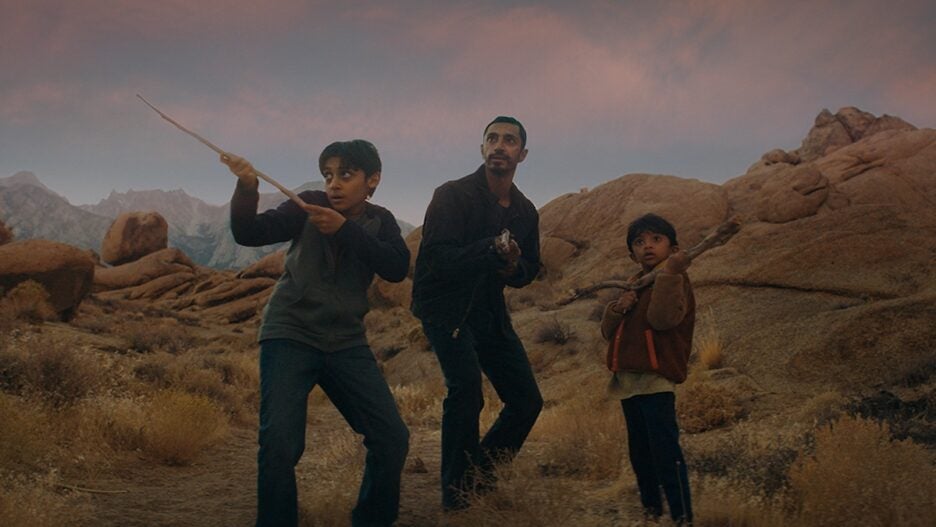 This review of “Encounter” was first published on Sept. 10 after its premiere at TIFF 2021.

British director Michael Pearce has come up with a bold and nervy puzzle in “Encounter,“ a sci-fi/character study hybrid that premiered at Telluride and came to the Toronto International Film Festival in September. But he spends too much time keeping his audience off-balance and not enough time coming up with a satisfying answer to what the movie should be; for a film that bobs and weaves and goes all over the place, “Encounter” is curiously flat.

As an ex-Marine who fashions himself as the Kevin McCarthy character in “Invasion of the Body Snatchers” (i.e., he sees the alien invasion that nobody else can), Riz Ahmed gives it his all – and as more substantial movies like “Sound of Metal” have shown, few actors can put across hair-trigger volatility and deep wounds the way Ahmed can.

And at first, the Amazon movie seems to be on his side: It opens, after all, with an object hurtling through the atmosphere and to the ground in a forest, where it’s set upon by bugs who feast on it and then on people, transferring their non-terrestrial micro-organisms into unsuspecting humans. At least that’s the theory that Malik Khan (Ahmed) has formulated – and since we saw it play out in the opening sequence, who are we to doubt him? 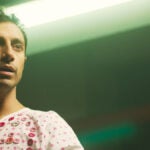 Before long, though, we start to wonder. Malik isn’t just obsessed to the point where he blankets his body with bug spray and sees signs of alien possession in everyone around him – he also shows up in the middle of the night to take his two young sons out of the home where they live with his ex-wife and her new husband. At first he says it’s for fun, but he later confesses, “This ain’t a road trip, it’s a rescue mission,” and that they’re going to a base in the Nevada desert where a group of scientists are working on a cure.

Almost every frame is crawling with bugs of one sort or another; if this is a sci-fi alien invasion movie, it’s a creepy one. But soon there are signs that there’s more than that going on. Malik drives 100 miles an hour through the desert just for kicks and lets his kids eat all the candy and ice cream they want, then explodes into violence when his excursion is threatened. He tells his kids he’s been on a “secret mission” for the last two years, but it turns out he was actually in Leavenworth military prison for assaulting an officer.

So are we looking at an alien invasion, as the movie initially suggests, or at some serious PTSD, as it starts to imply? “Encounter” wants to have it both ways, so it zigs and zags and lets us see Malik as a potential savior and caring dad one moment, a dangerously irresponsible and deluded one the next.

Ahmed throws himself into the role and becomes an electric bundle of raw nerves; the one thing he can’t really do is make Malik very amusing or lovable, which the movie also seems to want to do on occasion. Along the way Octavia Spencer shows up as his parole officer – and while she doesn’t have enough to do, she grounds the movie just by showing up.

As the family careens down the road through increasingly disturbing adventures, the movie continues to throw out conflicting clues – but it becomes clearer and clearer that it’ll have trouble finding a satisfying way to end this journey, whether it’s a character study that spends too much time pretending to be something pulpier, a sci-fi movie with serious subtext or some combination thereof.

It’s a tribute to Ahmed that the film does find affecting notes at times, and to the young actors who play his sons (Lucian-River Chauhan and Aditya Geddada) that some of the humor lands. (“Aliens like Pop-Tarts?” “Everybody likes Pop-Tarts, Bobby.”) But for a film that tries to be a bravura piece of genre-hopping cinema, “Encounter” too often feels confused rather than assured.