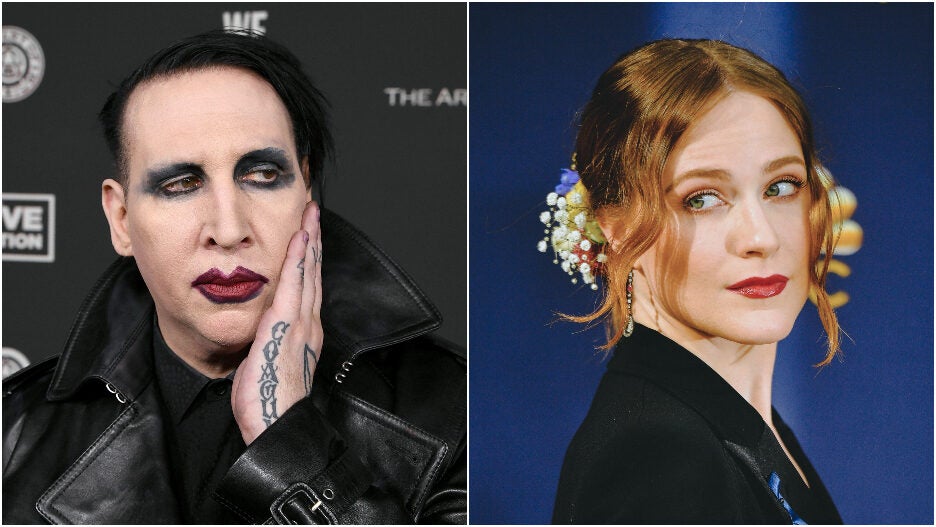 Actress Evan Rachel Wood gave a shout out – not the good kind – to her former fiance, Marilyn Manson, during a recent small concert with her musical partner Zane Carney, dedicating a song about karmic justice to the shock rocker who she has accused of “horrifically” abusing her, capped off with middle finger salute.

Under the name Evan and Zane, the duo performed for a crowd at the Bourbon Room club in Hollywood Saturday, playing a lot of covers like renditions of the Pixies’ “Where Is My Mind” and “White Rabbit” from Jefferson Airplane. But the standout of the night was their cover to the New Radicals’ “You Get What You Give.”

The “Kajillionaire” star picked the hit 1998 song from the Los Angeles band partly because it mentions — and kind of bashes — Manson. It’s also a classic tune about people getting their comeuppance, so the theme was pretty on point to make her opinion of the musician known. 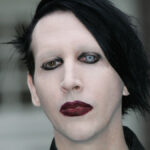 Before singing the song, Wood said to the audience, “I’ve been saving this but it seems like an appropriate time.” In the caption of the video she posted on Instagram, Wood added that the song is “for my fellow survivors who got slapped in the face this week. I love you. Don’t give up.”

Wood is referencing an appearance Manson made alongside Kanye West at a listening party in Chicago to promote West’s new album, “Donda.” West, Manson and rapper DaBaby — who’s recently faced backlash for homophobic statements at a concert — all showed up to hype the album, which features them both.

When Wood hit the lyrics in the song that say “Fashion shoots with Beck and Hanson/ Courtney Love and Marilyn Manson/ You’re all fakes, run to your mansions, come around, we’ll kick your a– in,” Wood made a slight edit to the lyrics. Instead, she just sang, “Marilyn Manson,” then gave a giant middle finger — not to the audience, really, but to Manson.

Take a look at the full video of Wood covering the New Radicals hit below. 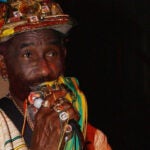 Wood is one of the most prominent people who has accused Manson (real name Brian Warner) of abusing her both sexually and psychologically over a period of years.

The “Westworld” star said Manson groomed her and that the two began a “horrifically” abusive relationship when she was 18 and he was 36. Now age 33, Wood hasn’t been shy about speaking up about her experience being engaged to Manson from 2010 to 2011 and is one of several women who have accused him of abuse over the past 25 years.

Wood testified before Congress in 2018 in support of passing the Sexual Assault Survivors’ Bill of Rights across the country and said — without naming Manson at the time — that he “brainwashed her into submission.”

“My self-esteem and spirit were broken,” Wood said at the time. “I was deeply terrified and that fear lives with me to this day. What makes me more hurt and more angry than the actual rape and abuse itself, was that piece of me that was stolen, which altered the course of my life.”