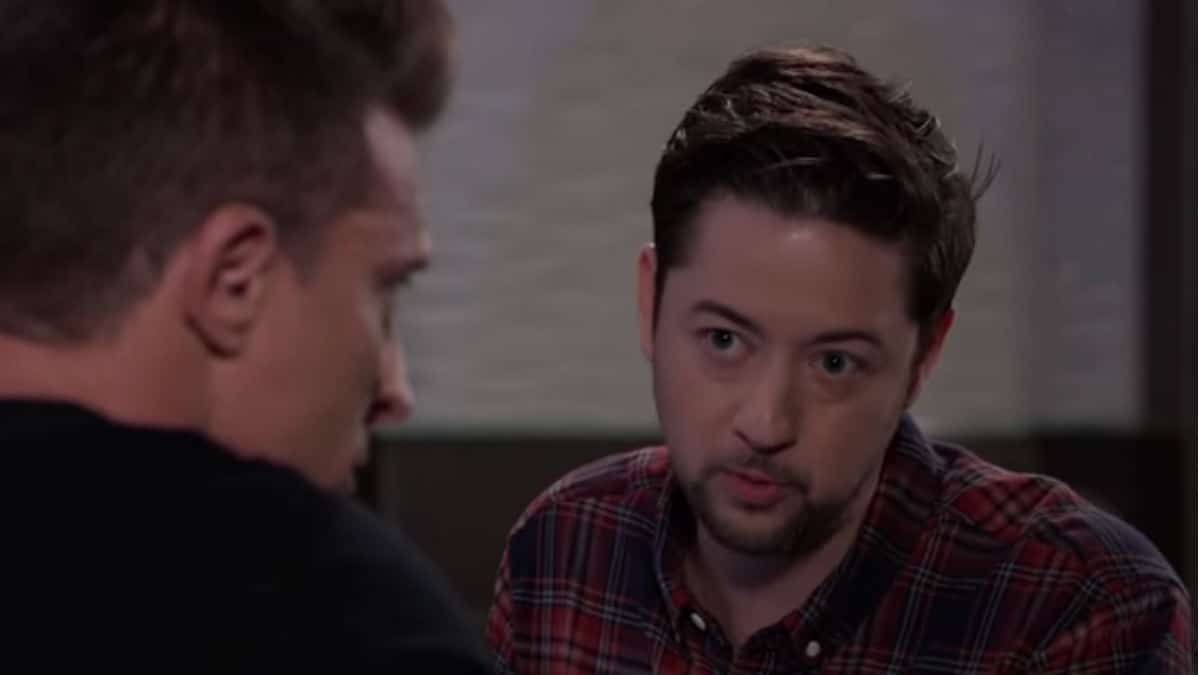 General Hospital fans with a taste for wordplay and charming computer nerds are in luck as Damian Spinelli (Bradford Anderson) returns this week to put his spin on current events.

In honor of the Spinmeister’s amazing run on the ABC soap, let’s take a look back at some of his most memorable moments.

You could argue that almost every moment The Jackal is on air is memorable. Cyber Samson has come a long way since his 2006 debut as a disheveled, shaggy-haired, shady computer hacker.

Over the years, Spinelli has performed numerous nefarious deeds, fallen in love, had his heart broken, nearly had multiple body parts broken by an exasperated Sonny (Maurice Benard), and finally, wound up a respectable husband, father, and legit citizen.

His penchant for wordplay, including bestowing pricelessly perfect names on Port Charles denizens, e.g. Fair Samantha (Kelly Monaco) and Stone Cold (Steve Burton), his intense loyalty, and precision for coming through in a pinch have made him a fan fave as well as a soap character without peer.

Spinelli’s doomed friendship with tragic Georgie Jones (Lindze Letherman) opened up a more reflective side to the character, and his subsequent co-parenting relationship with her sister Maxie (Kirsten Storms) marked a turning point into maturity for The Ace of Cyberspace.

It looked to be the end of the loveable goofball when he took a bullet intended for Maxie, and after surgery, woke up not as Spinelli but as a randy, rowdy, alter ego.

The Legend of Lexicon eventually returned to form and met lab tech Ellie Trout (Emily Wilson), a similar one-of-a-kind entity. Today, they reside off-camera in Portland where they raise Georgie, his daughter with Maxie.

When Spinelli’s singular services are in demand, as they are in the coming days, he returns to Port Charles.

How will the Assassin of the Internet help out pals Jason and Sam in their latest time of need?

Be sure to tune in and find out!